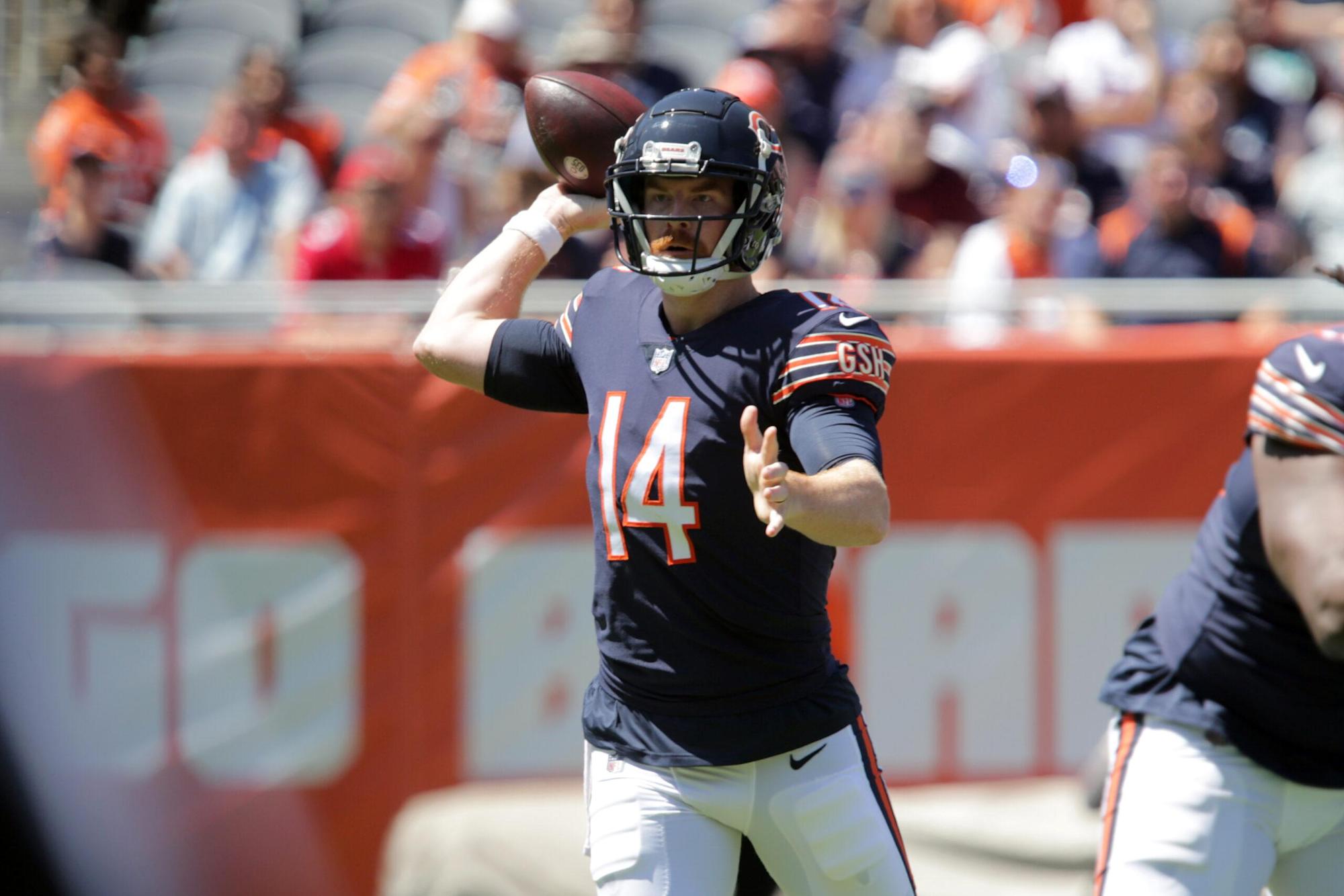 Week two of the preseason is officially underway and the Chicago Bears are once again welcoming an AFC East opponent to Soldier Field. Last week, it was the Miami Dolphins and Saturday it will be the Buffalo Bills.

The headline story here is easily the return of former Bears quarterback Mitchell Trubisky, who is now the backup in Buffalo behind Pro Bowl passer Josh Allen. Trubisky will get the start, however, and should see plenty of reps against his former team as the Bears continue to get rookie quarterback Justin Fields acclimated to the NFL. But aside from that quarterback angle, who else should we be paying attention to when the game kicks off at noon on Saturday?

Here are 10 players on the Bears that I’m keeping my eye on in their second preseason game.

Last week, Fields was the main focus among Bears fans ahead of his pro debut and Andy Dalton was just a footnote. Dalton did get the start but it was Fields who shined. Now, Dalton and the starters are expected to see more time on Saturday and hopefully he can open up the offense a bit to show fans what he’s capable of as the starting quarterback. After Dalton led the offense to just 14 yards in his two drives, I’m looking forward to seeing him do at least a little bit more before we get to the regular season.

Last week, my running back to watch was rookie Khalil Herbert, and he backed up my intrigue as he was heavily involved in the offense. But the player who had the most rushing yards against the Dolphins was Artavis Pierce. The undrafted free agent carried the ball five times for 50 yards, though all of them came on one carry late in the fourth quarter. Pierce saw some action late in the regular season last year but now finds himself scratching and clawing for a roster spot. Can he consistently gain yards when called upon this week? He’s sure to get some chances so let’s see what he does with them.

Thanks to a long list of injuries, veteran Elijah Wilkinson is atop the depth chart at left tackle. He got the start last week against the Dolphins and played fairly well in his first action for the Bears. He now gets the start again, but this time has competition nipping at his heels. Former All-Pro Jason Peters officially began practicing this week after signing last week and rookie Larry Borom returned from a concussion injury suffered two weeks ago. It’s unclear whether either player will see the field Saturday, giving Wilkinson the edge for now. Let’s see if he can continue his steady play and hold onto the starting job.

If the Bears are going to open up the offense a little more with Dalton, they would be wise to look for No. 84 in the process. Wide receiver Marquise Goodwin has had a solid camp thus far and has showed his speed is as advertised, blazing past defenders when the ball gets in his hands. It would be great to see him on full display Saturday and he may see some looks. Perhaps even a deep ball that sees him burn past the Bills’ secondary.

If you’ve been following updates from practice this week, you know tight end Jesper Horsted has been on fire lately. He’s been the go-to tight end in drills over the last few days and looks like a man ready to take hold of a roster spot. I would love to see his great practices translate over to game production. He did have a huge preseason back in 2019 as an undrafted free agent. I believe he’s going to have another strong performance and it begins Saturday.

One of the more under-the-radar performances from last week’s preseason win was the play of defensive tackle Angelo Blackson. Though he only officially registered one tackle on the day, Blackson was making life miserable for Miami’s offensive line. He was constantly getting pressure and working his way into the backfield. Signed as a free agent in the offseason from Arizona, Blackson slots in as a rotational piece on the defensive line for now. He will get plenty of reps this week and could find himself sacking Trubisky at one point.

Alec Ogletree was someone I was watching last week, and I couldn’t take my eyes off him. Aside from one play where he was beat on a deep route, Ogletree showed he’s worthy of a roster spot with four total tackles, one for a loss, and one pass defended. His reward for his stellar play was a promotion up the depth chart, moving up to second string with Christian Jones. Ogletree’s still not guaranteed a roster spot so he’ll have to continue his strong play.

Third-year cornerback Duke Shelley has stood out lately in both camp practices and game action and is making his case to be the starting nickel corner. Shelley led the team in tackles against the Dolphins with five and had one pass defended. He’s been swarming to the ball when he’s been on the field and should see plenty of action yet again on Saturday. Don’t be surprised if he finds himself with a takeaway either.

This one admittedly might be wishful thinking. We’re not sure how much playing time Eddie Jackson is going to get, but he said he’s excited to go against his former teammate and 2017 draft classmate Mitchell Trubisky when speaking with the media on Thursday. Jackson didn’t play last weekend, so he might see more reps than we think. Regardless, how perfect would it be to see Jackson grab a Trubisky overthrow for an interception? You know he will be fired up to face him and hopefully the ball comes Jackson’s way.

It’s hard to imagine anyone beating out the top-four safeties on the Bears right now, but if anyone can do it at this point, it’s Teez Tabor. The veteran defensive back had a nice game against Miami, totaling four total tackles and one pass defended. He followed it up with a solid week of practice that saw him create a few turnovers. He’s sure to see plenty of action against the Bills and while he may have long odds to make the roster, he’s going to make it difficult on the coaching staff to make that decision. [listicle id=478367]