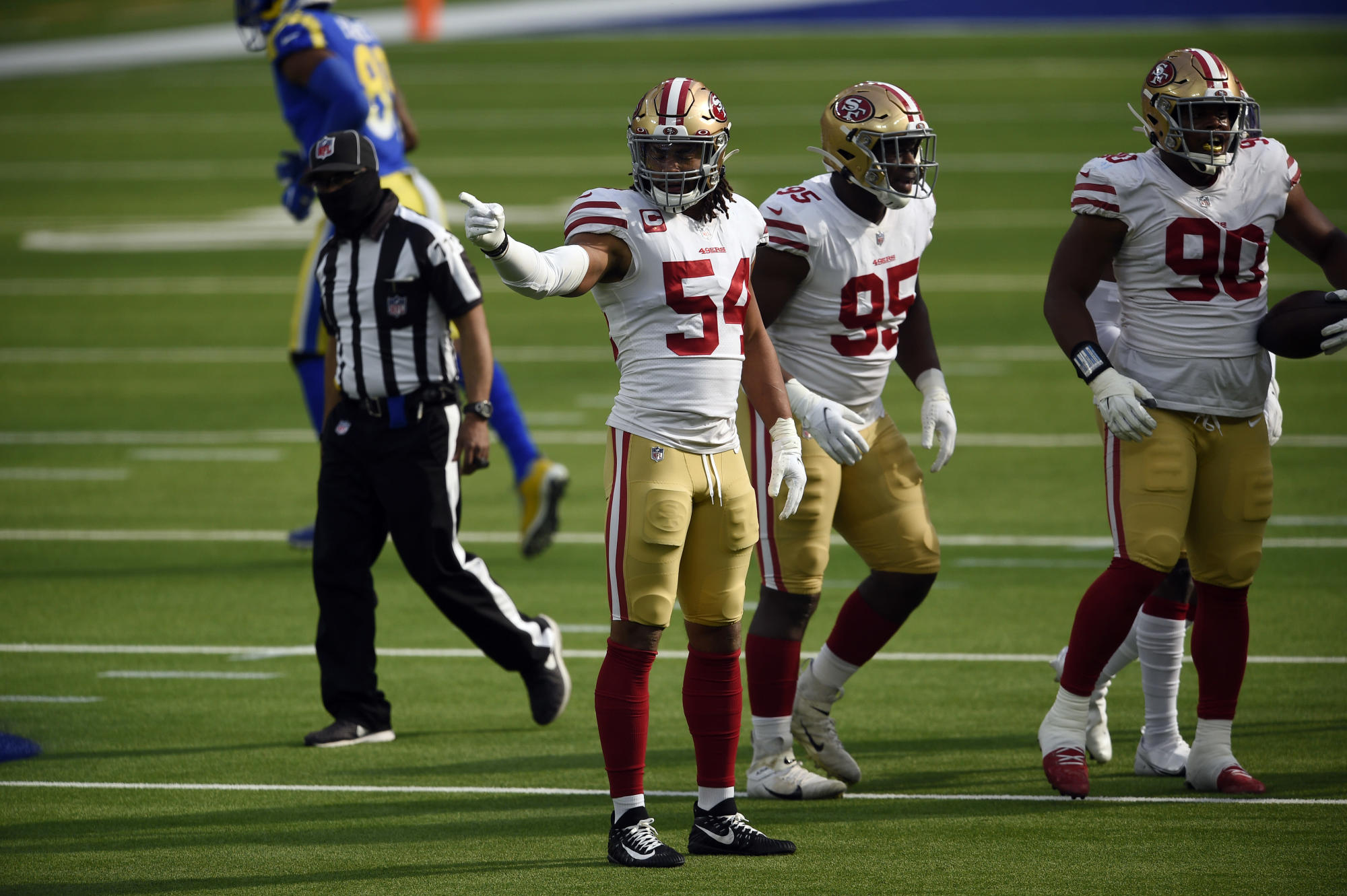 The 49ers’ future is bright, and it’s not just because of their offensive-minded head coach and No. 3 overall pick under center. Their two biggest keys to future success going into 2021 are actually both on the defensive side of the football.

Pro Football Focus highlighted the 25 best players under age 25, and the 49ers were featured heavily early in the list. Linebacker Fred Warner was No. 1, while defensive end Nick Bosa checked in at No. 4.

Warner and Bosa both embody the characteristics required to be successful defenders against modern NFL offenses.

Warner is a sideline-to-sideline linebacker with excellent coverage skills who can also step in and fill gaps against the run. Via PFF:

Warner has become arguably the game’s best linebacker, a position that has become ever-more difficult to play given how good NFL offenses have become at attacking defensive weaknesses. The former third-round pick earned a PFF coverage grade of 91.1 in 2020, allowing a passer rating of just 81.9 into his coverage, some 25 points lower than the average at the position.

Bosa missed virtually all of last season with a knee injury, but still managed to find his way into the top five. He posted 9.0 sacks as a rookie and earned Defensive Rookie of the Year honors. He was also arguably the best player on the field in the 49ers’ Super Bowl LIV loss to the Chiefs. Via PFF:

We have only seen one year of Nick Bosa in the NFL, with injury robbing us of an encore last season. Still, that one year was devastating. Bosa notched 80 total pressures as a rookie, breaking the PFF rookie record. He was still cooking by the Super Bowl, too, where he notched 12 pressures in a losing effort to try and contain Patrick Mahomes and the Kansas City Chiefs.

While all eyes will be on the quarterback position in San Francisco this year, and for good reason, their two best young players will reside on the other side of the ball. If they both maintain their trajectories this year, the 49ers’ defense should once again be formidable enough to help the team make a playoff push regardless of what’s going on under center.