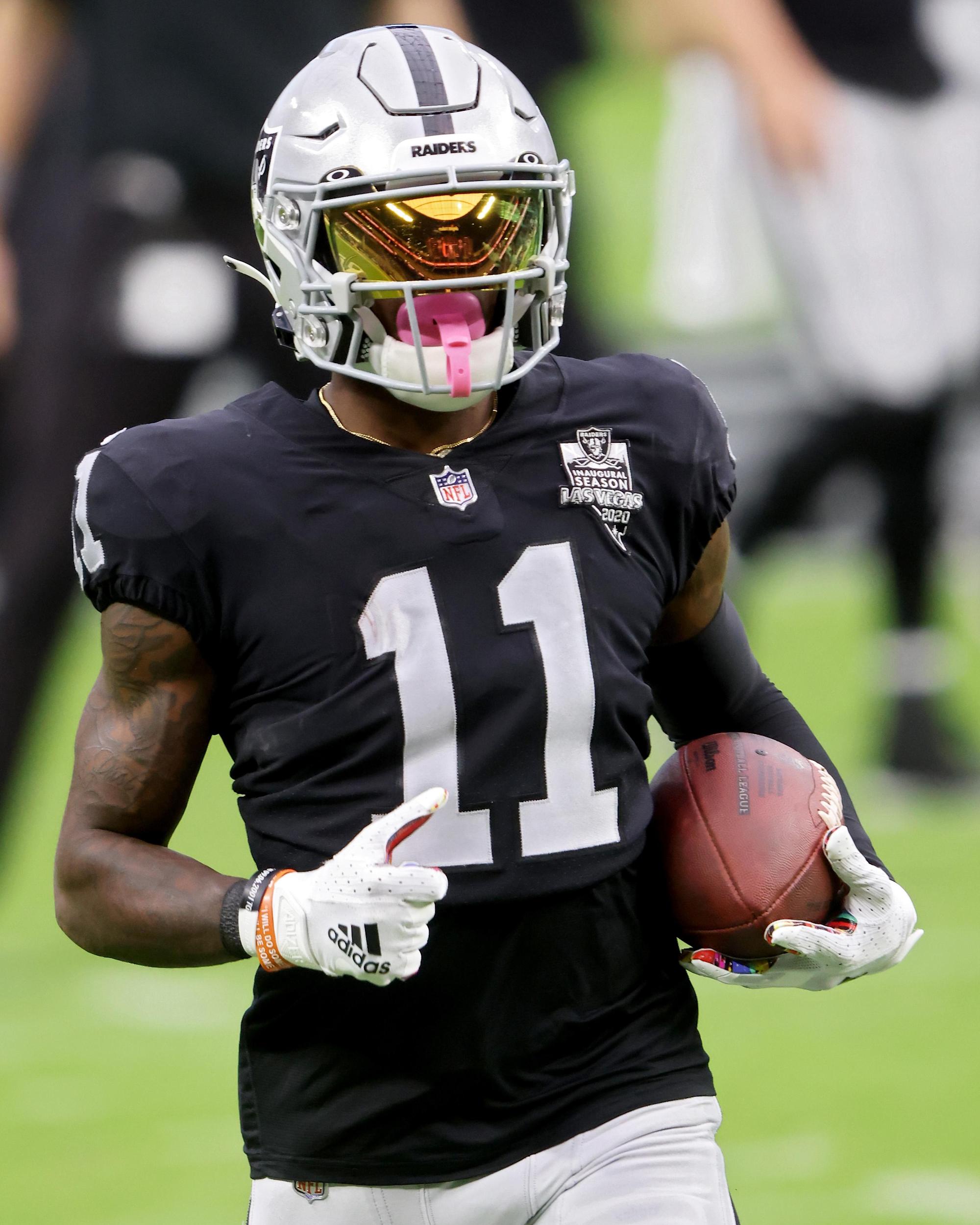 The 2020 draft saw Henry Ruggs III as the first wide receiver taken at 12 overall to the Raiders. One year in, that’s not nearly where the former Alabama speedster places among his fellow 2020 drafted peers.

Draftwire put together a 2020 re-draft to project how that draft would have gone had the NFL had the hindsight of the one year under their belts as NFL players. The most noticeable tumble was Ruggs, who not only was no longer the first wideout taken, he barely slipped into the first round.

Here’s the complete list of first-round receivers in the re-draft with the original draft position in parenthesis:

All seven of the receivers taken ahead of Ruggs in this re-draft put up better numbers last season than Ruggs. Jefferson in particular — originally the fifth WR taken — put up incredible rookie numbers with 18 catches for 1400 yards.

Ruggs caught 26 passes for 452 yards which put ten rookie wide receivers ahead of him including fifth-round pick Darnell Mooney and fourth-round pick Gabriel Davis. The only receiver taken in the first 45 picks to have worse numbers than Ruggs was Jalen Reagor, taken at 21 overall by the Eagles.

The re-draft has the Raiders taking wide receiver Chase Claypool at 19 overall. In the real draft, he was the 11th wide receiver taken in the second round by the Steelers. Then he caught 62 passes for 873 yards and nine touchdowns, becoming a steal at 49 overall.

With the 12 overall picks the Raiders used on Ruggs, the re-draft has them going with safety Jeremy Chinn.

No question Ruggs needs to show great improvement in year two to live up to his draft position.