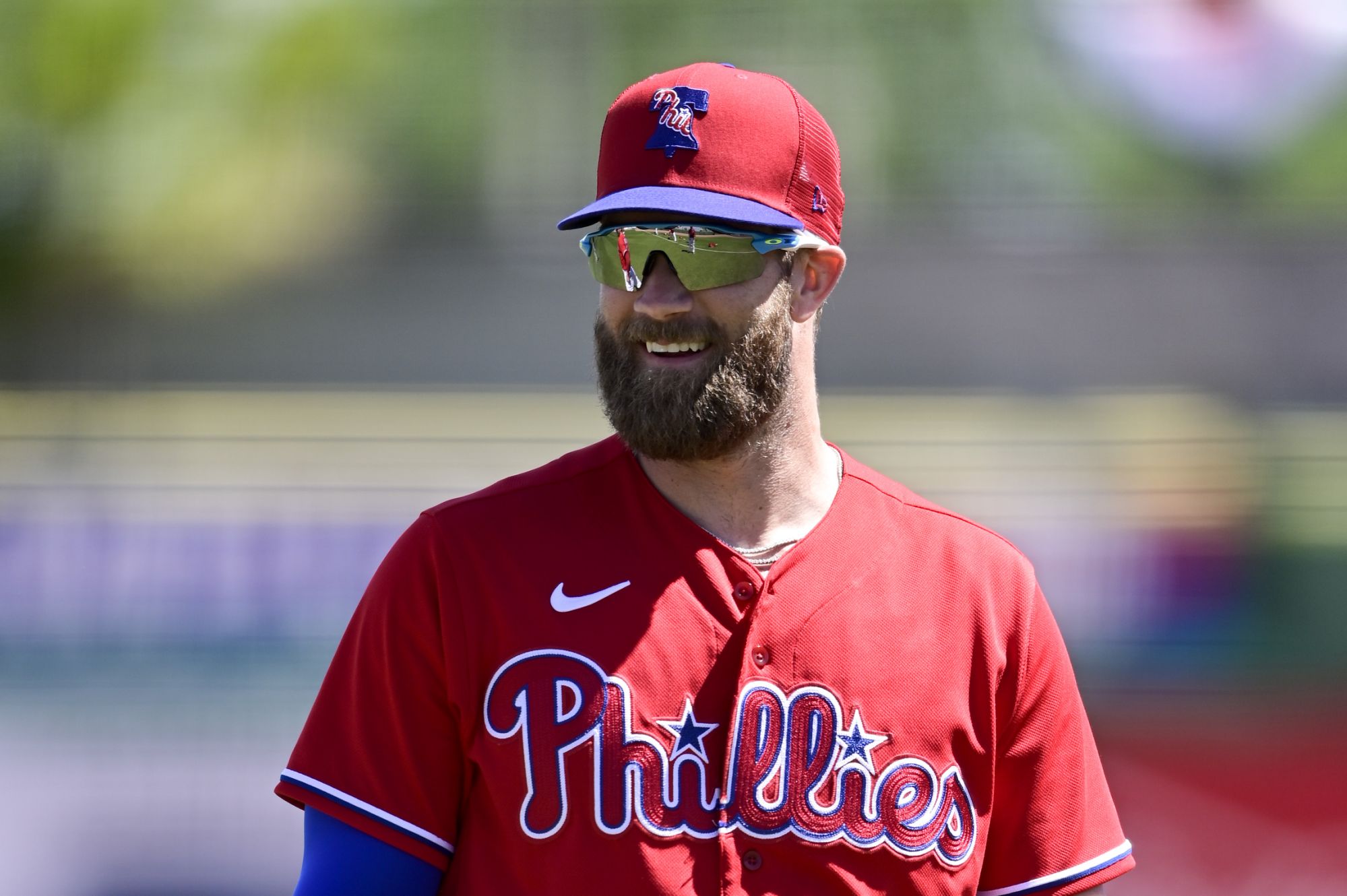 Comments/Fantasy Predictions: The Braves are loaded top to bottom and could easily win the World Series, although a couple of teams out west will be big hurdles … Travis d’Arnaud finishes as the No. 2 fantasy catcher, while Will Smith is a top-10 reliever … Austin Riley clobbers 35+ homers … Max Fried has Atlanta’s highest Yahoo ADP among starters, but Charlie Morton and Ian Anderson both produce more fantasy value and are top-25 SPs.

There’s about a 45% chance Dansby Swanson has a better season than Corey Seager, yet their ADPs are 75 picks apart.

Jacob deGrom should be the first player off fantasy boards. It’s almost unfair baseball’s best pitcher also has the most favorable park, doesn’t have to face a DH, gets an upgraded defense and run support with the addition of Francisco Lindor, and is now throwing 100 mph … Marcus Stroman also benefits from the situation, resulting in a massive profit at draft tables. Stroman > Sandy Alcantara.

Edwin Diaz finishes as the No. 2 fantasy reliever.

Position scarcity is a myth … other than at catcher — act accordingly with J.T. Realmuto … Didi Gregorius finishes as a top-10 fantasy shortstop, while Rhys Hoskins is a top-10 first baseman … If you’re searching for late speed, Roman Quinn is your sleeper … Zack Wheeler has a better fantasy year than Zach Plesac, Kenta Maeda and Lance Lynn.

Bryce Harper is a top-five pick in 2022 fantasy drafts.

The Nationals have a starting rotation that just posted a worse ERA than Baltimore’s last season and would look downright as scary should fragile Stephen Strasburg or 36-year-old Max Scherzer go down. Washington’s bullpen looks even worse. Good thing they have Juan Soto, who recorded a .490 OBP last season as a 22-year-old. It was a shortened season, but Soto’s 201 wRC+ was the highest since Barry Bonds’ 233 (lol) in 2004. Soto put up those monster stats during an outlier year in which Nationals Park was extremely pitcher-friendly while decreasing batting average an NL-high 12%, but it’s typically one of the best places to hit. He might just win MVP anyway despite playing for a fourth-place team.

Anthony Bass’ K rate and stuff don’t jump out, but he quietly posted the third-lowest xwOBA (.222) among all pitchers last season, sandwiched between Trevor Bauer, Trevor Rosenthal, and Devin Williams. That also came with the third-best expected ERA (2.07) in MLB. Bass finishes as a top-12 fantasy reliever … As the great Rob Silver has noted, Jazz Chisholm is a real threat to become baseball’s first .200-20-20 player.

Sandy Alcantara opens the season as Miami’s No. 1 starter, but he ends it behind Pablo Lopez, Elieser Hernandez, Trevor Rogers, and Sixto Sanchez in fantasy value.

Comments/Fantasy Predictions: With a high-upside front-of-the-rotation, dominant bullpen, and an improved defense, the Brewers are one of my favorite long-shot bets to win the World Series at 50/1. This looks especially enticing given they play in a division that Fangraphs projects no other team to win even 80 games … No player in fantasy drafts saw their ADP move higher this month than Freddy Peralta … Avisail Garcia is a deep sleeper, while Josh Hader finishes with first-round fantasy value … Christian Yelich rebounds in a big way, winning his second MVP award.

Paul DeJong and Tyler O’Neill provide cheap power, but Nolan Arenado is being over-drafted in fantasy leagues … Alex Reyes remains affordable without a clear role and a shaky history, but this is the year you’ll want him on your fantasy team.

Cincinnati pitchers have a few things going against them: 1) an already shaky defense now starting three third basemen in the infield 2) a suspect bullpen 3) no longer the easy Central-only schedule and 4) a home park that boosts homers the most in baseball by far (and has increased run-scoring second only to Coors Field over the last three seasons).

But at least Sonny Gray is set to miss his first two starts with a recurring back injury.

I like Eugenio Suarez to lead the league in homers at 22/1, given THE BAT X actually projects him to hit the second-most in baseball this season … Jesse Winker hit 10 homers and walked 24 times over 115 ABs against righties last year … Tejay Antone is a sleeper.

Nick Senzel spends a month on the IL but goes 20/20 anyway.

Javier Baez bounces back with a big campaign, while Joc Pederson gets to face more lefties but quietly saw a big power downgrade in home parks with the move to Chicago … Jason Adam is a deep sleeper for saves, while Nico Hoerner should be added (or stashed) in deeper leagues when he’s soon recalled. The former first-round pick was having a terrific spring and was sent down purely for silly service time reasons.

Willson Contreras is going far too low in fantasy drafts.

Ke’Bryan Hayes produces a nice season, albeit not quite living up to lofty expectations … Gregory Polanco is a cheap 20/20 source, while Pittsburgh’s bullpen is yet another committee situation best avoided in fantasy leagues.

The Pirates’ offense is going to be a popular target with DFS pitchers all year, as the team’s entire 26-man roster is making less than Trevor Bauer’s 2021 salary.

Comments/Fantasy Predictions: The Dodgers enter with one of the better rosters in baseball history, although there may be some mild concern after Walker Buehler and Clayton Kershaw were lit up and experienced decreased velocity late in spring. It certainly helps that the Dodgers have ridiculous depth, highlighted by them opening the season without starting roles for David Price, Tony Gonsolin, and Chris Taylor.

Trevor Bauer won’t be as good as last year because of regression (and a tougher schedule), but he’s also going to a situation that should help him rack up wins and to a home park that’s decreased walks an MLB-high 15% over the last three seasons. He’ll also be away from one in Cincinnati that’s by far the most homer-friendly. Bauer also had the highest four-seam spin rate among all pitchers last season (with big movement), so he’s one of the more intriguing stories to follow in 2021 given MLB’s new edict.

Playing time figures itself out, as both Gavin Lux and Chris Taylor finish as top-15 fantasy second basemen.

The Padres enter the season with Chris Paddack as the team’s fifth-best starter, so it’s simply unfair they also have MacKenzie Gore and (eventually) Mike Clevinger waiting in the wings. San Diego’s bullpen is equally as impressive, albeit frustrating to fantasy managers … Austin Nola is drafted as a top-five fantasy catcher in 2022 … Since the 2019 All-Star break, Yu Darvish has posted a 2.39 ERA and a 0.88 WHIP with a 211:21 K:BB ratio over 157.2 innings.

Blake Snell finishes as a top-five fantasy starter, while Joe Musgrove is top-20.

The Giants would be playoff contenders in the Central but instead were the biggest losers regarding the league’s decisions to go back to its old playoff format and also have no DH in 2021. With the formidable Padres and Dodgers in its division, San Francisco has to settle for having a loaded farm system and a very bright future … Kevin Gausman is one of my favorite SP targets this year, while Alex Dickerson and Austin Slater are two intriguing outfielders available later in drafts.

Logan Webb’s improved changeup has led to a dominant spring, making him one of the more unlikely late “helium” guys … Brandon Belt is free at drafts despite posting a better OPS and wRC+ than last year’s AL MVP winner, but Donovan Solano has an even lower ADP despite batting .330 in 2019, .326 last season and .421 this spring. He’s slated to hit third in the lineup while 2B/SS/3B eligible.

Daulton Varsho becomes a must-add as soon as he’s recalled, while Eduardo Escobar could be sneaky helpful for those in deep Yahoo leagues with 2B eligibility. He’s one season removed from hitting 35 homers with 94 runs and 118 RBI and is slated to hit third in Arizona’s lineup.

Trevor Story is traded at the deadline, while Garrett Hampson leads the National League in stolen bases … Since 2018, German Marquez has posted a 3.08 ERA and a 0.98 WHIP with 249 strikeouts over 251.0 innings on the road. Marquez becomes more valuable in daily transaction leagues, and a trade away from Coors Field would suddenly give him legit top-10 SP upside.