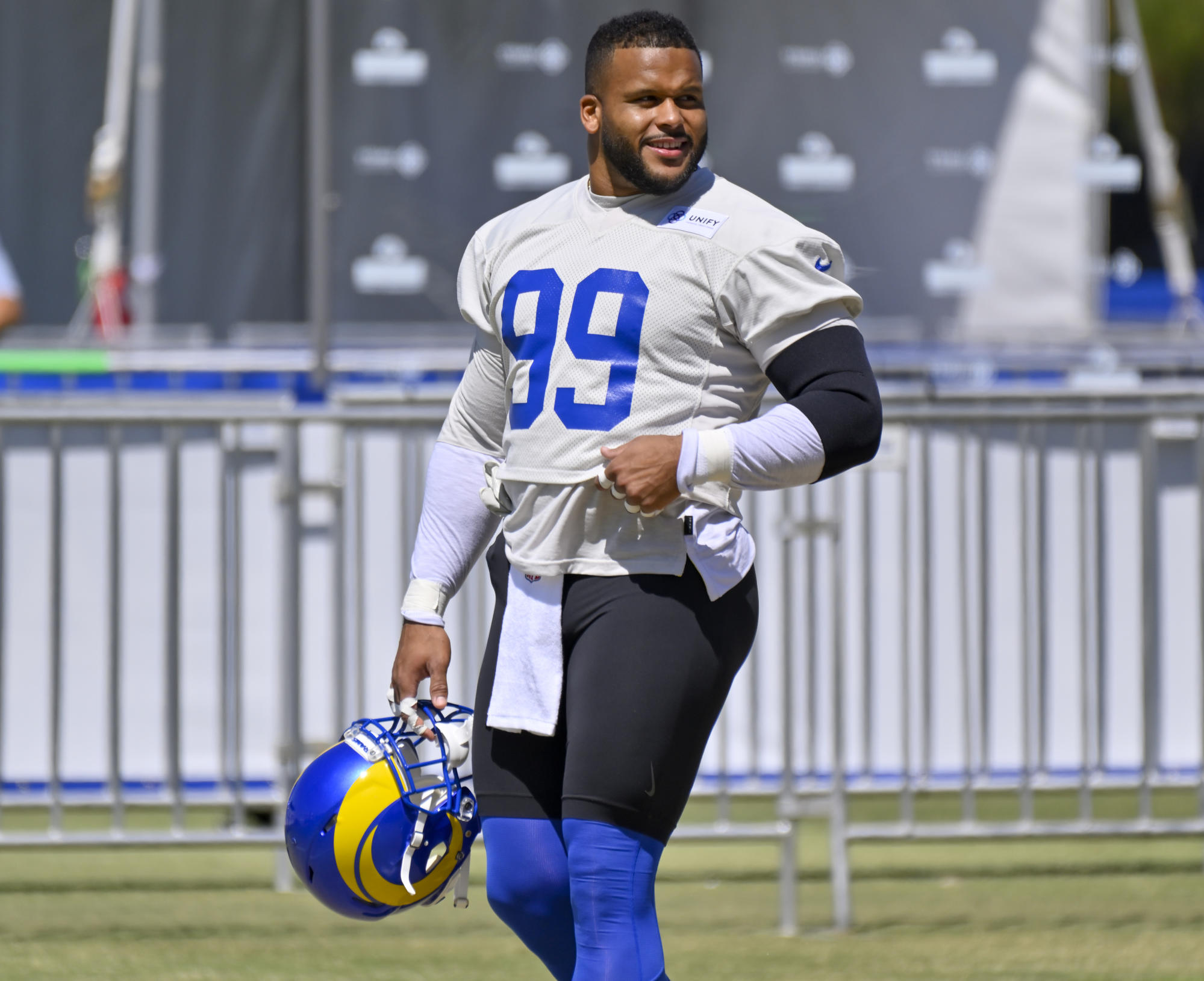 There’s a bettor out there who will be rooting like crazy for Aaron Donald to win the 2021 NFL MVP.

That’s why Donald has such long odds to win the award. He’s perhaps the most dominant defensive player in football and a three-time defensive player of the year. But MVP voting is so skewed towards offensive players that his chances of winning the award aren’t good at all.

But that didn’t stop that better from tossing $500 at Donald to win. And that huge liability for BetMGM is a big reason why his odds have now dropped from +20000 to +12500 to win the MVP. Donald now has the same odds as San Francisco 49ers rookie QB Trey Lance. While Lance is no lock to begin the season as the 49ers’ starting QB, bettors have pushed his odds from +30000 with the hope that he’ll be what San Francisco needs to get back to the Super Bowl.

Kansas City Chiefs QB Patrick Mahomes continues to be the favorite for MVP at +600 ahead of Packers QB Aaron Rodgers at +1100 and Bills QB Josh Allen and Bucs QB Tom Brady at +1400. Allen is the most popular bet for MVP with 10.4% of wagers.

The player with the most money wagered on him is new Rams QB Matthew Stafford. The former Lions QB is the only player with over 10% of the handle — the total money wagered — as 8.7% of wagers are on him to win. Stafford is at +2000 and has equal MVP odds to Seahawks QB Russell Wilson.