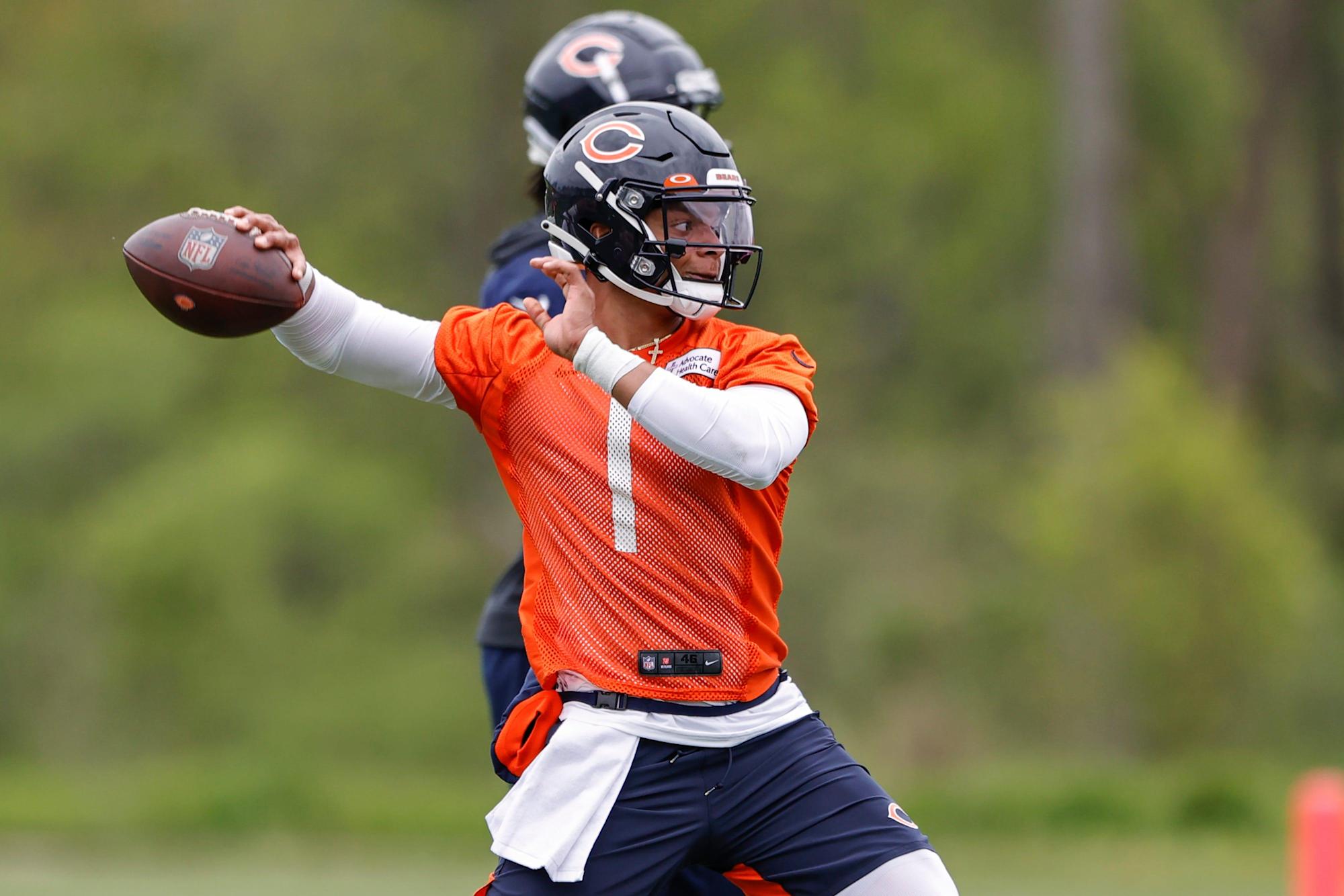 It’s been four months since I noted this NFL offseason could be defined by unprecedented quarterback turnover – and that was before the gravity of the issues in Green Bay, Houston and Seattle became truly apparent.

Depending on what happens with the Packers’ embittered Aaron Rodgers, Texans’ embattled Deshaun Watson and some of the looming quarterback battles that will occur in training camp, there’s still an outside chance 17 QB1 jobs will have changed hands since Week 1 of the 2020 season – which would represent a year-over-year record since the dawn of the Super Bowl era in 1966. (Barring unforeseen circumstances, it’s a virtual certainty at least a dozen teams will have new starters to start this season compared to opening day of 2020.)

Yet despite this year’s rampant cycling of the position where franchises most covet stability, another wave of change may already be building for 2022 – when it seems feasible that approximately half the league could once again be searching for answers under center and may not have their quarterback for the season after next currently on the roster.

With the 2021 offseason officially complete, how might the quarterbacking landscape look just a year from now? To wit:

The near-instantaneous Round 1 QB washout – Paxton Lynch, Josh Rosen and Dwayne Haskins, for examples – is indeed becoming increasingly common. But coming out of a draft with five first-round quarterbacks, all arriving in the top 15 selections (including the first three), it’s hard to envision their new – and heavily invested – teams cashing out in the span of one season. So expect Justin Fields (Chicago Bears), Mac Jones (New England Patriots), Trey Lance (San Francisco 49ers), Trevor Lawrence (Jacksonville Jaguars) and Zach Wilson (New York Jets) to likely enter 2022 atop their respective depth charts – something they might all achieve by Labor Day this year.

Arizona Cardinals: OK, it’s fair to assume that Pro Bowler Kyler Murray will be entering Year 4 with the Cards. But given this spring’s league-wide quarterback craziness, it’s worth wondering if things might go sideways in the desert if Kliff Kingsbury – purportedly the ideal coach to leverage Murray’s talents – isn’t around in 2022 if the Cardinals disappoint (again) in 2021. Not only that, Murray obviously can’t unhear Major League Baseball’s siren song, even though the 2018 first-round pick of the Oakland A’s is contractually barred from taking the diamond right now. Just saying, some unique circumstances in play here.

Atlanta Falcons: They could have picked Matt Ryan’s successor with the No. 4 pick of this year’s draft but opted for TE Kyle Pitts. Ryan will be 37 at the dawn of the 2022 season, and it’s far more viable financially to move him next year than it was this offseason. Much will obviously hinge on his ability to maintain a Pro Bowl performance level and how that translates to Atlanta’s win column.

Carolina Panthers: Will ex-Jet Sam Darnold blossom in Charlotte now that he should be elevated by a bona fide supporting cast? It should be one of this season’s preeminent storylines, and – by virtue of the new collective bargaining agreement – Darnold will have two seasons to prove himself given the Panthers exercised his fifth-year option, effectively tying him to Carolina through the 2022 season. But if he flops this year, expect coach Matt Rhule and new GM Scott Fitterer to be searching for his replacement in the next draft after bypassing the opportunity to take Fields or Jones in April.

Denver Broncos: Incumbent starter Drew Lock heads into a training camp competition with recently obtained veteran Teddy Bridgewater, a duel that coach Vic Fangio has characterized as “totally 50-50.” Not the kind of assessment that suggests this franchise’s post-Peyton Manning QB quandary will be rectified this year.

Detroit Lions: If Jared Goff wants to prove he’s more than a stopgap, he needs to excel pretty quickly given his new team received two first-round picks while taking on his ill-fated contract – one the Lions could certainly consider moving on from next year … especially if they’re drafting as early as it seems they’re likely to be.

Green Bay Packers: Rodgers, the Pack’s “complicated fella,” is hardly a sure thing for the upcoming season, to say nothing of 2022. At this juncture, it seems unlikely he’ll be traded in 2021, however teams throughout the league should be much better equipped to make a run at Rodgers next spring if his Green Bay union keeps eroding.

Houston Texans: Crazy to think any team could have a more opaque conundrum than the Rodgers-Packers standoff … but here you go. Watson’s myriad issues have left an already dysfunctional franchise in complete disarray that could persist well into the future.

Las Vegas Raiders: “I am a Raider for my entire life,” Derek Carr said last week – a refreshing, if naive, sentiment from the franchise’s longtime QB. Entering his eighth season, Carr has yet to appear in a playoff game (he missed the 2016 postseason due to a broken leg), and his future with the Silver and Black has been a source of speculation at draft time for years. Good chance that continues in 2022, when the Raiders can trade or release Carr in the final year of his contract without any cap ramifications while recouping his salary, which is a tick shy of $20 million.

Miami Dolphins: Despite plenty of outside conjecture aimed at Tua Tagovailoa, coach Brian Flores has been openly supportive of the quarterback as he heads into his second season – which Tagovailoa will play on a fully healed hip while having, by his own admission, a much better grasp of the playbook. The Fins also offered explicit support of Tua by surrendering the No. 3 pick of this year’s draft, which offered an opportunity to obtain a Plan B QB if there really was concern over a player selected fifth overall in 2020, one spot ahead of offensive rookie of the year Herbert. Still, this bears watching – especially for a team that has an extra first-rounder in 2023 that could be used to obtain another passer in 2022 if Tagovailoa doesn’t show sufficient progress.

Minnesota Vikings: If the Vikes miss the playoffs in 2021 – Kirk Cousins has taken them to postseason once since he came aboard in 2018 – you’d think a change could be in the offing in 2022, which is the final year of his extension. However this is a tricky scenario given his $35 million base salary for 2022 is already guaranteed … and would be exceptionally difficult to offload if Cousins, who turns 33 in August, bombs in 2021. Still, such an outcome would suggest, at minimum, that a succession plan would be implemented.

New Orleans Saints: Jameis Winston and Taysom Hill are vying to replace Drew Brees, who held the fort under center in the Big Easy for 15 seasons. But whoever gets the nod will have scant margin for error given both Winston and Hill are unsigned beyond 2021.

New York Giants: Daniel Jones’ first two seasons have been a mixed bag, and he saw the cross-town Jets dump Darnold after he failed to flourish in Year 3. Giants GM Dave Gettleman has nevertheless expressed faith in Jones and done a much better job surrounding him with talent than the Jets did for Darnold. Yet if Big Blue doesn’t contend in 2021, don’t be surprised if there’s an organizational reboot in 2022 that claims Gettleman and Jones.

Philadelphia Eagles: If Wentz remains upright in Indy, his former team will own a trio of Round 1 choices going into the 2022 draft. No pressure, Jalen Hurts … assuming rookie head coach Nick Sirianni eventually anoints the 2020 second-rounder as his starter.

Seattle Seahawks: Russell Wilson’s rocky offseason has been well documented, but he contends he never wanted to be traded … even though his agent provided Seahawks brass with teams Wilson, who has a no-trade clause in his contract, would be willing to join. Appears pretty evident Wilson will remain in Seattle this season, but don’t be surprised if his name is attached to more speculation next year – depending on how the Seahawks play in 2021. He’s signed through 2023, but his contract will be far easier to deal next year if his relationship with this current team continues to deteriorate. Go ‘Hawks.

Tampa Bay Buccaneers: Coming off their Super Bowl triumph, everything seems hunky-dory for Tom Brady and Co. as they aim for the NFL’s first successful title defense in 17 years. But Brady, who’s under contract for two more seasons, will be 44 in August and admits everything could come unglued at any time, recently telling USA TODAY Sports: “It’s a physical sport; anything could happen. So I’m going to go out there this year and give everything I’ve got like I’ve done every other year, and then take it from there.”

Washington Football Team: Among Ryan Fitzpatrick, Kyle Allen and Taylor Heinicke, only Heinicke is under contract for 2022 … which pretty succinctly sums up the situation for the reigning NFC East champions.