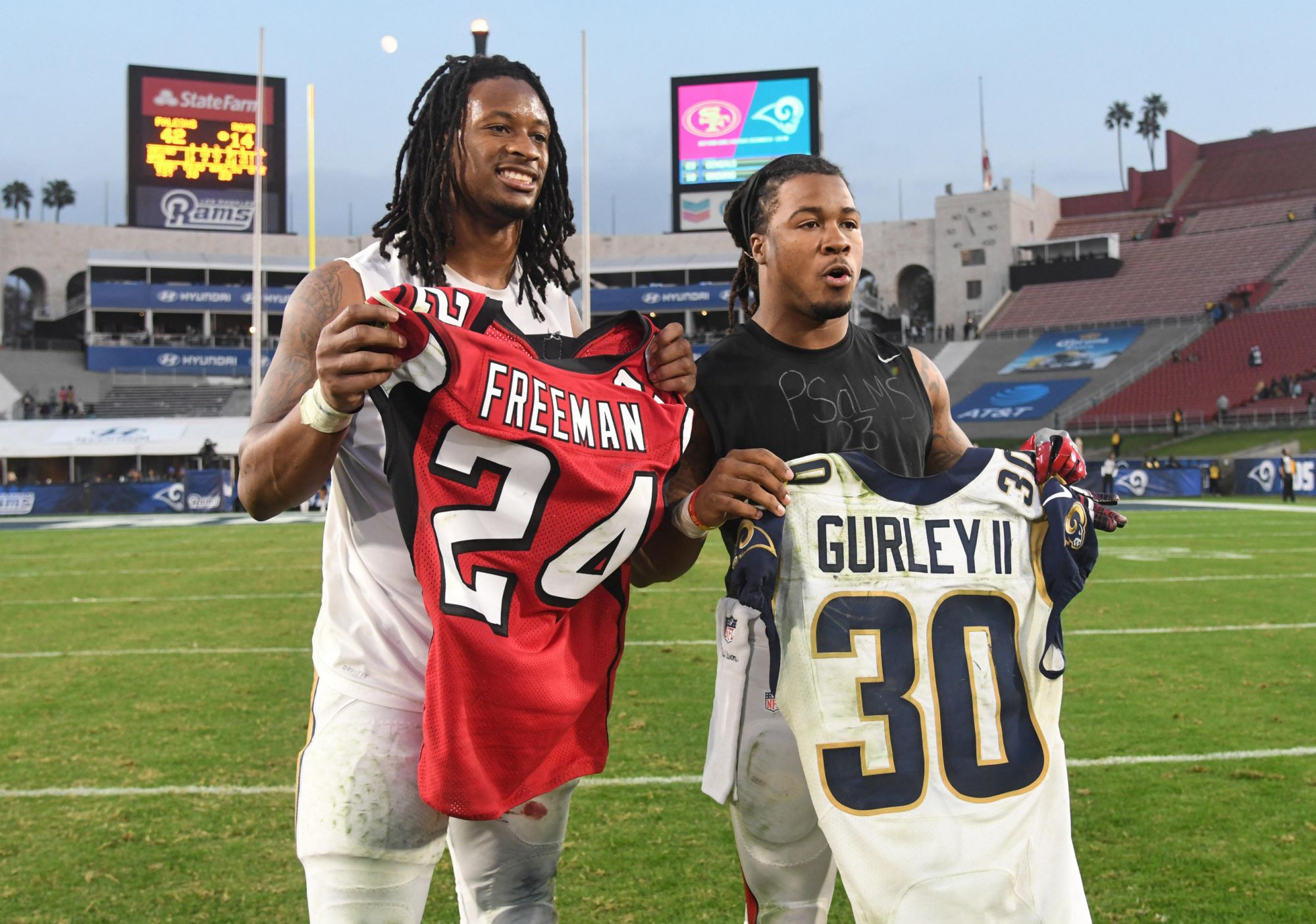 Replacing productive players is never an easy task, and the Falcons are living proof of this. Despite using countless resources, Atlanta is still trying to find a consistent edge rusher. This is a common thing around the NFL and year after year, teams have certain areas where they struggle to find production.

Here are three positions that the Falcons have failed to adequately address in recent seasons.

There hasn’t been a bigger hole on this Atlanta team in recent years than that at edge rusher. John Abraham played for the Falcons from 2006 to 2012, and was an absolute force on the defensive line. In four of his seven seasons, he totaled over 10 sacks in a season (he came up just short in 2011 with 9.5 sacks). Abraham totaled over 30 tackles in each season while applying pressure to the quarterback no less than 13 times, including 30 QB hits in 2008. However, since Abraham’s departure in 2012, the Falcons have unsuccessfully tried both free agency and the draft to fill in these gaps on defense. The team used its first-round picks in 2015 and 2017 to select Vic Beasley and Takk McKinley. Both players showed some signs of life but were both ultimately sent packing. The Falcons then over corrected by signing former Rams and Jaguars first-round edge rusher, Dante Fowler. However, that signing has not aged well. Fowler’s 2022 season with the Falcons has been voided after agreeing to a contract reduction. With no edge rusher valued high enough to select at No. 4 in the NFL draft, Atlanta will have to hit on their remaining picks to address this issue.

Not only did the Falcons lose production on the edge in 2012, they also lost arguably the best running back in Falcons history. In the five seasons Michael Turner played for the Falcons, he posted seasonal yardages over 1,300 yards three times, once eclipsing 1,600 yards. Turner’s departure, despite his short tenure, left the Falcons reeling at the running back position. Atlanta brought in two former Rams running backs in Steven Jackson (2013-2014) and Todd Gurley (2020). Jackson, who was riding a streak of eight consecutive seasons over 1,000 yards rushing came nowhere near this mark while playing in Atlanta. However, while Jackson was at the tail end of his career, Gurley’s failures in came as a result of poor offensive play-calling and his arthritic knee problems taking away his explosive burst. In between the two backs, the Falcons drafted Jacquizz Rodgers, Devonta Freeman, Tevin Coleman, and Qadree Ollison. Freeman showed signs of promise early on by going over 1,000 yards in 2015 and 2016, but whether it was injuries or offensive play-calling, he never returned to form and was eventually allowed to walk free after the 2019 season. The Falcons are in a prime spot to possibly nab one of the draft’s top running backs in Najee Harris, Javonte Williams, or Michael Carter. Not only will they be presumably adding running back depth through the draft, but the Falcons signed former Panthers running back, and Atlanta native, Mike Davis.

The Falcons have never been the best on the defensive perimeter. You have to go back to 2007 with DeAngelo Hall to see the last time the team had an elite cornerback, and before him, Deion Sanders. Hall may have ended his time with the Falcons on poor terms, but his production on the field has yet to be replicated on a consistent basis. Since 2013, the Falcons have spent two first and three second-round picks on players to elevate the Falcons’ pass defense. In 2013, the Falcons spent their first two draft picks on Desmond Trufant and Robert Alford, both of whom played a strong role in getting the Falcons to the Super Bowl, but failed to really take the next step in their game. The Falcons used their first round selection in 2020 to draft Clemson’s A.J. Terrell. While it’s way too early to label Terrell a bust or not, his PFF coverage grade of 57 needs to be improved upon in 2021. However, it’s hard to knock Terrell’s production due the circumstances he was dealt. He had no offseason workouts and didn’t get the chance to play in preseason games. For a young cornerback, those games are crucial for development. If Atlanta does in fact trade down in the 2021 NFL draft, there’s a good chance the team takes a cornerback in the first round for the second consecutive year.