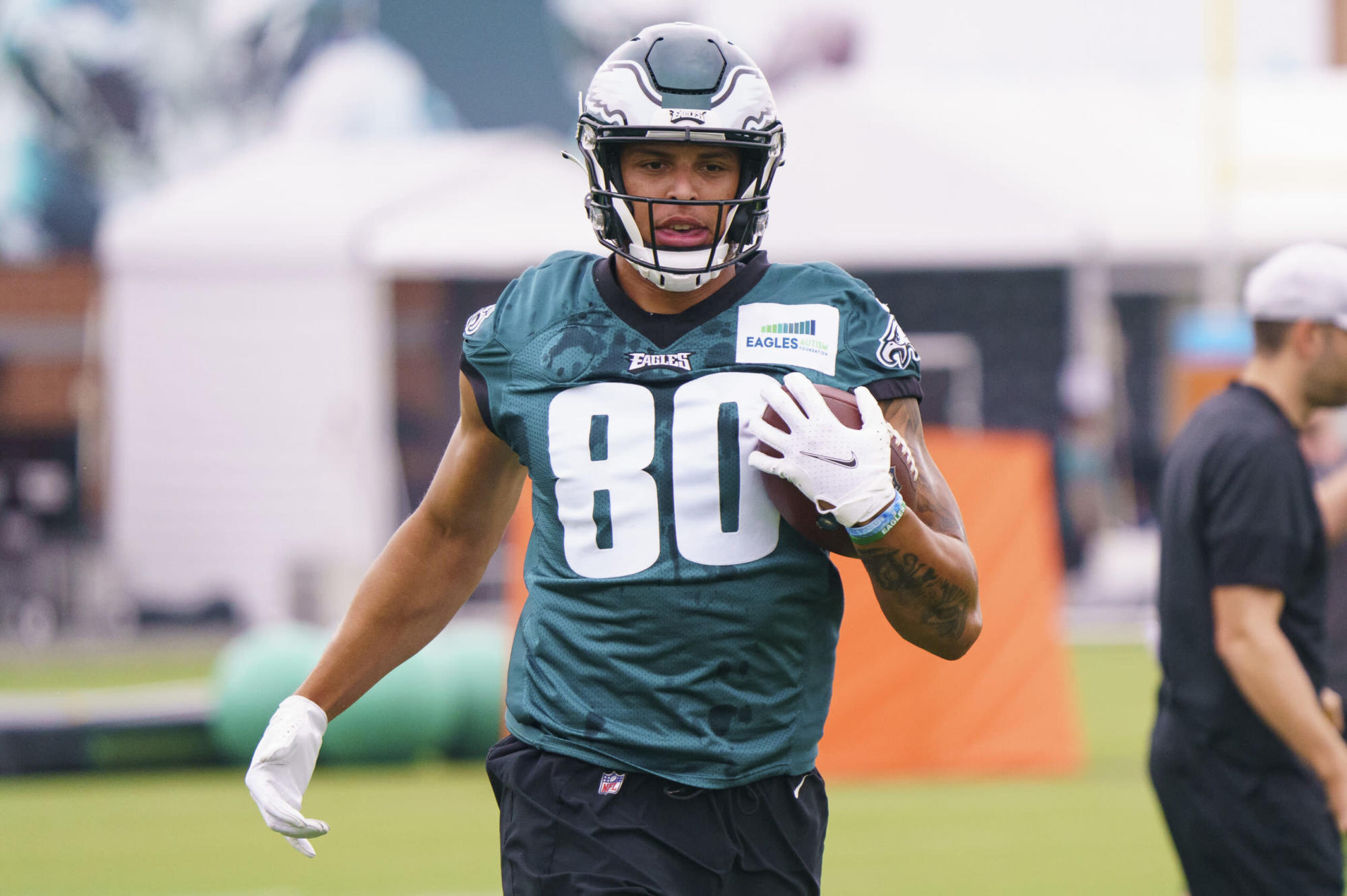 Tyree Jackson will miss 8-10 weeks with a back injury that won’t require surgery according to Jeff McLane of The Inquirer.

In Philadelphia’s preseason opener against the Steelers, Jackson logged 20 snaps on offense and two on special teams, catching two passes for 32 yards in the final two minutes of the first half.

Here are three takeaways from the news.

1. Jackson was set to make the Eagles roster

PHILADELPHIA, PA – JULY 28: Tyree Jackson #80 of the Philadelphia Eagles walks off the field during training camp at the NovaCare Complex on July 28, 2021 in Philadelphia, Pennsylvania. (Photo by Mitchell Leff/Getty Images)

The quarterback-turned-tight end is a physical specimen and roaring towards a roster spot. Jackson plays with great leverage and fluidity, and he reminds many around the league of Logan Thomas.

With the new injured reserve rules, a player is only eligible to return if he’s on IR after the initial 53 man roster is released. If Jackson is going to make the team, the Eagles can’t put him on the PUP list and they’ll need to use a roster spot on him, before placing him on IR. Philadelphia could also waive Jackson and hope clears and is able to return, but he’s unlikely to not get snatched up by an opposing team who can see the vision of a tall, athletic tight end.

With Jackson out, it could allow for Jack Stoll or Jason Croom to potentially make the Eagles roster depending on what happens with Richard Rodgers.