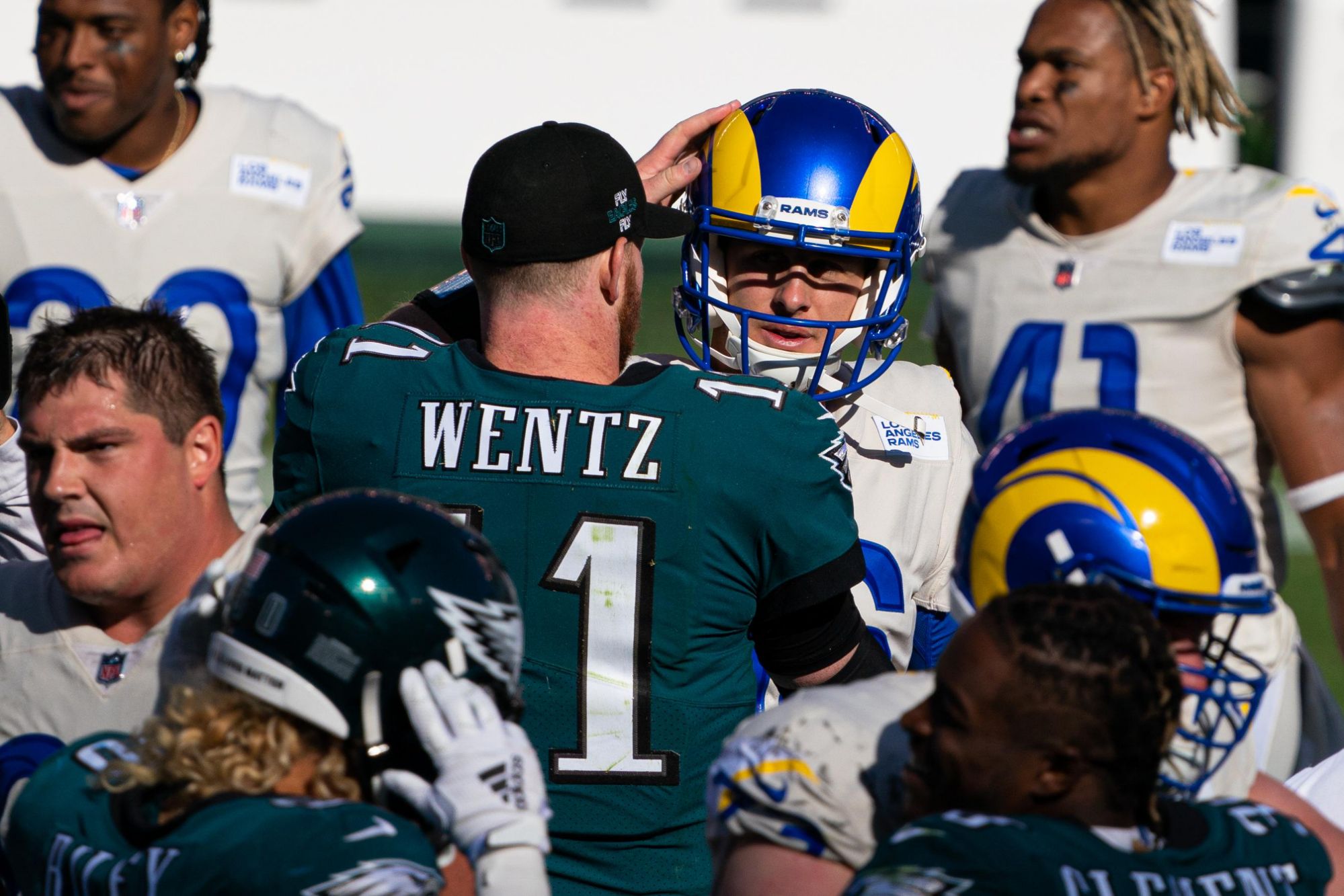 Trading into the top 3 in the NFL draft to select a quarterback has been a perilous proposition over the last decade. The 49ers in 2021 are in a strong position to reverse what’s become a troubling trend for teams making such a move.

San Francisco was slated to pick No. 12 overall, but unloaded a trio of first-round picks and a third-round choice to jump to No. 3 where they’ll presumably take a quarterback they hope will be their signal caller for the next decade or more.

Five other teams have made similar moves over the last 10 years, and none of them have been a roaring success. Here are the five trades:

2012, Washington traded up to No. 2 for Robert Griffin III

Darnold in three years has not been good and may be out of New York before his rookie contract expires. Trubisky got worse over his four years in Chicago and will be the No. 2 quarterback in Buffalo for his fifth season. Goff was traded this offseason after five seasons with the Rams. Wentz was also traded this offseason after a disaster 2020 campaign. Griffin got hurt in his first year and was never the same.

The 49ers are in a unique position compared to the previous five clubs that made trades up to the top three. They went 6-10 last year, but have a Super Bowl-ready roster and probably would’ve contended for the NFC championship again last season had injuries not pillaged their roster throughout the year. None of the other clubs were anywhere close to playoff berths.

The Jets were 5-11 the year before drafting Darnold. The Bears were 3-13 before taking Trubisky. The Rams were 7-9 and in need of a coaching change before Goff arrived. The Eagles were also 7-9 and fired their coach midseason before moving up for Wentz. Washington was 5-11 the season prior to scooping up Griffin.

Goff is an intriguing case because the Ram changed coaches during his second year and he took off. Sean McVay’s magic touch eventually ran out though and Goff’s shortcomings as a quarterback held them back.

Wentz had a good rookie year and an excellent second season before injuries to him and the rest of the Eagles’ roster pushed the wheels off. Doug Pederson, the coach who was there when he was drafted, was fired this offseason and Wentz was shipped out.

San Francisco has an established coach, a good supporting cast, and the luxury of not thrusting the rookie into a starting role right away. They can take the route the Chiefs took with Patrick Mahomes, but they can do so with the third pick instead of No. 10. Kansas City the year before they traded up to the 10th pick to draft Mahomes went 12-4 and went to the playoffs. They were a playoff team at 11-5 the year before that.

While it’s an inexact science, history shows us that the player matters less than the situation they’re going to. Talent may matter more later in the draft, and there are intangible mental things that hold players back that team simply can’t account for. However, when picking in the top three, the talent pool is going to be exceptionally deep. There aren’t many “bad” players going in the top three as much as there are bad teams picking good players and setting them up to fail.

The draft is a relative crapshoot, but the 49ers this year are leaning the odds in their favor in a way team typically can’t. The stars aligned for them to be a good team that was saddled with enough injury issues to finish 6-10 and pick high enough that they were able to cobble together enough draft capital to get to No. 3 overall. It’s an extremely unique luxury that none of the most recent teams trading up in the top three were afforded.

Perhaps the 49ers’ pick goes the way of the previous five over the last decade and the trend of trading into the top three continue to be a disaster. However, if a team was going to be in a spot to reverse it, it would be a team like San Francisco that made the move with the future, not the present, in mind.

NFL draft history: Every quarterback ever drafted No. 3 overall