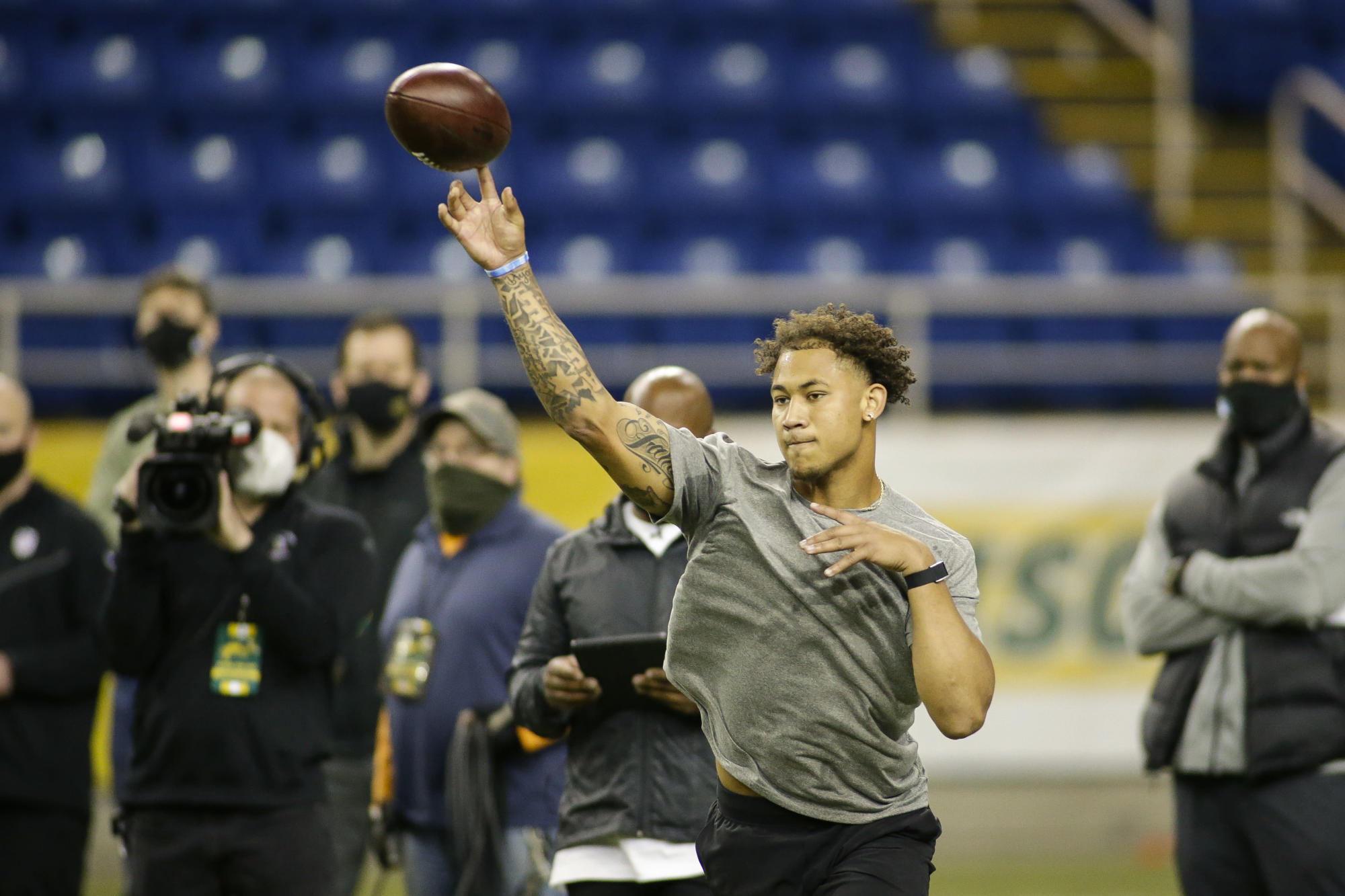 The 49ers’ tight lid on who they plan on selecting No. 3 overall in this year’s draft shouldn’t come as a huge surprise.

While draft analysts and NFL reporters are linking Alabama quarterback Mac Jones to San Francisco, there’s no stout indication or reporting from inside the 49ers’ facility that indicates who the 49ers plan on selecting. That’s exactly the way it should be for a club about to make a franchise-altering decision.

Peter King’s Football Morning In America column on Monday indicated there are not many people who know who the 49ers are taking, and the ones who do know aren’t talking.

“The leader in the clubhouse is still Alabama’s Mac Jones,” King wrote. “But that’s all Jones is. Credit to Lynch and Shanahan for keeping a tight lid on their preference.”

NFL Media’s Ian Rapoport told the Rich Eisen Show that he’s not ready to start the draft at No. 4 yet despite all the Jones buzz.

Now Jones is no longer the betting favorite with Justin Fields passing him the day of his second Pro Day, and Trey Lance has gained a ton of ground in the betting marketplace. This level of confusion and uncertainty is probably what the 49ers prefer.

While all signs point to BYU quarterback Zach Wilson going second overall, there’s enough uncertainty to incentivize the 49ers to hold their cards close to the vest. There’s no reason for them to go about telling the world who they want to take.

First, that opens the door to Draft Day shenanigans where they make it clear they want Jones, but then the Jets have a change of heart and draft him. Now the club would have to do some major damage control to explain how happy they are with the player they got after telling everyone they were drafting someone else.

Second, suppose they moved up because they are infatuated with Lance (just picking a player. Plug in Fields if you’d like). They’re less certain about the rest of the quarterback class, and only wanted to dish out three first-round picks to move up for Lance. The Falcons are sitting at No. 4 and have a ton of feelers out on Lance, and are in a similar situation to the 49ers where his inexperience would be less of a burden.

Should San Francisco make it clear they don’t want anyone but Lance, it leaves the door open for the Falcons to jump to two to get them since the Jets know who they want will slip past the 49ers at No. 3 anyway.

This is all a long-shot, but when it comes to the NFL draft and a decision as gargantuan as the one the 49ers are going to make, nothing can be taken off the table.

The Jones buzz is just buzz from within the league based on assumptions and guesses. Only a handful of people actually know San Francisco’s intention, and it doesn’t appear any of them are spilling the proverbial tea. Confusion pre-draft should give the 49ers their best chance to operate out of the No. 3 spot unencumbered, which is exactly how they should want it after making such a massive investment in the pick.