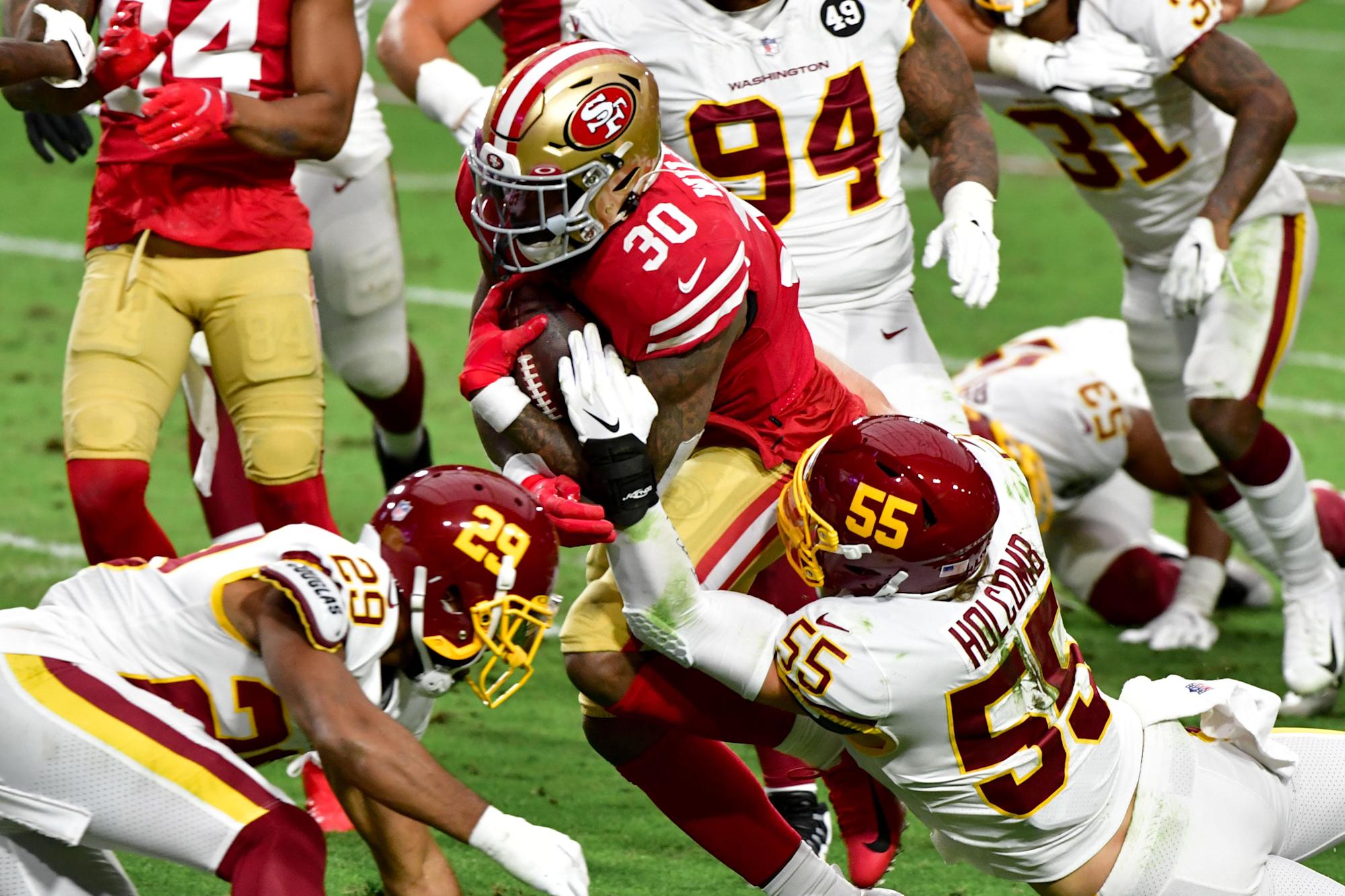 The 49ers’ 2020 season was marred by injury and absences due to COVID-19. Turning the calendar to 2021 hasn’t provided much relief so far.

Through just a handful of rookie minicamps and organized team activities, the club still finds itself with injury concerns and availability issues going into training camp.

Perhaps camp and the offseason will see the tide turn in this area, but for now it remains a sizable problem for San Francisco heading into an important season for their coaching staff and front office.

Here’s a list of players with availability concerns going into camp:

Wilson tore his meniscus in the locker room after a weight-lifting session in late May. He had surgery and will miss four-to-six months. He went on the Physically Unable to Perform list and will miss at least the first six weeks.

Skule tore his ACL in one of the last OTA practices. He cleared waivers and reverted to the 49ers’ Injured Reserve list. His season is over.

Willis was suspended six games for violating the NFL’s policy against performance-enhancing substances. He will be able to take part in training camp and preseason games, and will be eligible to return in Week 8 at Chicago.

Ford went down in Week 1 last year and never returned. Early in the offseason general manager John Lynch didn’t sound optimistic about Ford’s chances to be ready for the start of the 2021 season. That tone has shifted a little with head coach Kyle Shanahan indicating Ford may be ready for the start of training camp after spending virtually the entire offseason at the facility getting treatment and rehabbing.

Bosa tore his ACL in Week 2 last year and spent the offseason rehabbing in Florida and working out with his brother, Chargers DE Joey Bosa. He didn’t participate in OTAs, but Shanahan told reporters he expects Bosa to be ready for training camp.