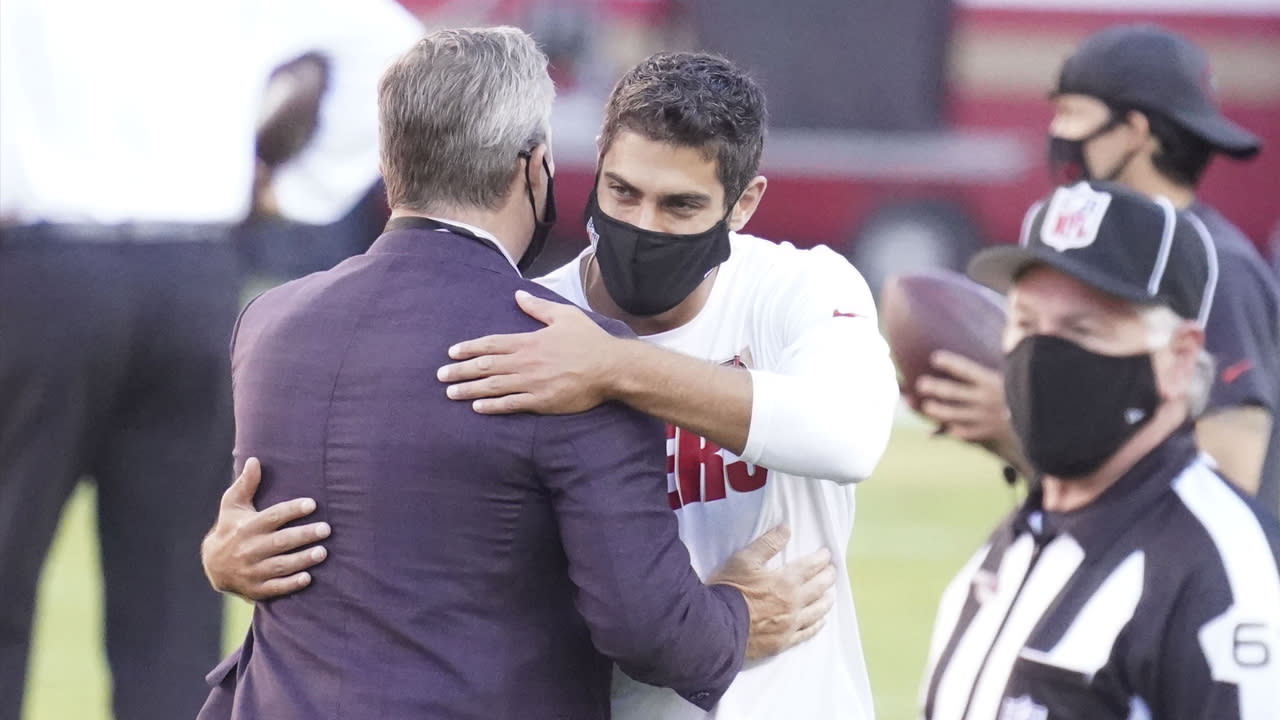 The 49ers traded three first-round picks and a 2022 third-rounder to move up to No. 3 in the 2021 NFL Draft, ostensibly to draft a quarterback. The Niners insisted they had no plans to trade Garoppolo, their incumbent starting quarterback, but the rest of the NFL isn’t buying it.

“[Other] teams believe the 2014 second-rounder is available or at least will become available once the Niners stop bluffing,” The Athletic’s Jeff Howe wrote Friday. “The 49ers-Dolphins trade will lead to teams continuing to check on Garoppolo’s availability.”

Howe wrote that the New England Patriots, Garoppolo’s former team, “were planning to monitor Garoppolo’s availability” prior to Friday’s blockbuster trade. The Patriots love the quarterbacks in this year’s draft, but the 49ers’ move up the draft means that they — or another team — will have to trade up with the Atlanta Falcons at No. 4 overall to ensure they’re able to select one of draft’s top-four signal-callers. Howe wrote that drafting Alabama quarterback Mac Jones would require trading up to No. 10, and the Pats are set to pick No. 15 overall.

“If their hope was to draft a QB, the Friday trades made that journey far more difficult,” Howe wrote of the Patriots. “If their ideal scenario involved Garoppolo, that door might have cracked open a little wider.”

RELATED: Why 49ers’ No. 3 pick trade will define Shanahan-Lynch era

The Patriots re-signed Cam Newton to an incentive-laden deal worth up to $14 million, but his $5.1 million base salary means New England isn’t necessarily done under center this offseason. Links between Garoppolo and the Pats, who drafted him in 2014, existed prior to Friday, and they probably won’t slow down anytime soon.

The 49ers are on the precipice of drafting a first-round QB for the first time since picking Alex Smith No. 1 overall in 2005. Smith didn’t start right away that season, but it doesn’t seem like the 49ers’ competitors believe San Francisco’s forthcoming franchise quarterback will meet the same fate.