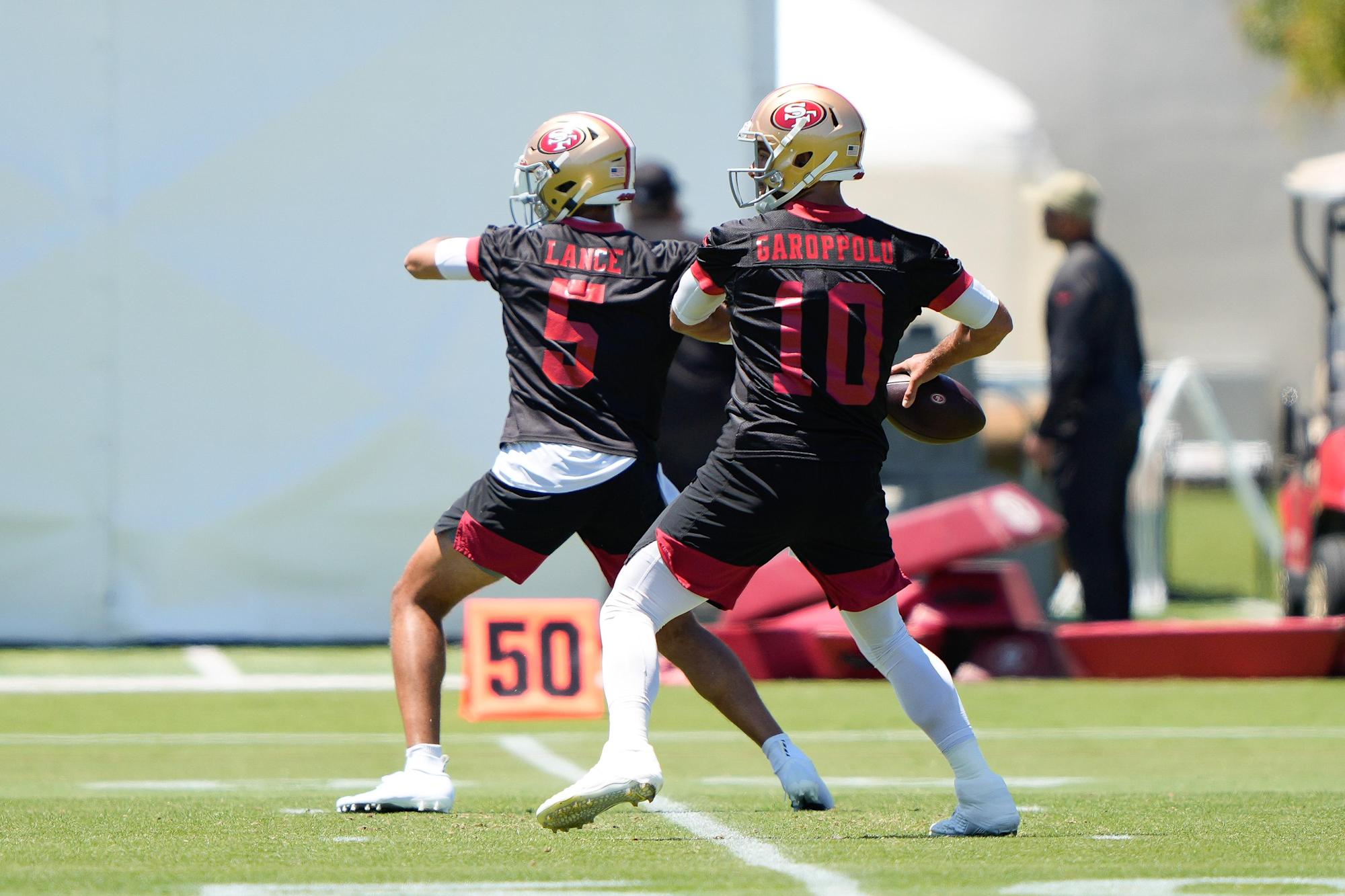 The 49ers should have high expectations for the 2021 season. It wouldn’t be a huge surprise if they emerged as the Super Bowl winners at the end of the year. Question marks linger though and leave the 49ers at a crossroads in the NFL hierarchy going into the season. That’s reflected in their No.16 ranking in the NFL Wire pre-training camp power rankings.

While San Francisco probably belongs in the ‘contender’ category among the league’s top 8 or 10 teams, they’ve fallen short of expectations in two of the last three years. Injury questions loom at key positions with Nick Bosa and George Kittle, and their uncertainty under center is going to limit their ceiling until they find more stability at that position.

The latter of those concerns was tabbed as the reason for the 49ers’ less-than-stellar pre-camp ranking:

Ultimately, however, the biggest question facing them is how soon Trey Lance sees the field. John Lynch and Kyle Shanahan made a splash this past off-season, moving to the top of the draft board to select a quarterback from the FCS level with limited experience but a ton of talent and tools.

Lance might just be a perfect fit with Shanahan, given the schematic overlaps between the offense Lance ran at North Dakota State and how Shanahan has constructed the 49ers offense. But how quickly will the coach hand his rookie passer the keys?

What’s fascinating with the 49ers is that they can quickly climb up the power rankings with Garoppolo playing quarterback. He helped get them to a Super Bowl in 2019, and suffered an ankle injury early in 2020 that held him back from taking a step forward the club was hoping he’d take.

Assuming he holds onto the starting job throughout camp, he’s got a chance to elevate the 49ers back into contention with a small step up in play.

On the other hand, Lance’s ceiling as a quarterback is considerably higher than Garoppolo’s, and as a result the 49ers’ offensive ceiling increases with the rookie at the helm.

Quarterback will get a lot of attention, but the 49ers need a good year from Nick Bosa and second-year DL Javon Kinlaw. They also need health on their side in the secondary and with Kittle.

Perhaps 16 is the right spot for the 49ers for now, but they should see a precipitous rise as long as they’re healthy.