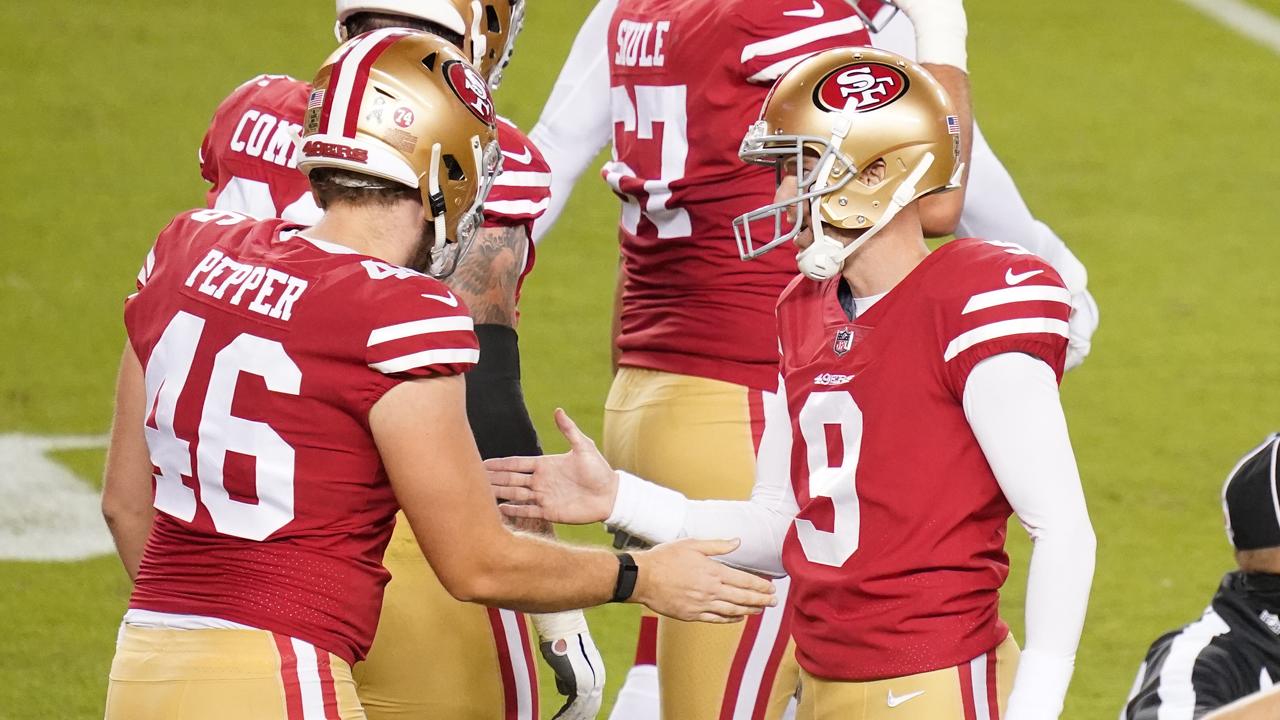 Robbie Gould is still a welcome character in the Windy City.

The 49ers kicker threw out a first pitch at Wrigley Field on Friday before the Chicago Cubs-Pittsburgh Pirates game, not far from Soldier Field, where he spent 11 seasons as the Chicago Bears kicker from 2005-2015.

Guess who was in one of the rooftop seating sections across the street beyond the right field bleachers, celebrating his bachelor party? None other than 49ers long snapper Taybor Pepper.

Even at a baseball field in Chicago, half the country away from Santa Clara, the 49ers kicker and long snapper can’t get away from one another.

While most of the other 50-plus guys on the roster are running around the practice fields, colliding and crashing with their shoulder pads, the kickers, punters and long snappers usually have their own field.

They work on their craft, sure, but how many times can you kick a football? That leads to a lot of downtime, conversations and strong friendships.

According to the Bay Area News Group’s Cam Inman, Gould threw a strike. It’s a good thing he threw a good pitch, because Pepper would surely razz him otherwise, like he did when Gould sang “Take Me Out to the Ballgame”  during the seventh-inning stretch.

What a cool moment for Gould at Wrigley, five-plus years after his final kick in a Bears uniform. Even cooler that Pepper happened to be there to see it.