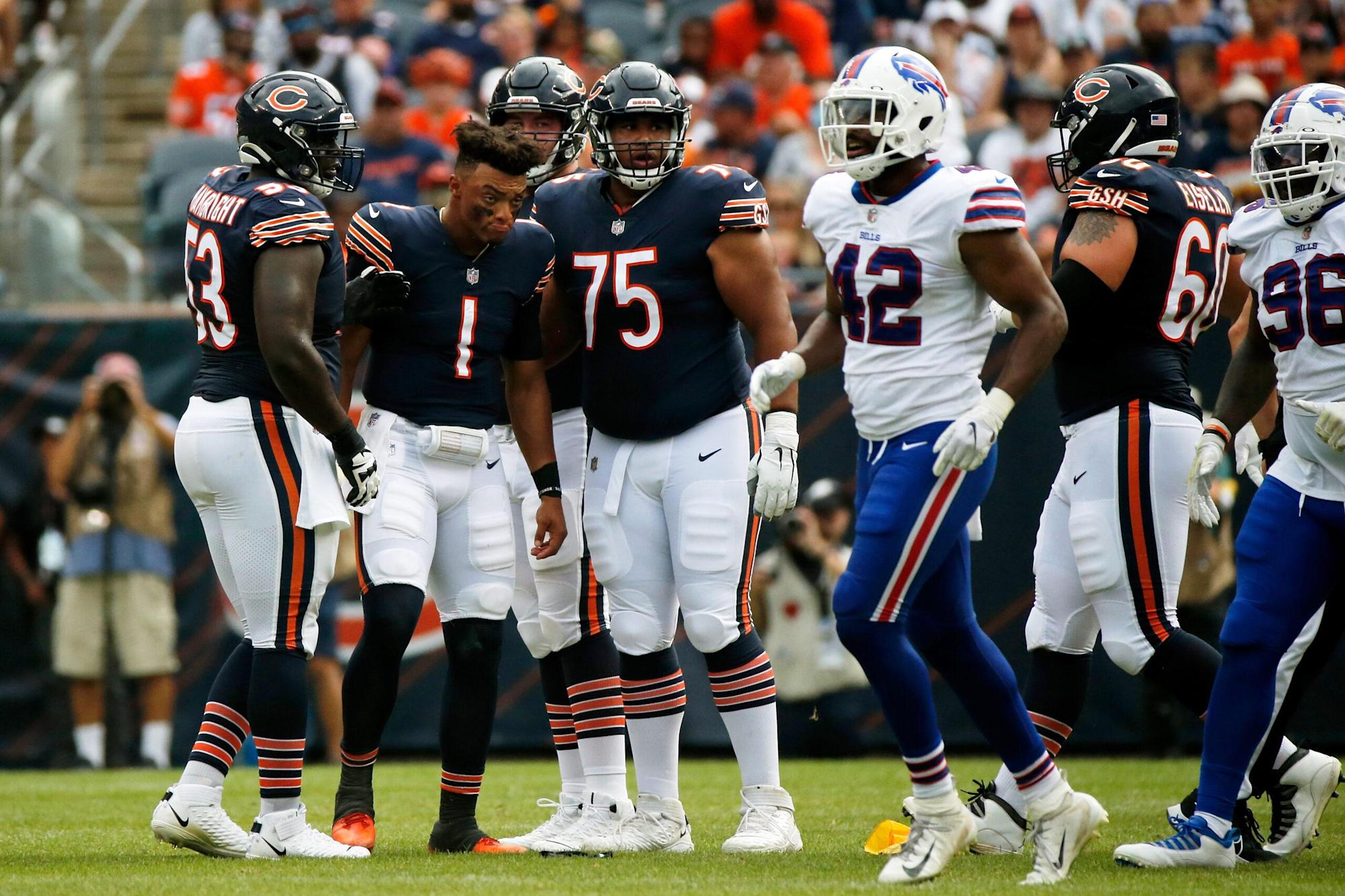 The Chicago Bears suffered a brutal 41-15 defeat at the hands of former Bear Mitch Trubisky and the Buffalo Bills on Saturday at Soldier Field.

While it’s a preseason game, it was hard to ignore some glaring concerns that were on full display in Chicago’s loss, including some that figure to carry over into the regular season.

Here are some concerns that arose from the Bears’ blowout loss to the Bills in the second week of preseason:

Last week, the Bears’ offensive line held up surprisingly well against the Dolphins, where they didn’t allow a single sack. This week against the Bills was another story entirely, as Andy Dalton and Justin Fields were sacked four times. Chicago’s starting offensive line — while without James Daniels and Germain Ifedi — was a major area of concern and figures to be a concern this season. Elijah Wilkinson continues to struggle at left tackle, and you get a feeling a change is coming. On the plus side, new left tackle Jason Peters is expected to suit up in the preseason finale and Larry Borom looked solid at left tackle with the second-team offense.

Another question mark heading into the season is at cornerback opposite Jaylon Johnson. While Johnson looked solid against the Bills, he was pretty much the only one that wasn’t getting smoked by Buffalo’s receivers. While Kindle Vildor appears to be favorite to win the starting job, he didn’t do himself any favors against the Bills. Johnson and Artie Burns both had a couple of pass breakups. But there’s no denying that there’s a big hole at cornerback.

For the second consecutive week, the Bears’ special teams were a glaring issue. Outside of kicker Cairo Santos, the special teams had another rough go of it against the Bills. The Bears struggled once again in punt return coverage, where there were a slew of missed tackles. They also allowed Marquez Stevenson to return a punt 79 yards for a touchdown. The Bills averaged 29.4 yards per punt return. There are also still questions at kickoff and punt returner for Chicago, even though it looks like it’ll be Khalil Herbert and Dazz Newsome in those roles.

Matt Nagy looked like he received the benefit of the doubt as the Bears’ play caller, especially with the team getting an upgrade at quarterback. It was time to see what this offense could really do. A change at quarterback was supposed to fix everything. Only that hasn’t been the case through two preseason games. The Bears starting offense has scored just six points in two halves of football dating back to last week, which is more of what we’ve come to expect with this group. Against the Bills, the offense struggled to execute and committed penalties and turnovers, the calling card of some bad Bears offenses. At some point, Nagy needs to be held accountable for the offense’s struggles, especially now that he’s once again taken up play calling duties.

There will be a point this season when Justin Fields inevitably takes over as starting quarterback for the Bears. Be it Week 1, Week 8, Week 12, whenever that may be, it’s going to happen. Which is why it’s difficult to imagine the benefit of Fields working strictly with second and third string skill players and against second and third string defenses. Last week, Nagy said the plan was to get Fields reps with the starters. Only that hasn’t happened. In fact, Fields didn’t come in the game until the second half. While Fields has developed some nice chemistry with these players, most of those guys won’t be on the roster in a couple weeks. Fields needs reps with the guys who he’ll eventually be throwing to. We’ll see if that happens in the preseason finale against the Titans. [listicle id=478600]