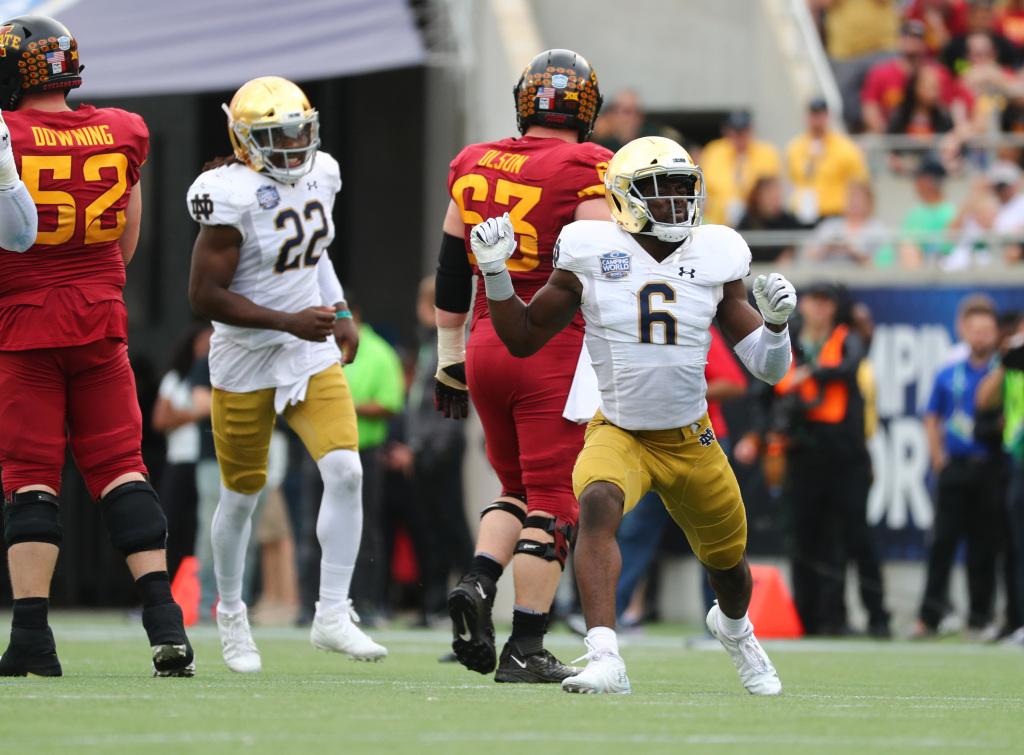 The failure to adequately address the edge position has been a thorn in the side of the Falcons for quite sometime now. Over the past six years, the team has spent two first-round picks trying to address this spot but both players fell well short. Surely, with a new regime, third time’s the charm, right?

If Atlanta wishes to address this need with their No. 4 overall pick, it would be best to trade down as no edge rusher is valued high enough to be selected in the top five. Here are five edge rushers the Falcons could land in the first two rounds of the 2021 draft.

Projection: Top-15 pick As we entered the offseason, it seemed a lock that the Falcons would be selecting Micah Parsons with their fourth pick. A versatile linebacker, Parsons is a heat-seeking missile when he blitzes. Plus, he has the size and strength to free himself off would-be blockers. However, in the NFL, Parsons will need to work on getting through blocks rather than running around the blockers like he did at times. Nonetheless, for as well as he rushes the passer, Parsons can hold his own in man coverage. Where the concern comes from is just a question of his character. Parsons got named in part of a hazing incident at Penn State, in which he has denied any participation in.

Projection: Top-15 pick Paye may not have the size or bulk, but he does have the explosiveness and quick hands to fight off blockers. The former three-star recruit used his time wisely at Michigan to continuously blend his athleticism with more fine-tuned fundamentals. NFL scouts believe Paye will be a solid NFL starter in just two years. If the Falcons do in fact decide to trade down, Paye could be an option that should be high on their draft board.

Projection: Round 1 If you want a guy who gives endless effort, then Owusu-Koramoah is the guy. While he isn’t a stout tackler, he makes up for it with his explosiveness and effort. He is more of a one-gap defender and has the athleticism to get adequate depth in coverage, with good ball skills. Owusu-Koramoah may not be the guy to put his hands in the dirt and fight off blockers, but this outside linebacker has the speed and skills to get off the ball in a hurry and get to the quarterback.

Projection: Rounds 1-2 After being touted as one of the best defensive players to enter college football, Phillips suffered a string on injuries while at UCLA before transferring to Miami. His history of concussion issues, wrist, and lower body injuries could cause him to fall to the second round. After a concussion sustained in 2018, Phillips briefly retired from football altogether. Phillips had a breakout season in 2020 after sitting out 2019 but having multiple concussions (3) in recent seasons is very concerning for his long-term health.

Projection: Rounds 2 The biggest concern surrounding Wake Forest’s edge rusher is the perception he relies too much on his size to overpower blockers. At 6-foot-5, he is a tower and force to try and move, but this may not translate well in the NFL game. While most edge rushers try to bend around the edge, Basham is a battering ram and loves to shoot inside the gaps to penetrate the offensive line.