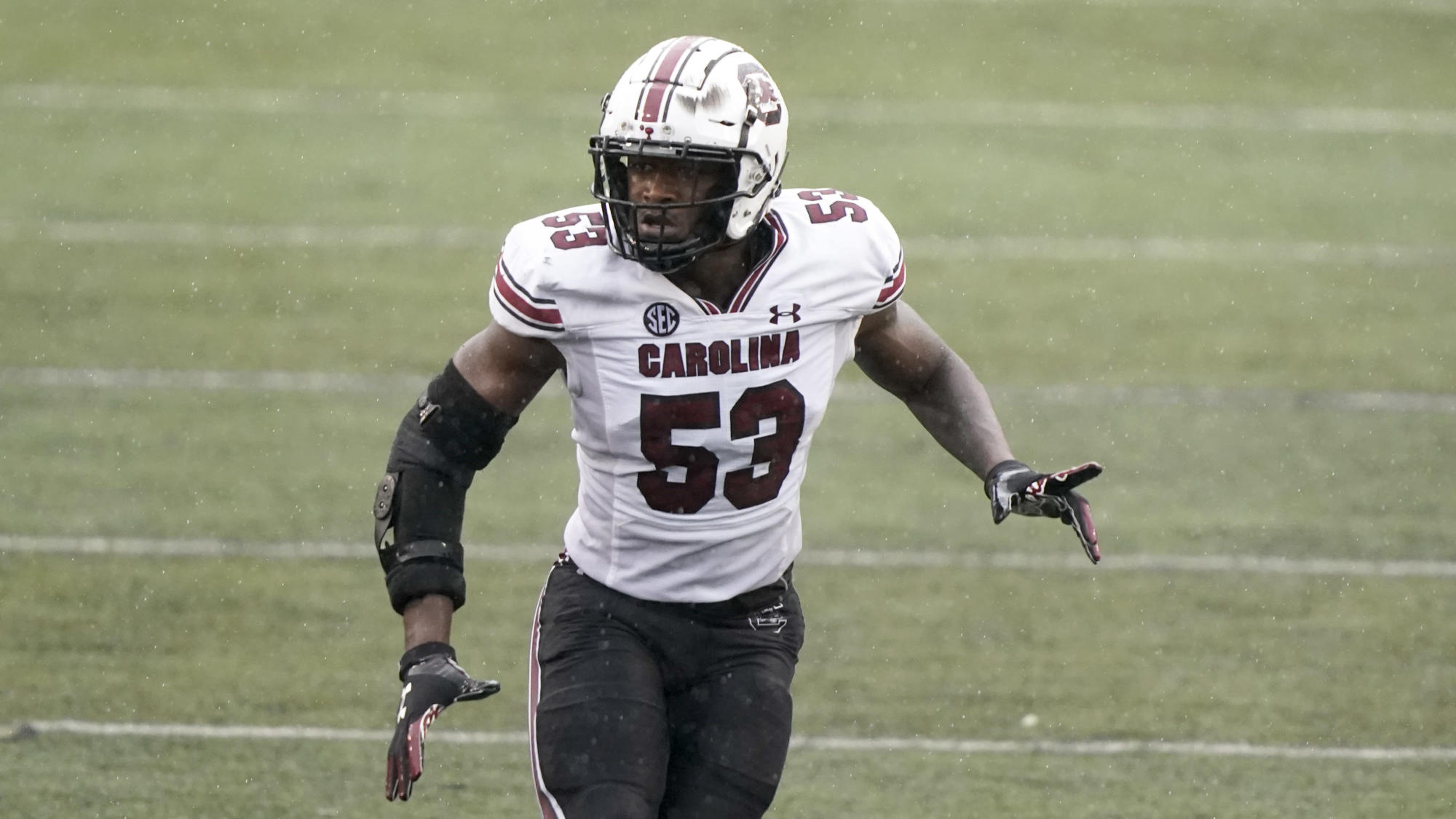 With a hole at inside linebacker, the Los Angeles Rams addressed one of their biggest roster needs in the third round of the draft. They selected Ernest Jones out of South Carolina at No. 103 overall, giving Raheem Morris a run-stuffing linebacker to work with in the middle of the defense.

Here are five things to know about the Rams’ third-round pick, who led the Gamecocks in tackles twice in three seasons.

He drew a comparison to Micah Kiser

Lance Zierlein of NFL.com shared his pro comparison for Jones and it’s a familiar face to Rams fans: Micah Kiser. They’re both strong tacklers who have limitations in coverage, but when they hit a ball carrier, the player knows it. Here is Zierlein’s scouting report for Jones, which sounds a lot like Kiser’s game.

Two-down linebackers with limited speed and below-average athleticism aren’t exactly in vogue these days, but Jones has the field IQ and interior toughness to warrant consideration. He’s a blue-collar linebacker capable of handling the physical duties required of his position, but he will always have limitations in pursuit speed and coverage talent. He has a good feel for diagnosing blocking schemes and finding runners between the tackles, so a role as a backup inside linebacker in a 3-4 defense might be his best fit early on in his career.

There’s no doubt about Jones’ biggest strength. He’s as powerful a tackler as any linebacker in this draft class, consistently bringing the hammer when coming downhill against opposing ball carriers. He’s not just a big hitter, though. He’s a sure tackler who wraps up well when he arrives, which is why his tackling grade was so high. According to Pro Football Focus, Jones earned the 28th-best tackling grade among all linebackers in college football last season (83.0). https://twitter.com/PFF_Rams/status/1388338034584604677

Rams ranked him as the best leader in the entire draft

The Rams put a lot of stock in a player’s character. They hold team captains and off-the-field leaders in high regard, both in free agency and the draft. Jones certainly fits that mold as a former team captain at South Carolina and a leader in the locker room. Les Snead told reporters Saturday that the Rams considered Jones the best leader of any prospect in the entire draft class. https://twitter.com/gregbeacham/status/1388344854724239361

Had offers from powerhouse programs out of high school

Jones was a three-star recruit from Georgia and he had plenty of interest from powerhouse programs. He received offers to go play for LSU, Oregon, Auburn, Virginia, Ole Miss and Mississippi State, but ultimately, he chose South Carolina.

In each of the last two seasons, Jones was the team’s tackling leader. He had 97 total stops in 2019, with 5.5 of them going for a loss. Then last season, he made 86 total tackles (5 for a loss) and led the team once again. In his career, Jones made 199 total tackles, along with two sacks and two interceptions.