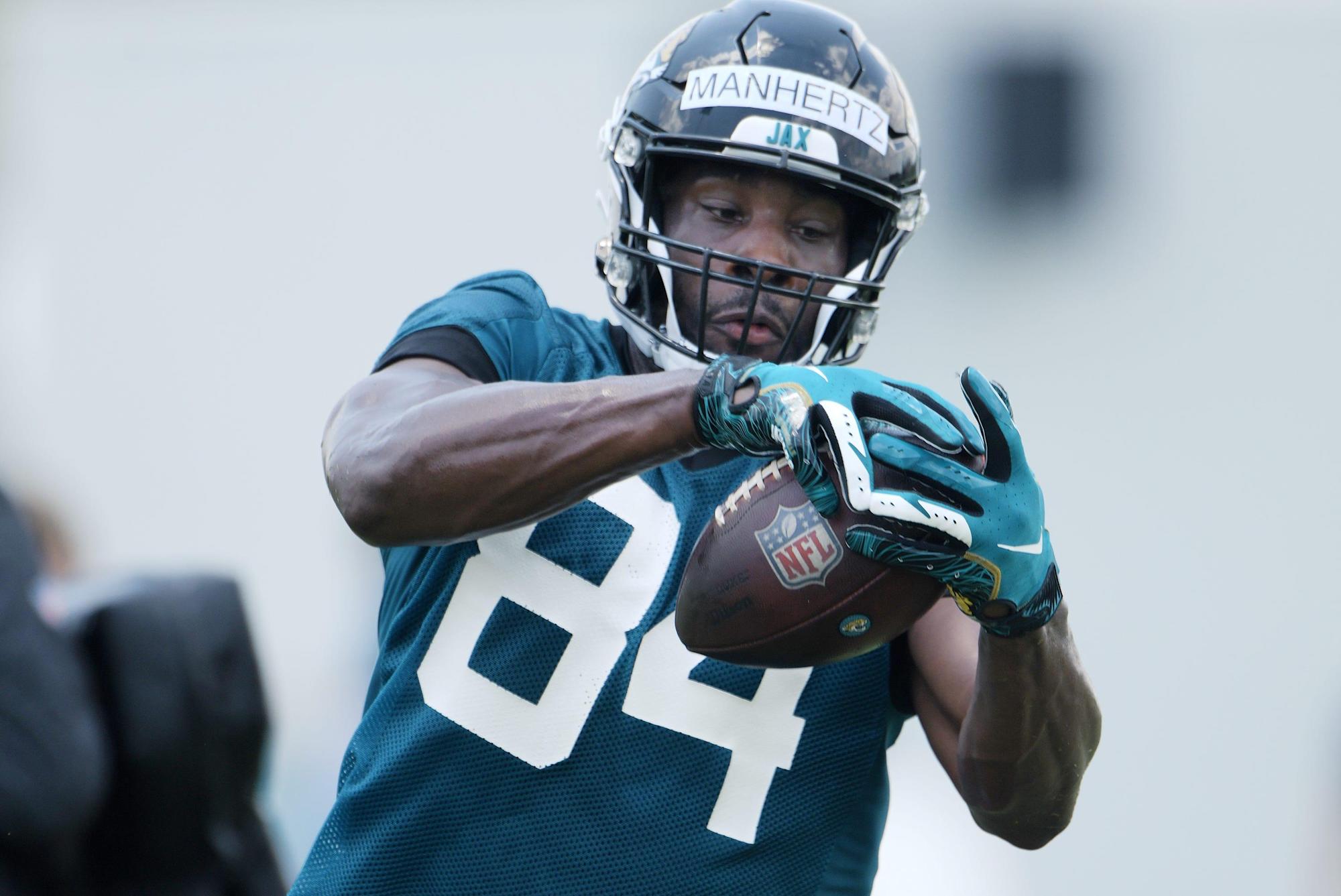 The Jacksonville Jaguars will start their training camp in a few weeks and it will be a great time to learn about the new-look team, which endured a lot of change this offseason. If fans can attend, a lot of eyes will be on notables like Trevor Lawrence, DJ Chark, and James Robinson to name a few on offense, but there will also be some under-the-radar names who catch fans by surprise.

Let’s take a look at five low-key players on offense who could surprise fans for many different reasons.

Aside from George Warhop praising Walker Little for his preparedness, we didn’t hear a lot about the offensive line, but that’s common in OTAs and minicamp. However, things will be ramping up for the unit as the pads will be on for training camp, and a real evaluation can be made in the trenches where things get physical. Right now, it seems like the Jags want to play the same starting five they had on the field last season, but if there is a place where the Jags could see a change, it’s at right guard. Incumbent A.J. Cann arguably had his best year last season, but Ben Bartch, a fourth-round selection from 2020, is someone who fans view as a future starter. He came into OTAs noticeably bigger and fitter by the eyes of First Coast News’ Mia O’Brien, which could mean he’s ready to build upon his rookie season where he started in a game and filled in for Cann due to injury.

Derwin Gray is a player many Jags fans may not be aware of as he was picked up from waivers by the team a few days after Christmas. However, he’s a player who our comrades at Steelers Wire weren’t too happy to lose as he filled in well at the guard position two weeks before he was waived. That said, it’s a strong possibility they had plans to bring him back in a matter of days. Unlike Bartch, it’s unknown if Gray can push to start, but he’s intriguing as a backup or practice squad option from what little we know. With a shortened preseason, he should see a decent amount of time on the field in the Jags’ three battles against the Cleveland Browns, New Orleans Saints, and Dallas Cowboys. When he is on the field, Gray may be one fans need to take note of as offensive line depth will be important for a 17-game season.

Jaguars (84) TE Chris Manhertz pulls in a pass during drills at Thursday’s OTA session. The Jacksonville Jaguars held their Thursday session of organized team activity at the practice fields outside TIAA Bank Field, May 27, 2021.
Jki 052721 Jagsotas 13

There was a sense of disappointment from the fanbase when the Jags signed Chris Manhertz because many were hoping for a higher profile name. However, Manhertz had an interesting OTA phase and garnered the attention of reporters. When he was signed, it was clear that Manhertz is a sound blocker based on his stats (only 12 career catches for 142 receiving yards), but Urban Meyer told the media that the staff believes he can be a “functional receiver” after the veteran was “better than advertised” this spring. Clearly, this means they will be watching him closely in the preseason as one of the most experienced tight ends on the roster.

Just like Manhertz, Phillip Dorsett was one of many free agents brought in by Meyer and Trent Baalke this offseason. Also, like Manhertz, he flashed in OTAs and was a favorite target of Trevor Lawrence. As we’ve seen in the past, these types of receiver/ quarterback connections can last through the offseason, and it wouldn’t be shocking to see Dorsett and Lawrence pick up where they left off during camp. That would be huge for the veteran receiver as tough decisions will have to be made for a group that is loaded with talent when looking at notables like DJ Chark, Laviska Shenault, Marvin Jones Jr., and Collin Johnson.

The Jags are notorious for finding undrafted gems at receiver when looking at the past few years or so. Those who come to mind are Allen Lazard (who is now a Packer, unfortunately), Keelan Cole, and Allen Hurns. Trent Baalke will be hoping Dave Caldwell’s luck in that field rubs off on him, and if it does, Josh Imatorbhebhe may end up being his diamond in the rough. At 6-foot-2, 220 pounds, Imatorbhebhe has great size and is a player who offers the Jags’ quarterbacks a big-time 50/50 ball threat. At Illinois’ pro day, he registered an unreal vertical jump figure of 46.5 inches, which would’ve been a combine record.