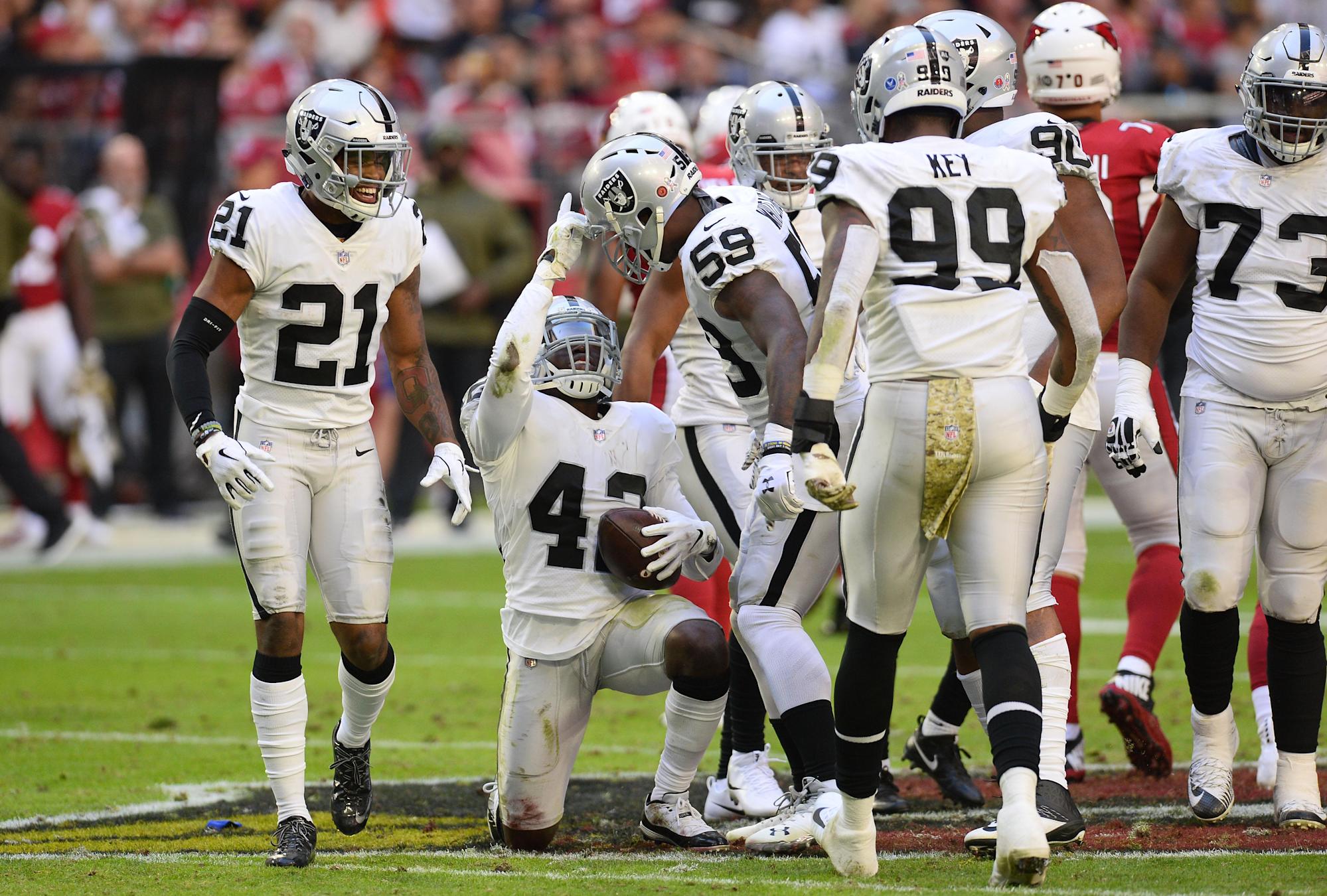 Raiders Nation waited nearly a month for the Raiders to do something — anything — in terms of adding a defensive back. That wait ended on Friday when the team brought back former top pick Karl Joseph after a year away in Cleveland.

The question with any signing this late in free agency is how much of an impact will that player actually be. Obviously, that remains to be seen. If he is to be an impactful signing, here are five ways in which that would be.

Right away, adding a viable starting safety at any point before the draft was a must. Had they gone into the draft with just Johnathan Abram as a sure starter and Jeff Heath as a spot starter, there’s just no way they could come out of the first two days without drafting a safety.

Sure, that seems easy enough, but that’s what everyone says until a) the guy they wanted is either not there or is a reach at that position or b) there is a better prospect at another position of need on the board they would have to pass up to address the safety position (offensive tackle, anyone?).

With Joseph in-house, should the Raiders find themselves in one of the above dilemmas, it’s a lot easier to make the wise decision and lean more toward the best player available (at a position of need) than to get antsy because they’re desperate.

Going after one of the top free-agent safeties would have been the best option here. But that ship has basically sailed. As of Joseph’s signing, they are projected to have less than $3 million in cap room which isn’t even enough to sign their draft class.

The Raiders went big on edge rusher Yannick Ngakoue and, for some reason, giving Kolton Miller a three-year extension and putting a chunk of that money on this year’s low cap. So, even before we know the specifics on Joseph’s contract, we know it’s gotta be on the cheap side or he wouldn’t be here right now.

This may be at number three, but it’s easily the most important. Joseph came out of West Virginia and was drawing comparisons to Earl Thomas from NFL Draft expert (checks notes) Mike Mayock. You know, the same guy who is now the GM of the Raiders.

Mayock called Joseph “a poor man’s Earl Thomas” when Joseph entered the draft in 2016. An ACL tear threatened to knock Joseph out of the first round, but the Raiders were unswayed and snapped him up at 14 overall… then moved him to strong safety (facepalm).

Joseph did line up at free safety in Jon Gruden’s first year back at head coach in 2018. And then they drafted hard-hitting safety Johnathan Abram, which seemed like it could lead to more time in center field for Joseph. But Abram got injured in the season opener and with Erik Harris more suited for free safety work, Joseph would be in the box a lot more.

Even in Cleveland, Joseph lined up mostly at strong safety. But, as it happens, his one interception of the season came as a (wait for it) free safety in (wait…for…it…) Gus Bradley’s favorite Cover-3 defense.

While we talk about Joseph drawing comparisons to Earl Thomas, it must be noted that there are no teams jumping at the chance to sign Thomas right now. Despite being just 31 years old and coming off a Pro Bowl season. Why? because he’s seen as a locker room problem.

He made enough of a stink in Seattle in 2019 that they refused to sign him to a long-term deal. Then, after a holdout, he returned to play out his remaining, only to break his leg in the fourth game. As he was carted off the field, he notoriously flipped off his coach, Pete Carroll.

His frustrations seemed somewhat warranted and after that season, he signed a four-year $55 million deal with the Ravens. It lasted one season before he was cut amid reports that his teammates were pleading to be rid of him.

Joseph is well-liked. He also was quite candid on Friday after he signed about how he never wanted to leave the Raiders in the first place and felt like he was returning home (even though the Raiders aren’t in the same place as when he left). He also added that when the Browns played the Raiders last season, there was an outpouring of love from his former teammates.

So, let’s say they do move him back to free safety. But then they take a free safety high in the draft and he’s ready to go from day one. While Joseph will make for a solid next man up at either safety spot. Abram, a high pick free safety, Joseph, and Jeff Heath are a nice group to go into the season with.

So, while we’re talking about the possibility that he won’t be a starter going into the season, he won’t just be taking up a roster spot either. The most valuable reserves also contribute on special teams.