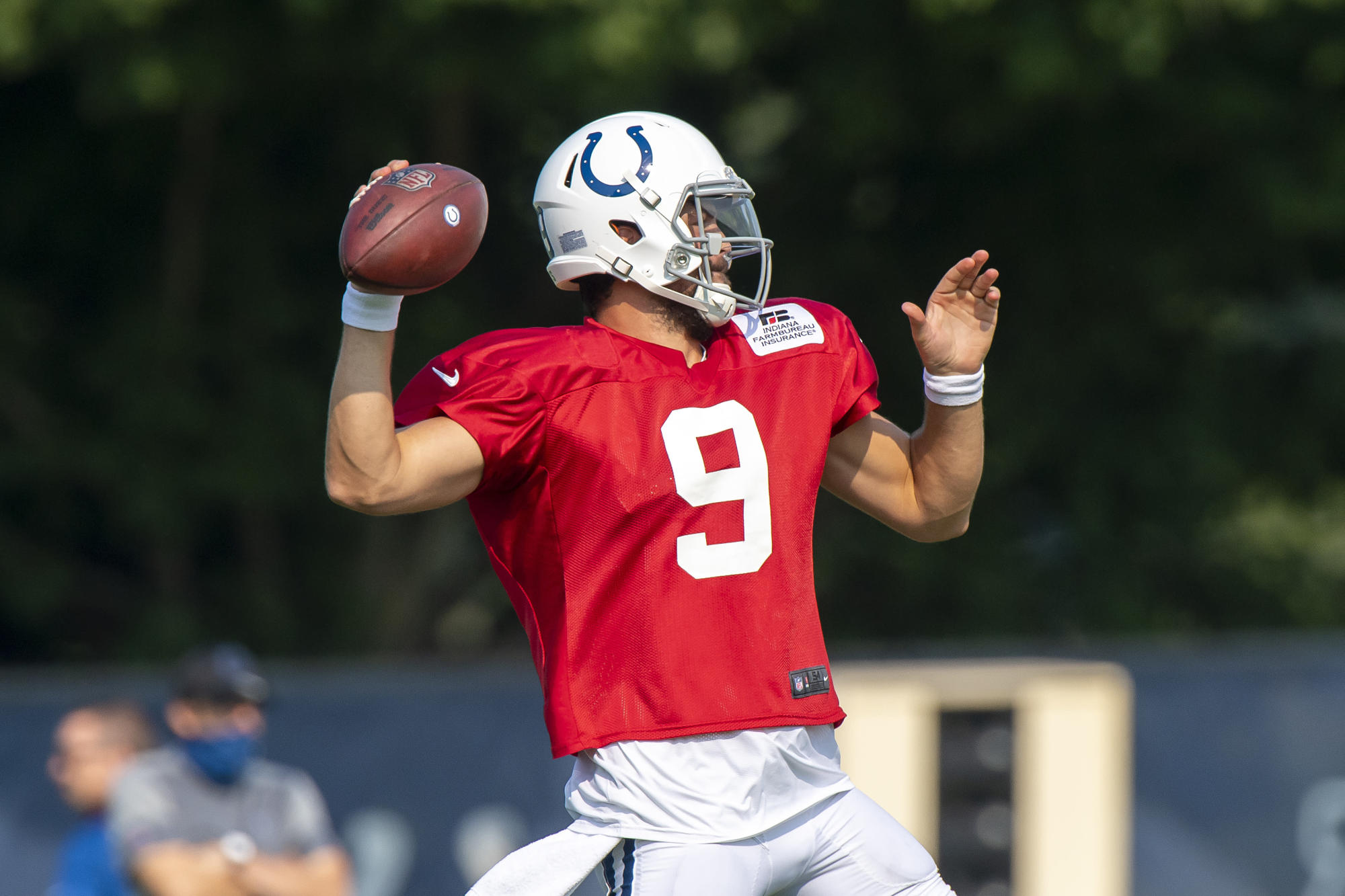 The Indianapolis Colts have gotten through the 2021 NFL draft and are now focused on the process of trimming down the roster to 53 players over the next few months.

The majority of those decisions won’t be impacted until training camp begins. The Colts have their offseason workouts but the jobs are hardly secured then. Though most starting jobs are already locked up, there are some players on the current roster who may be on notice following the offseason moves.

Here are seven Colts whose jobs are in jeopardy this offseason:

The fourth-round pick from the 2020 NFL draft for the Colts has been put on notice. After a redshirt rookie season working behind Philip Rivers and Jacoby Brissett, Eason now has some competition for the backup role behind new quarterback Carson Wentz. Though it was expected that the Colts were going to bring in competition for Eason, they did so in the form of sixth-round pick Sam Ehlinger, a prospect the Colts can’t seem to talk enough about. When training camp is all said and done, Eason could be on the outside looking in with Wentz and Ehlinger ahead of him on the depth chart.

Davenport already faced an uphill battle to make the roster given that Sam Tevi is likely to be the starting left tackle. Then, the Colts signed two-time Pro Bowler Eric Fisher to a one-year deal, and Davenport’s chances to make the roster are even slimmer. Davenport has struggled since entering the league but the Colts seemed to like him enough to sign him to a one-year deal. But now Davenport is likely to be the third-string offensive tackle at best and if Will Holden and Will Fries prove to be better depth pieces, Davenport’s role with the team could be non-existent.

Since joining the Colts in 2018 as a waiver claim, Muhammad has seen plenty of work on the defensive line. With Justin Houston and Denico Autry departed, Muhammad was looking at a prominent role in the rotation. That was before the Colts added Kwity Paye in the first round and Dayo Odeyingbo in the second round of the 2021 NFL draft. Muhammad will still be in the rotation but if the rookies show out early, it may be hard to maintain the 56% snap share he held in 2020.

This is more of a future outlook for Lewis, who is likely to keep the versatile role for the majority of the season. However, if Odeyingbo returns strongly from his Achilles injury, that would be a major threat to Lewis’ playing time given that they are likely to hold the same role. The Colts have raved about Odeyingbo ever since they selected him at No. 54 overall so it wouldn’t be a surprise at all if Lewis’ contract season was interrupted by the emergence of the second-round pick.

Togiai didn’t hold a prominent role with the Colts during the 2020 season but he was TE3 on the depth chart entering the draft behind Jack Doyle and Mo Alie-Cox. Any hope of him holding that role likely went out the window when the Colts drafted Kylen Granson in the fourth round. Granson’s skill set fits perfectly into what the Colts want their move tight end to be. He’s explosive and athletic in the open field while having the versatility to line up all over the formation. Togiai wasn’t going to hold a big role but any chance of him being the TE3 are now gone.

This one is a bit of stretch. However, Wilkins is entering a contract year as a depth piece in a backfield that already features Jonathan Taylor, Nyheim Hines and Marlon Mack. Though it’s unlikely, it wouldn’t be a surprise if the Colts traded Wilkins to a team with a thin running back depth chart. Again, it’s unlikely but it also wouldn’t be a surprise. If the Colts hypothetically sent Wilkins to another team that could use a solid starting running back, it would give the explosive Deon Jackson a chance to crack the roster. The Colts like him enough to where it wouldn’t be that outlandish of a stretch.