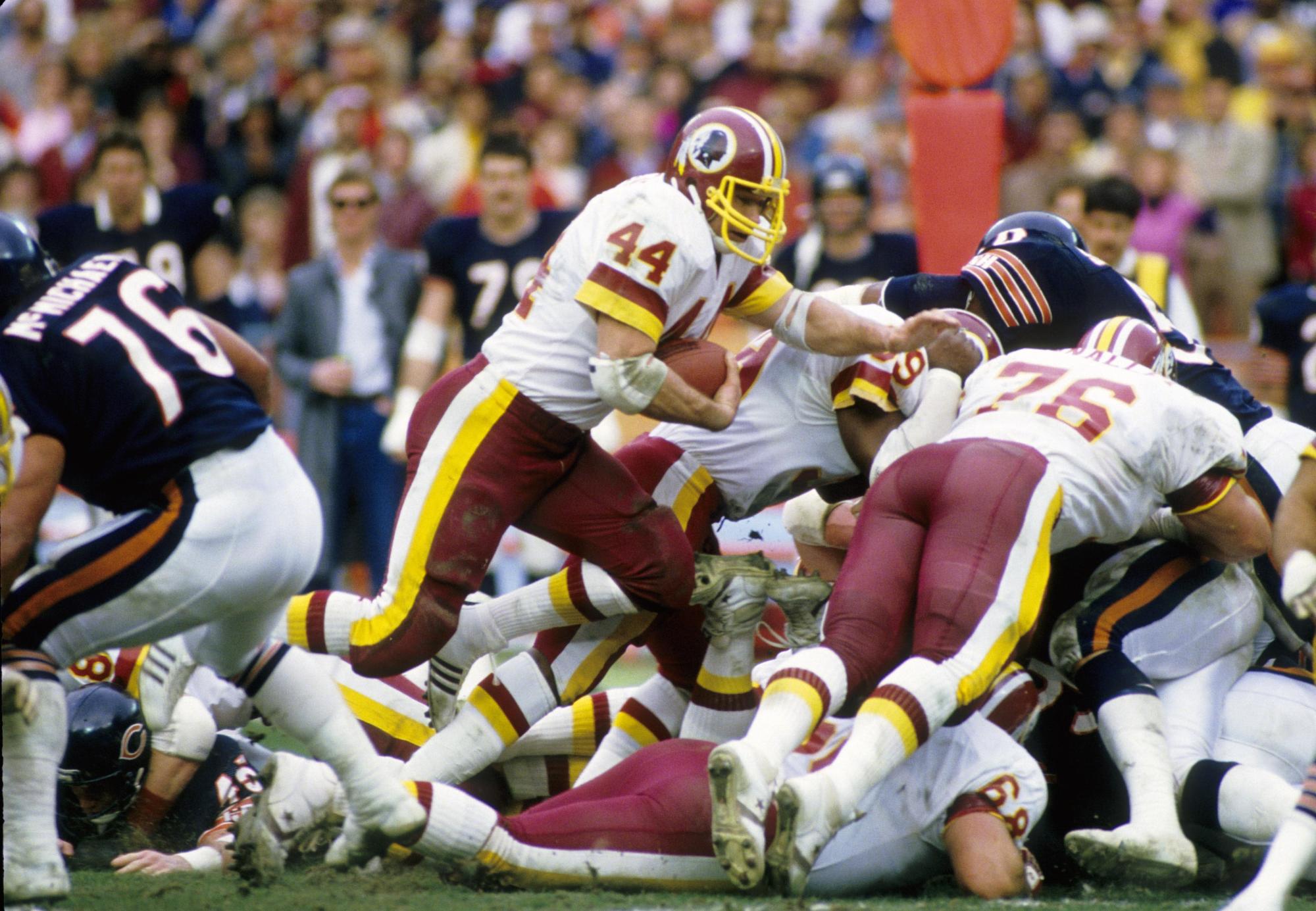 When you think of nicknames, specifically NFL nicknames, what is the first one that comes to mind?

Names such as “Sweetness,” “Juice,” “Megatron,” and “Broadway Joe” are just some of the names that first come to mind. Hardcore NFL fans need no more information as they know who those players are just by the nickname.

Touchdown Wire recently put out a list of the top 101 nicknames in NFL history. It is a fun list. Players such as Brett Favre, Calvin Johnson, and, of course, Walter Payton are on the list. Others, such as Ickey Woods, are more popular for their name than their game.

How many former — and current — Washington stars made this unique list?

Seven current and former members of the Washington Football Team made Touchdown Wire’s list of the top nicknames.

Here are all seven of those players — and coach — with Touchdown Wire’s thoughts on each.

Chase Young earned his nickname in college with the Ohio State Buckeyes as a nod to his dreadlocks and his relentless pursuit of opposing quarterbacks. For those unfamiliar with the “Predator” film series, the antagonist is a ruthlessly intimidating, dreadlocked alien being. Young enjoyed an impressive rookie season with the Washington Football Team in 2020, recording 44 tackles, 7½ sacks, four forced fumbles and three fumble recoveries in 15 games.

Young is poised to become one of the NFL’s top defenders this season, and his nickname certainly fits his game.

Slingin’ Sammy Baugh was the first prolific passer in NFL history, a forerunner of the future quarterback prototype at a time when the ground game was the preferred method of offense. He actually earned the nickname from a Texas sportswriter as a student-athlete at Texas Christian, where he was a two-time All-America quarterback. He went on to play 16 NFL seasons with Washington, and he was the league’s career leader in passing yards when he retired after the 1952 season.

Baugh is arguably the top player in the history of Washington’s storied franchise.

Here’s an entirely different kind of rifle. Ryan Fitzpatrick humorously dubbed himself the Amish Rifle in a nod to his ample beard while a member of the Buffalo Bills a decade ago. A football nomad who has toiled for the Rams, Bengals, Bills, Titans, Texans, Jets, Buccaneers and Dolphins, Fitzpatrick signed with the Washington Football Team in March 2021. We would be remiss not to mention his secondary nickname, FitzMagic, bestowed when he eclipsed 400 passing yards in three consecutive games to start the 2018 season.

Fitzpatrick has many nicknames. Fitzmagic, Fitztragic and the Amish Rifle are just three of his nicknames. Washington hopes it sees plenty of Fitzmagic in 2021.

Terrance Knighton earned the nickname Pot Roast when a teammate heard him emphatically order one during a team flight with the Jacksonville Jaguars. “So it stuck to me,” Knighton said at Super Bowl XLVIII media day. “It was either that or Shrimp Alfredo.” At 6-foot-3 and 355 pounds, there’s nothing shrimpy about Knighton. He registered 206 tackles, 14 sacks, three forced fumbles and two fumble recoveries during a seven-year NFL career with Jacksonville, Denver and Washington.

He only played one year in Washington, but come on, how many nicknames are better than “Pot Roast?”

Washington Football Team head coach Ron Rivera became known as “Riverboat Ron” as a nod to riverboat gamblers because of his willingness to take risks. He wasn’t always like that, though. His willingness to gamble is fueled in part by a conservative decision that backfired in 2013 when he was coaching the Carolina Panthers. Prior to his coaching career, Rivera played linebacker for the Chicago Bears for nine seasons, including the 1985 Super Bowl season.

Rivera played his entire career with the Chicago Bears and spent a decade coaching the Carolina Panthers. Now, he is unquestionably the top man in Washington’s football power structure. “Riverboat Ron” is a classic nickname.

Years before basketball superstar Shaquille O’Neal took the “Diesel” nickname to the hardwood, John Riggins was dubbed with the moniker for his bruising running style on the football field. No play was more emblematic of Riggins’ career than his 43-yard touchdown romp in Super Bowl XVII, in which he dragged hapless defender Don McNeal for several yards before bursting into the open down the sideline for the go-ahead score. In 14 NFL seasons with the New York Jets and Washington, Riggins rushed for 11,352 yards and 104 touchdowns.

So many nicknames are synonymous with those great Washington teams from the 1970s until the early 1990s. You had the “Hogs,” then the “Fun Bunch” and finally “The Posse.” Then, you had the “Diesel.” Stories of John Riggins from his time with Washington are legendary. He had one of the best nicknames for a running back in league history.

One of the greatest cover corners in NFL history, Deion Sanders actually received his nickname for exploits on the basketball court. The moniker came from a teammate at North Fort Myers High in southwest Florida after Sanders had scored 30 points in a game. The nickname served him well as he became a multisport standout in college at Florida State and went on to stardom in the NFL and major league baseball. In 14 NFL seasons with Atlanta, San Francisco, Dallas, Washington and Baltimore, Sanders excelled on special teams and even played some wide receiver on offense in addition to his usual defensive duties. He was picked for the Pro Bowl eight times and named first-time All-Pro six times.

Deion only spent one season with Washington, but it certainly was memorable. The WFT had three Hall of Famers at corner with Sanders, Darrell Green and Champ Bailey.