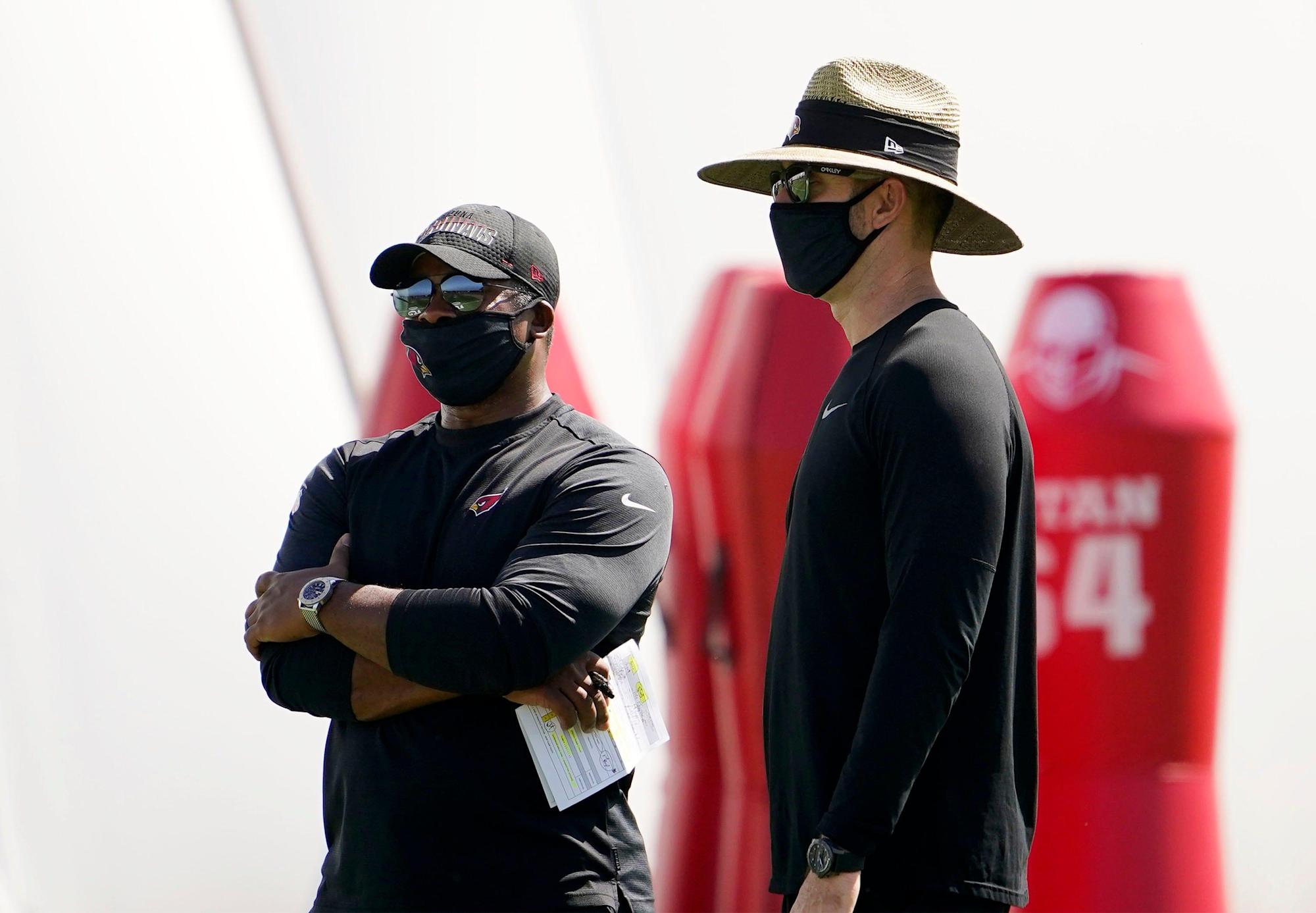 The Arizona Cardinals will kick off training camp next week and begin to have practices. There will be a number of position battles to watch unfold, both for the starting lineup and for rotational roles.

Which ones are most notable?

While it is believed that Chase Edmonds will be the primary back this year, newcomer James Conner has already been that guy with the Pittsburgh Steelers. Edmonds is the favorite to win the job but Conner is going to compete for it. It will be fun to see how much both push each other and how each role plays out.

Chris Streveler won the backup job as a rookie last year over Brett Hundley. The Cardinals signed Colt McCoy in the offseason and is expected to win the job. However, his contract does not have any guarantees, so Streveler could beat him out like he did Hundley. In terms of roster construction, we will see if the Cardinals try to keep all three on the roster.

The starting right guard job is wide open and four guys are in the mix. They brought in veteran Brian Winters in free agency. Justin Murray ended up the starter at the end of last season. 2020 third-round pick Josh Jones is expected in the mix and veteran Max Garcia, in his third year with the team, also is expected to compete. All four likely make the final roster but only one will start.

Chandler Jones returns on one side of the defense. However, will the other starter be Markus Golden or Devon Kennard? The two will compete for the starting role and for playing time.

The top three receivers on the team are pretty set with DeAndre Hopkins, A.J. Green and Christian Kirk. The fourth spot, which will get some playing time because the Cardinals use four wide receivers on the field more than any other team in the league, will be between a rookie and a player battling for a roster spot in his third year. Andy Isabella had the role a year ago and still has not yet become what everyone hoped he would become. They added Rondale Moore in the second round of the draft and they are excited about him, his toughness and his speed. Neither Isabelle nor Moore will have a major role in the offense but they need to be playmakers when they are on the field.

Byron Murphy, despite being known as the slot corner, is being talked about like their No. 1 cornerback. He will be on the field 100% of the time on defense this season. The Cardinals signed Malcolm Butler in free agency, but the question is whether he or a healthy Robert Alford will start opposite Murphy. Butler, Alford and Murphy, if all stay healthy, are the team’s three main cornerbacks. The question is which one stays off the field in base defensive packages.

All the non-starting safety spots

Budda Baker and, if healthy, Jalen Thompson will start at safety for the Cardinals. After that, there will be fierce competition for the remaining two or possibly three spots on the roster at the position. They have Deionte Thompson, Chris Banjo, Charles Washington, free agent addition Shawn Williams and rookie James Wiggins. One or two guys will miss the cut.