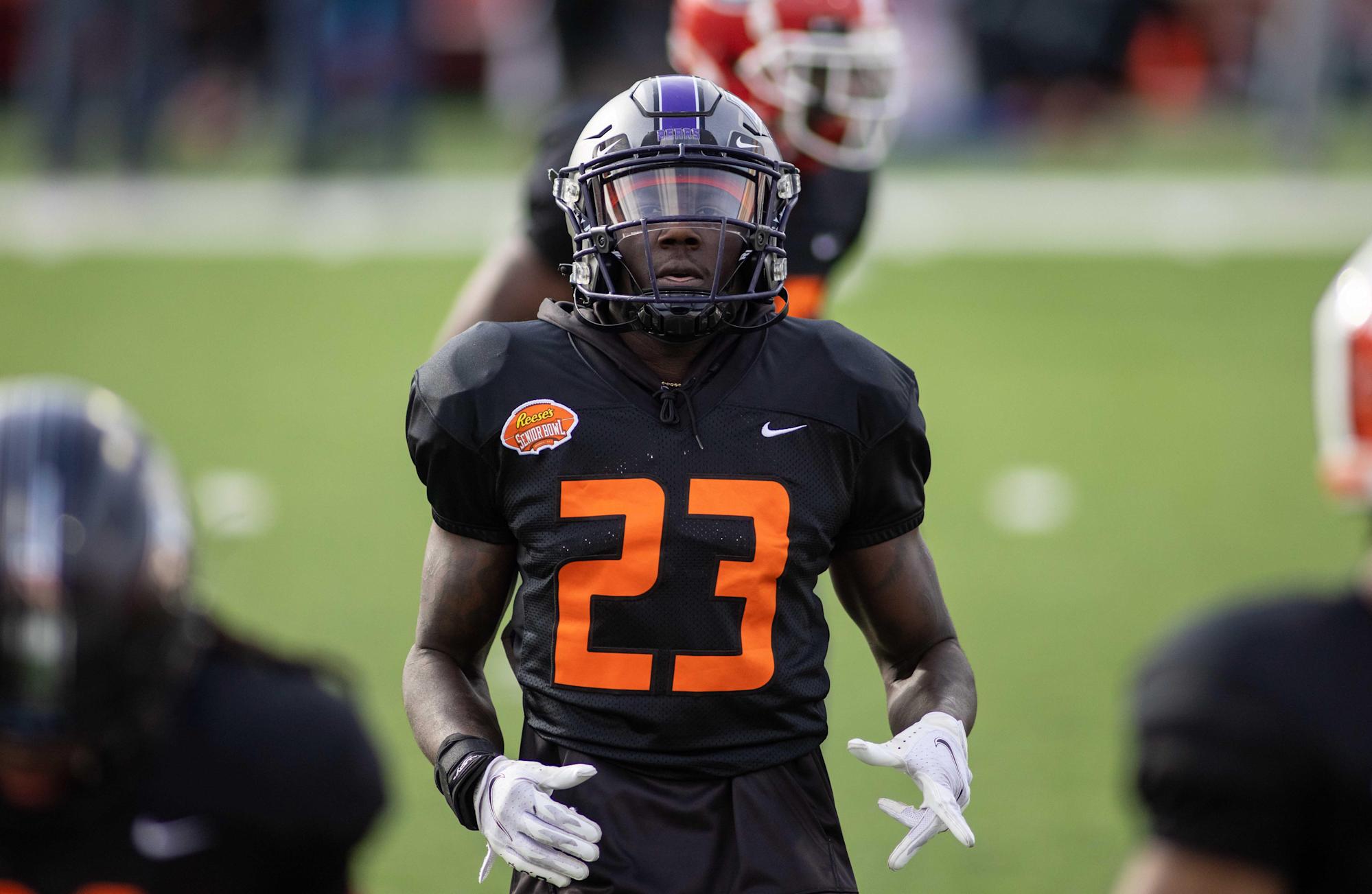 Coming off a season in which the Titans had a secondary that finished 31st in passing touchdowns, and 29th in both completions and yards allowed, Tennessee needs to continue upgrading the secondary in 2021.

The Titans made a few key additions via free agency, but fortunately for them this cornerback class is loaded with talented and intriguing prospects who could potentially help the Titans take that next step from contenders to champions.

This mock draft is solely going to involve the cornerbacks who could be both realistic and viable options for Tennessee when the team is on the clock for each of their nine picks.

Without further ado, let’s take a closer look at some of the best possible options per round.

Note: The Titans have two picks in the third and sixth rounds, so we’ve provided a pair of potential prospects for both of those spots.

Back in 2019, the Titans struck gold by selecting Jeffery Simmons, a player many had graded as a top-10 pick, but unfortunately (or fortunately for the Titans) had some injury concerns, which ultimately dropped his draft stock.

The Titans could be in a similar situation with Farley should he drop all the way to No. 22 overall. If he never had a back injury at the end of 2019, he would most likely be a top-10 pick in this draft.

Just like they did with Simmons, Tennessee must weigh the risk versus reward in a situation like this.

The risk is taking a gamble on a player whose back has clearly been an issue for the last two years, and he might not fully recover anytime soon.

The reward being if they hit on this, they get arguably the best cornerback in this entire draft who has the rare blend of size, speed, and skills to be a special cornerback for years to come.

Adding a rare talent like Farley to a secondary that desperately needs a star on the perimeter would be a massive boost for Tennessee’s defense. The team doctors will likely get the final decision on Farley but if he gets the green light for the foreseeable future, the Virginia Tech cornerback will provide a massive upgrade at arguably the teams biggest position of need.

The talented cornerback from Florida State may not be the most scheme-versatile corner in this class, but fortunately for Tennessee he fits what they want to do on defense like a glove.

Samuel excels in man coverage and is athletic enough to cover the slot out the gate, but also possesses the talent and potential to eventually become the best cornerback on the team while working on the outside.

Samuel would undoubtedly give the Titans an immediate upgrade to the backend of the defense. Janoris Jenkins and Kristian Fulton would likely man the outside with Samuel in the slot, with the expectation that Fulton and their rookie corner would take over on the outside after a year or two.

Samuel would be a dream pick in the second round if the Titans do not go corner in the first. If Tennessee truly values what Samuel could bring to their defense, they may need to be aggressive and move up to get him.

St-Juste is one of those rare breed of cornerbacks who has the blend of size and speed that defensive coordinators often drool over. He may not be the fluid technician that someone like Farley is, but the Minnesota product can more than hold his own.

He is a physical cornerback who uses his length to his advantage in press coverage. His ball skills are constantly improving and he has all the tools to eventually become a significant contributor to a defense like Tennessee’s that will allow him to get physical with his opponent.

St-Juste may not immediately help with the hole in the slot, but he has tons of shutdown potential on the outside and has enough promise that he could develop into one of Tennessee’s top corners over time.

Adebo is an athletic corner who has the hip flexibility to open up and run upfield when shadowing receivers on deeper routes. He demonstrates good agility in off-coverage to close separation at the top of the route.

He plays with the instincts and football IQ necessary to thrive in zone situations but he is still a work in progress against man.

Adebo has very good ball skills to locate and track, while also demonstrating the competitiveness to close and get his hands on the football, as displayed by his 9 total turnovers in college.

He was also a two-time All-Pac 12 selection and before opting out of 2020 was on the Bronko Nagurski, Chuck Bednarik, and Jim Thorpe Award watch lists, while also being named a preseason All-American. Adebo could have tremendous upside if still available here in the third.

Robinson was a menace in the slot over his career at UCF and he consistently showed that throughout his impressive Senior Bowl week.

The way UCF played him there should eliminate any worry about Robinson transitioning to the slot at the pro level, but becoming a consistent outside corner may take some time.

Robinson may intrigue teams like the Titans that are seeking improvement, competition, and depth for their cornerbacks room, as he will provide all three of those to some extent.

Unfortunately, he had a bit of a down year in 2020; however, if he is on the board at this point in the draft, it would be wise for Tennessee to take a swing on someone who could develop into a long term option in the slot.

Brown gives the Titans another speedy cornerback with budding potential as both a corner and kick returner.

The small but feisty corner especially thrives in the slot, where he would instantly provide another viable option on the inside for Tennessee to work with.

The Oklahoma product was extremely productive during his time in college. He finished his career with 141 total tackles, 8.5 tackles for loss, two sacks, four interceptions, and 31 passes defended over a four-year span.

Jean-Charles was a two-year starter who also contributed on special teams during his time at Appalachian State. He plays with an aggressive style and seems more comfortable when allowed to rough his opponent up. Jean-Charles’ play fits into what the Titans are trying to do on defense.

Rochell is a nice-sized corner at nearly 6-foot, 200 pounds. His most intriguing trait are his next-level ball skills that show up in spurts. He displays good instincts, awareness and possesses a closing speed that allowed him to dominate his level of competition.

Rochell reeled in 10 total interceptions over his last three seasons at Central Arkansas. At this point of the draft, the Titans finding a long corner who has shown a ton of raw potential to be a ball hawk would be a wise gamble for them to take.

Lenoir was a three-year starter at Oregon and is a nice-sized cornerback who showed steady progression throughout his career.

A scheme-versatile prospect, Lenoir is capable of playing corner at the next level but he may be better suited as a box safety. His versatility is something that should intrigue a Titans team that could use all the help they can get.