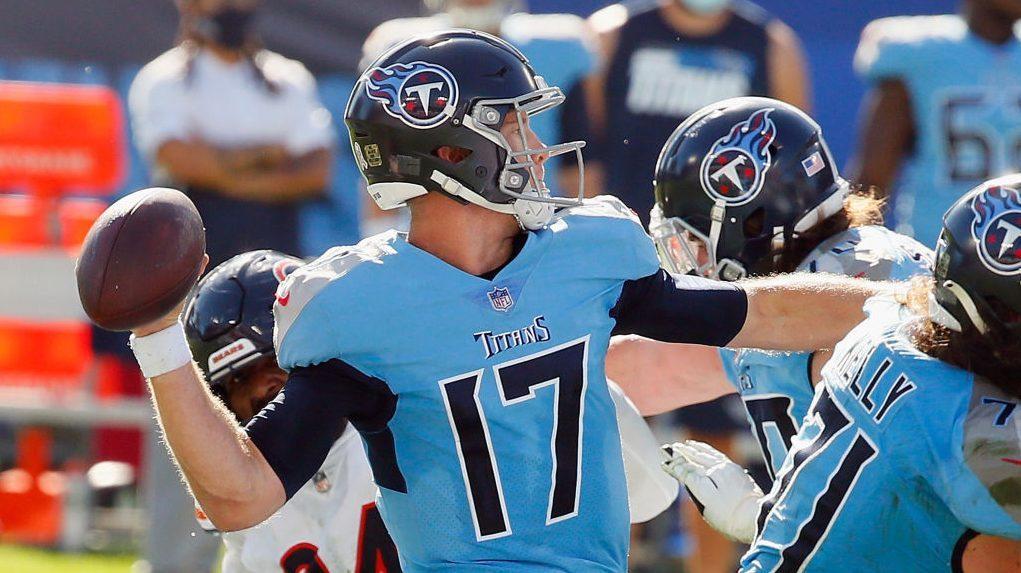 Since joining the Tennessee Titans in 2019, Ryan Tannehill has graded out statistically as one of the best quarterbacks in the NFL.

He has the highest passer rating of any quarterback in the league over the last two seasons combined and is also league-best in yards per attempt. He’s tossed 55 touchdowns to just 13 interceptions during his two seasons as quarterback in Tennessee and now gets to add Julio Jones to his group of receiving targets for the upcoming season.

But Tannehill isn’t talked about as being on par with Patrick Mahomes, Aaron Rodgers, Russell Wilson, etc.

“I certainly believe so,” Brown said on NFL Network, via Mike Moraitis of TitansWire.com. “He’s not in the top 10 talk or whatever talk, (and) to me it’s nonsense. Many games, we fought back in the two-minute, Derrick (Henry) don’t get the ball every play. Somebody’s got to throw us the ball and he’s very accurate. Anybody who’s sleeping on that is nonsense. He doesn’t really care about that stuff and neither do we, so I think his head is in a good place.”

Part of the reason Tannehill isn’t viewed among that same echelon is because he wasn’t that player in Miami with the Dolphins. While he’s been a significantly more productive player in Tennessee, sometimes perception is slow to catch up. With a top-tier running back in Henry, and two star targets in Brown and Jones on offense, the formula could be in place for Tannehill to begin getting some more widespread respect for the level of play he’s had if he’s able to replicate it for a third straight year.