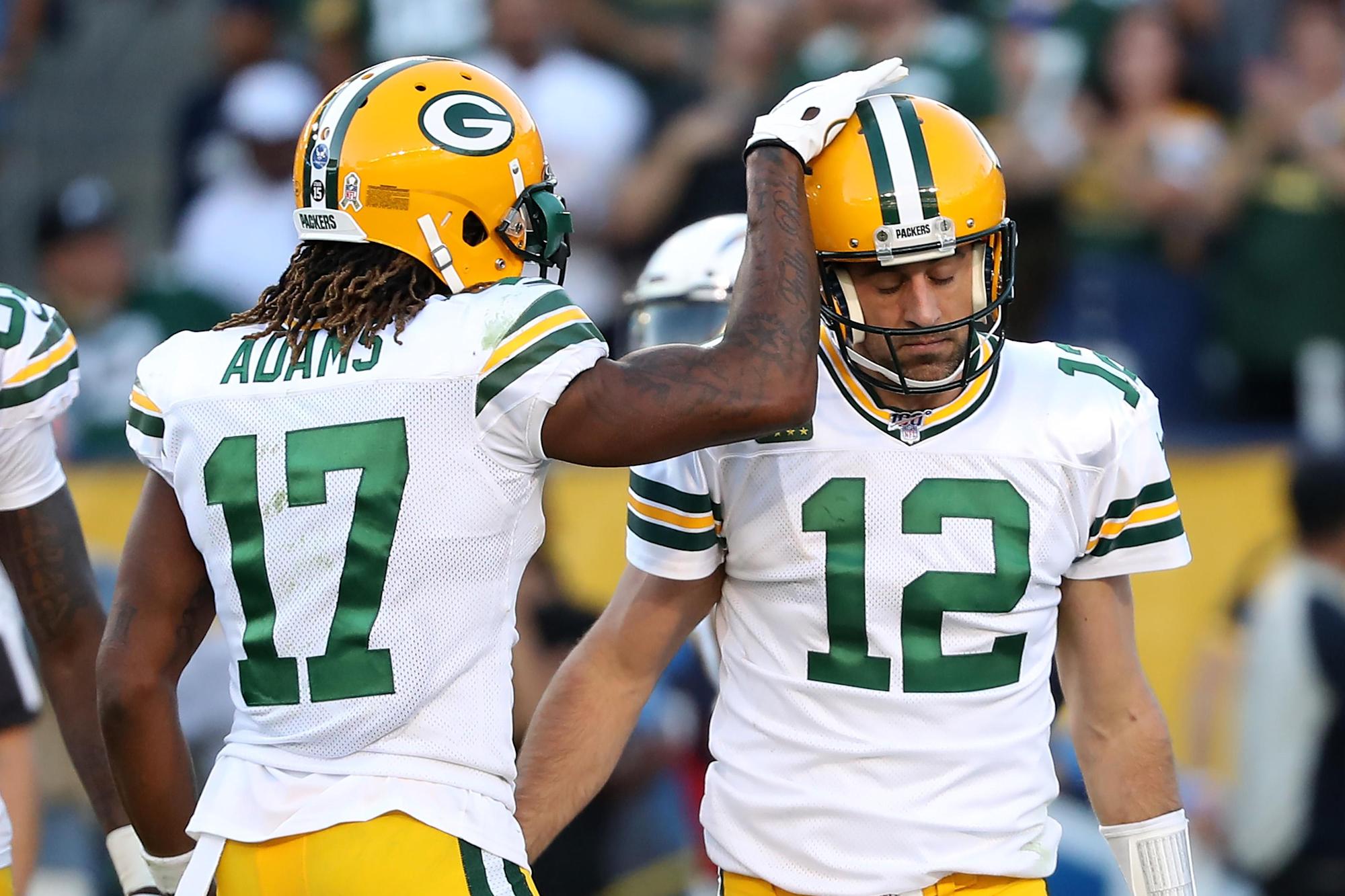 Green Bay Packers wide receiver Davante Adams admitted Monday what should be obvious: The future of Aaron Rodgers will directly affect his own in Green Bay.

Adams, a first-team All-Pro in 2020 but also an unrestricted free agent following the 2021 season, explained his thoughts on the matter to Colin Cowherd on “The Herd.”

If Rodgers is gone, would Adams have to re-think returning to the Packers in 2022?

“Potentially, potentially. That’s my guy,” Adams said. “It would change a lot. It doesn’t mean, potentially, that I’d be gone, but I would definitely have to do some extra thinking if my guy wasn’t here.”

Rodgers, the 2020 MVP, is unhappy with the Packers and wants out of Green Bay.

Adams. who has one year left on his current contract, took his quarterback’s side in the dispute without any hesitation.

“I defend my guys on everything,” Adams said. “When you’ve gained that respect, you want to be treated with that type of respect. Certain things, I can’t speak on specifics, but certain things that he wants and maybe the club wasn’t so excited about living up to right away. That can affect a guy who has done so much for an organization…I’ve been behind 100 percent throughout the whole thing.”

Together, Rodgers and Adams have become one of the most prolific and dangerous quarterback-receiver tandems in football. Last year, Rodgers completed 115 passes for 1,374 yards and 18 touchdowns to Adams, helping create an MVP season for Rodgers and an All-Pro season for Adams.

Rodgers has been Adams’ only NFL quarterback, save for a few starts from Brett Hundley during the 2017 season. It’s only reasonable to assume that Rodgers leaving Green Bay this offseason would affect Adams as he approaches a contract year with the Packers.

And if the Packers lose Rodgers and begin a transition phase to Jordan Love, a top-of-the-market deal for Adams – potentially at $20 million or more per season – might not make sense for the team.

Of course, the possibility remains that Rodgers is back and there’s renewed harmony in Titletown.

“A lot is still being figured out on his end. It’s tough for me to get into specifics and speak on it. Honestly, I would love to. I can’t wait until I can get on here and tell you he’s back and we’re back doing our thing that we’ve been doing. For now, it’s just got to iron out a few things.”