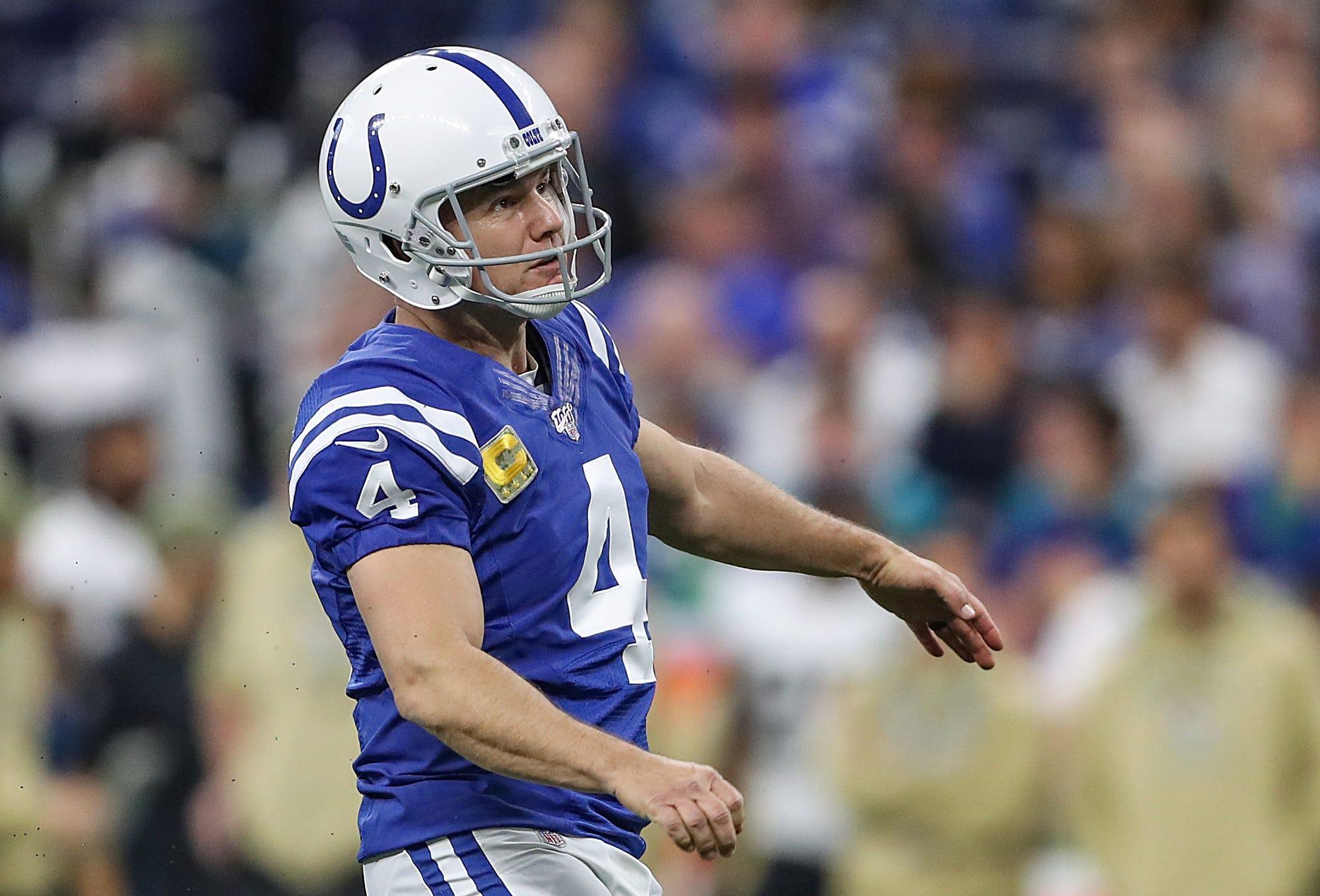 Former Indianapolis Colts kicker Adam Vinatieri hasn’t played in an NFL game since December 2019, but he hasn’t officially called it a career yet. However, that time may be approaching soon.

Vinatieri told Hall of Famer Morten Andersen on the latter’s podcast podcast “Great Dane Nation” that while he hasn’t officially made the move to retire, the writing is on the wall for the 48-year-old.

“I haven’t officially retired, but I’m probably on that way,” Vinatieri said on the podcast via IndyStar. “Like I said, I’m continuing to do stuff to try and get there. It’s just not … there might be a time to officially do that here in the near future.”

Vinatieri finished the 2019 season on the injured reserve list, which paved the way for Chase McLaughlin to finish out the campaign as the Colts’ kicker. Indy then brought in undrafted rookie Rodrigo Blankenship, who was the team’s kicker in 2020.

Vinatieri ended that season with a knee injury and had intentions of returning. However, he dealt with complications with the surgery and recovery process while the country and league tried to handle the pandemic.

“When you get to be our age, and you’ve kicked as many balls as we have, things start to wear out a little bit,” Vinatieri said. “Unfortunately, it was a little bit more than we were hoping. We knew we had some stuff in (the knee) that needed to be fixed. But when our surgeon went in there, he said, ‘I’m not giving you the 40,000-mile overhaul; it looked like we gave you the 80,000-mile overhaul.’”

Vinatieri hasn’t given up, though, and has been working over the last year to get back into playing shape. The body just hasn’t been able to bounce back like it used to.

“Every time I try to go out and push it, it pushes back a little bit, which in a weird way, puts the writing on the wall. I haven’t officially, like, given up by any means,” said Vinatieri. “But it’s not coming back the way I thought it would or wanted it to.”

The Colts have moved forward from the future Hall of Fame kicker, who owns the most field goals made in a career. They will see a battle between Blankenship and Eddy Pineiro, who signed with the team following the 2021 NFL draft.

Vinatieri hasn’t officially called it a career yet, but don’t be surprised if that news comes out over the offseason.

Colts ‘on track’ to approval for full stadium capacity in 2021