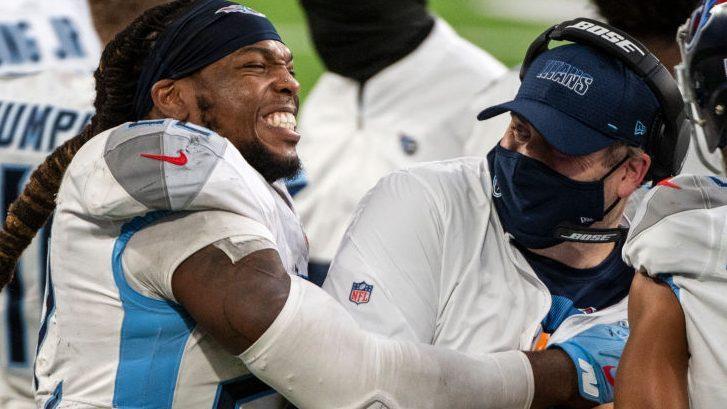 Before becoming the head coach of the Falcons this year, Arthur Smith spent the last decade as an assistant in Tennessee, including the last two years as the Titans’ offensive coordinator. And that gave Smith an appreciation for what running back Derrick Henry could do in his offense.

But Smith is under no illusions that he can follow the same blueprint in the Falcons’ offense.

Smith said on Cris Collinsworth’s podcast that Henry is such a unique player that feeding him the ball was a no-brainer. Henry led the NFL in both carries and yards in both of the two years that Smith was the Titans’ offensive coordinator.

“And really Derrick, it was a practicality. Derrick is the outlier. The number of carries he had, and when he gets going, it’s impressive to watch,” Smith said.

Henry is certainly an outlier physically, as there isn’t another 6-foot-3, 247-pound running back who can move like Henry. But Smith also seems to view Henry’s role in the offense as something of an outlier. Henry got 378 carries for the Titans last year. Don’t expect Smith to call anything close to that for any of the Falcons’ running backs this year.

After calling plays for Derrick Henry, Arthur Smith sees him as “the outlier” originally appeared on Pro Football Talk