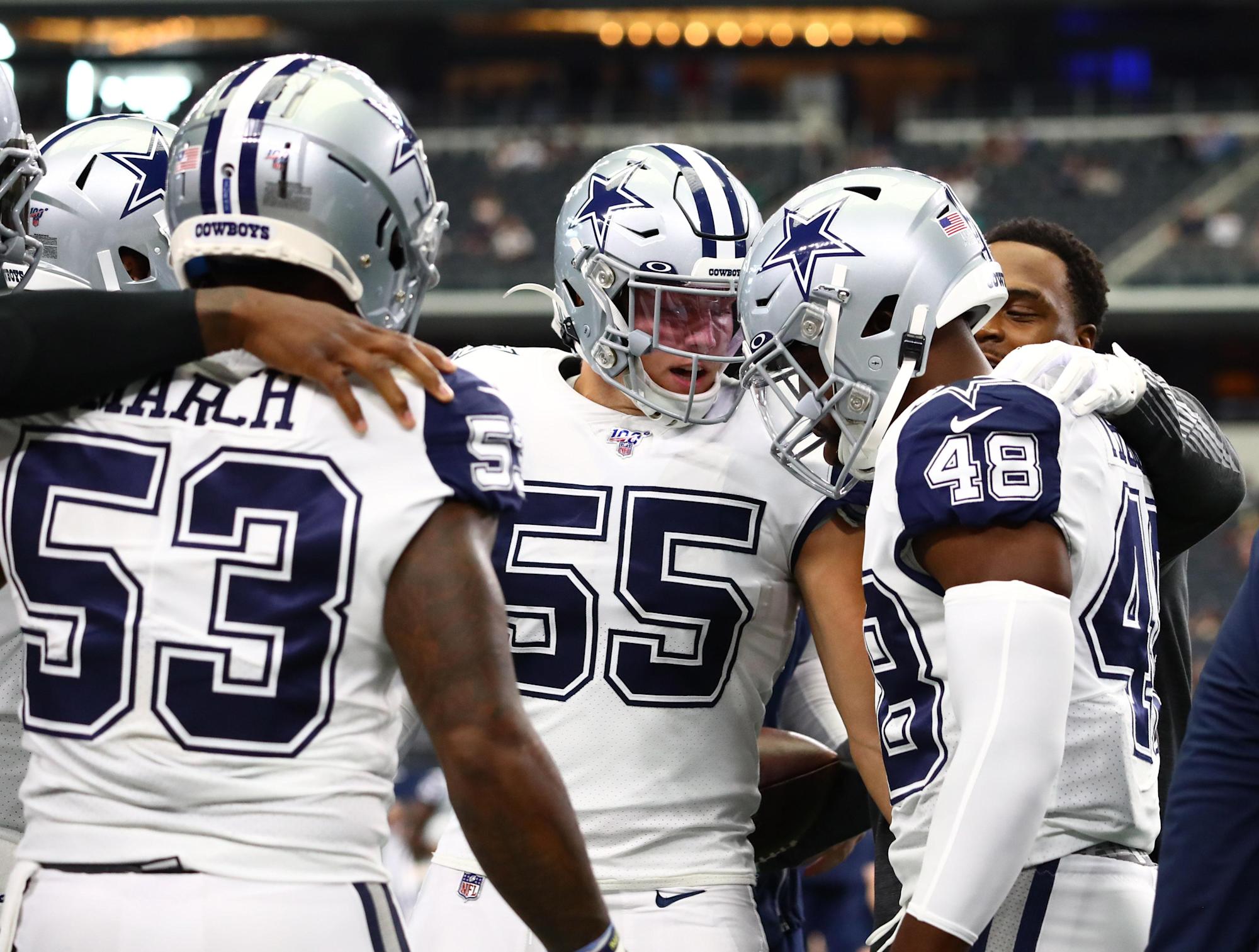 The Dallas Cowboys lost a legend this offseason. Sean Lee, a player who exceeded the definition of a teammate, has walked away from the game after a decade on the field. Lee was not just an injury-prone linebacker. He may carry that as part of his legacy but he will be remembered for much more. Lee was a difference-maker, a hard hitter, and had the mental capacity to coach while playing both on the field and on the bench when it was offense’s time to play. Whether it be a prime time game, preseason, or practice, Lee was always prepared.

Without Lee the team was left with very little experience behind starters Leighton Vander Esch and Jaylon Smith. The team has Luke Gifford and Francis Bernard, but they are two players with very little game time experience outside of special teams. With their two incumbent starters at risk of not making it to 2022, the linebacker position is one in flux for the 2021 Cowboys.

The team signed former Atlanta strong safety Keanu Neal and under the leadership of new defensive coordinator Dan Quinn (who knows Neal well from his time as a Falcon), Dallas plans to move to him to linebacker. This adds depth and skill as Neal is a very physical player who has shown the ability to stop the run and lay out punishment.

Dallas also added help in the form of first-round pick Micah Parsons and fourth-round selection Jabril Cox. Parsons specifically is described by Will McClay as a player who can do it all.

“At the end of the day, he can play all three downs, sideline to sideline. He’s impactful with his speed, his physical play inside the box, playing off blocks, exploiting gaps from a pressure standpoint, as well as pressure off the edge. Then there’s the intensity that he plays with. When you’re making an investment in a player… you want a player who can do multiple things. That provides you with the flexibility in how to use him now and what he grows into in the future.”

It’s a glowing review but hesitation still remains. Parsons shined in college, at Lee’s alma mater Penn State no less, before opting out of 2020. The NFL however, is a completely different league. The pressure, the intensity, the adjustments; everything changes when stepping up to the pro level.

Parsons may get penciled in as the starter at middle linebacker, leaving the veterans to have to jostle for their snaps elsewhere. LVE has earned a reputation as an injury-prone player, something Dallas has already dealt with and could be the explanation as to why his fifth-year option was not picked up. It’s wise for the Cowboys to not hold the expectation of his game-day availability any more.

Smith has also gained a bit of a reputation that could affect his playing time. While he did have a career-high number of tackles in 2020, he was often out of position, unable to meet players at the line of scrimmage, and he cost the team with silly penalties. The issue becomes, who will they trust more? A first-round rookie who possibly shines in training camp and throughout the preseason against second-string players? Or, if available, do you continue to stick with the players you know and understand what they offer?

The same could be said for Cox, of whom McClay said, “This game is becoming more of a space game with tight ends and backs. There is value in that because you need guys that are able to cover, able to play in space and able to play in the run game. He’s a guy that fits what we’re trying to go as well as where the league is going.”

Cox, like Parsons, will have a chance to win a major role. With Quinn, everything could be turned upside down at every defensive position.

Meanwhile, Luke Gifford and Francis Bernard round out the position group. In 2020, Gifford and Bernard mainly played special teams, very rarely seeing defensive snaps. Yet, injuries happen and growth occurs and training camp will give each a chance to impress or disapppoint a new coordinator. Suspensions happen (as seen in 2020 with Gifford). Backups are needed, but are Gifford and Bernard enough to make the gameday roster? The talent shown in college has yet to fully transfer to the NFL, which happens time and again across all 32 NFL rosters.

The special teams roles may give them the ability to dress but do they have the talent and ability to step in on defense if needed? Gifford is playing for his third defensive coordinator since joining Dallas, Bernard his second. Still, they are potential training camp or diamond-in-the-rough finds, as are last year’s UDFA Azur Kamara and this year’s Anthony Hines from Texas A&M.