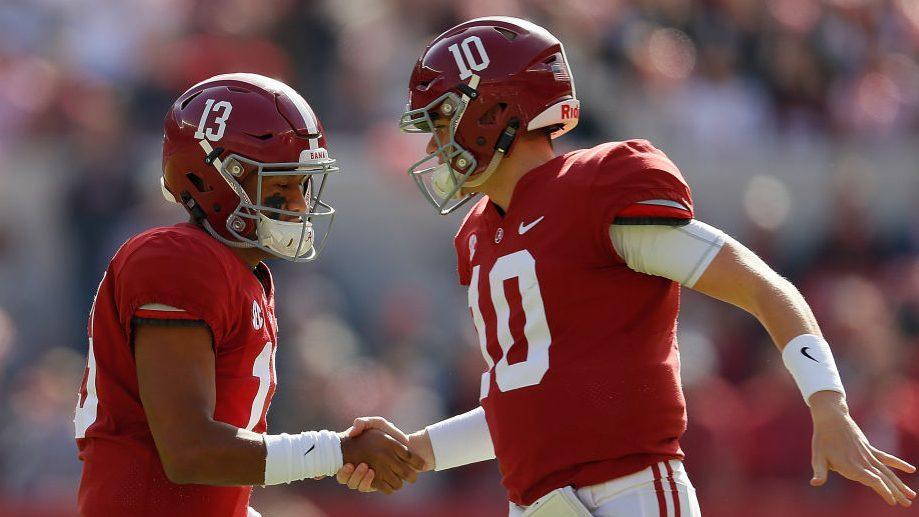 Before 2020, Alabama had generated three first-round quarterbacks in the 84-year history of the NFL draft: Riley Smith in 1936, Joe Namath in 1965 (he was a first-round pick in both the AFL and NFL drafts), and Richard Todd in 1976.

Between 2020 and 2021, Alabama likely will end up with a pair of top-five quarterbacks. Last year, Tua Tagovailoa went fifth overall to the Dolphins. This year, Mac Jones looks to be a top-five lock, whether he goes third to the 49ers, fourth to the Falcons, or fifth to a team that trades up with the Bengals.

It’s a testament to the transformation of the Alabama offense during the tenure of I’m-not-going-to-be-the-Alabama-coach Alabama coach Nick Saban. From receivers to quarterbacks to running backs to offensive linemen to tight ends, the past decade of NFL draft’s has generated plenty of Alabama offensive players.

Last year, there were four first-round offensive draft picks from Alabama. Since 2011, a dozen Alabama offensive players have entered the NFL via round one.

This year, Jones, receiver Devonta Smith, receiver Jaylen Waddle, and running back Najee Harris all could land in the first round, making it four offensive first-rounders in back-to-back years.

It shows that Saban knows how to spot, to recruit, and to develop the best of the best offensive talent in the nation, one of the reasons why Alabama continues to be among the best programs any college sport has ever seen. With Tagovailoa and Jones (and Eagles starter Jalen Hurts, an Alabama transfer and a second-round pick in 2020), Alabama could be on the verge of becoming a full-blown quarterback school.