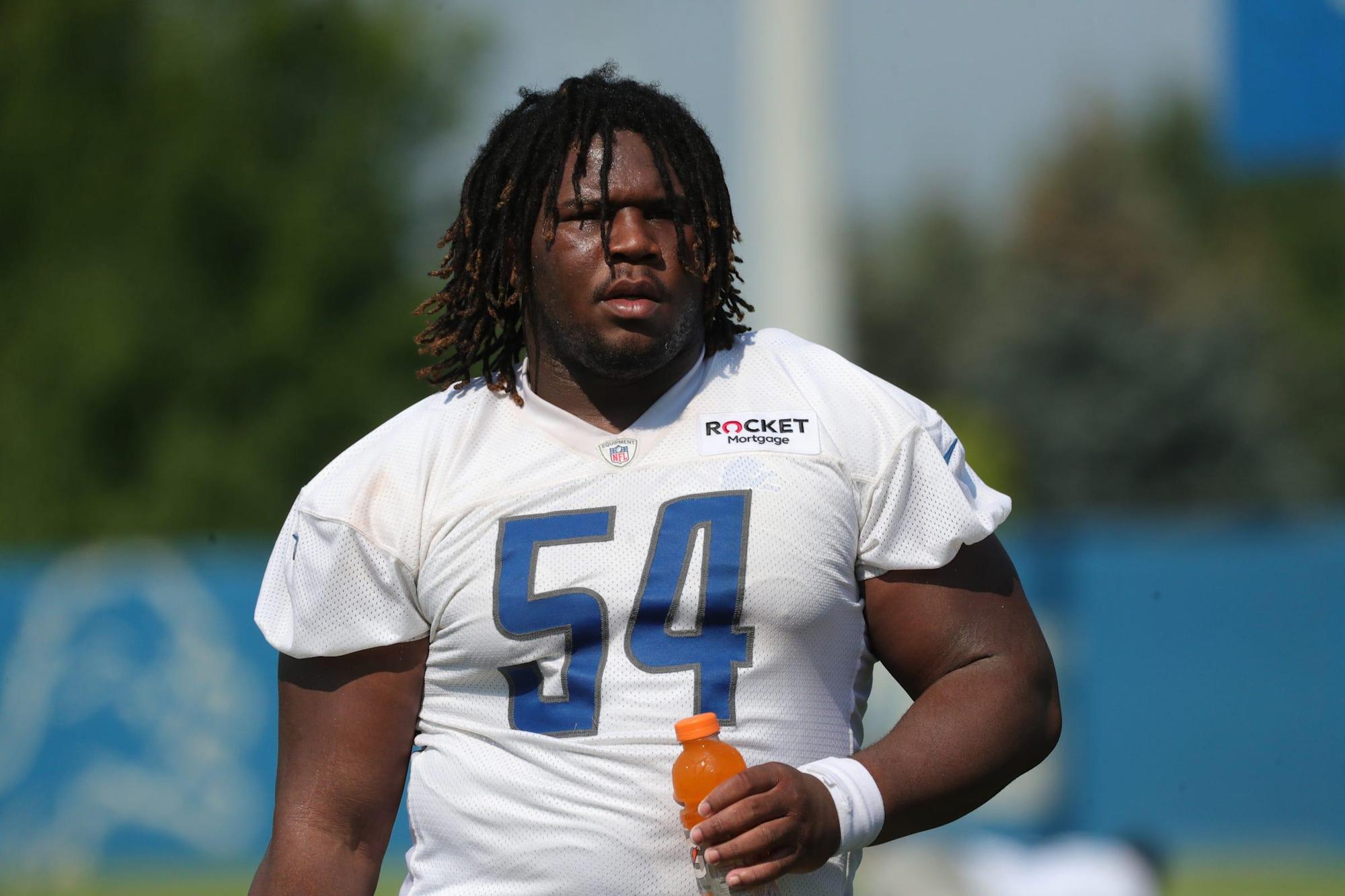 Dan Campbell set the bar low for rookie defensive tackle Alim McNeill before the first padded practice of training camp Tuesday. And like everything McNeill has done in his short time as a Detroit Lion, he cleared it impressively.

“If I’m being totally honest, I expect him to get maybe pushed around a little bit today, because that’s the norm,” Campbell said before practice. “He doesn’t know what he doesn’t know, yet.”

McNeill has been anything but normal a week into camp.

The powerful nose tackle has taken first-team reps ahead of returning starter John Penisini all summer and was one of most impactful Lions on the practice field Tuesday, when he showed flashes of being a disruptive run defender while battling Pro Bowl center Frank Ragnow.

“You talking about The Dancing Bear?” defensive coordinator Aaron Glenn said. “I’ll tell you what man, he’s unbelievable. Strong, agile. Everything that we expected when we got him. You saw it on tape, so we’re happy with that player. Now, he still has a ways to go, just like a lot of guys do. We’re going to coach his butt off and continue to make him be successful to be the player he can be.”

Physically, there is little doubt about where McNeill stands, with Glenn saying the rookie is “holding his own” against Ragnow and other more experienced blockers.

Subscribers: Detroit Lions training camp observations: When the pads come on, the dog in players come out

At 330 pounds, he is agile enough that Lions coach Dan Campbell called him “Twinkle Toes” in his news conference Tuesday. And with a low center of gravity, McNeill has the strength to anchor in the middle of the Lions’ new-look defensive line.

Mentally, McNeill has treated his battles with Ragnow like SAT prep sessions, peppering his seasoned tutor with questions about technique and assignment in hopes of shortening the learning curve he’ll experience in the NFL.

“I’ve never really went against a center as coveted as Frank is,” McNeill said. “He’s a technician. He’s going to sit there, he’s going to anchor. I feel like I got a couple good reps on him and he got some good reps on me. I’m just learning from him, I ask him questions and stuff. I hope he doesn’t think I’m annoying cause I kind of like pester him with questions asking him different stuff, just trying to get better.”

The 72nd pick of April’s draft, McNeill has exceeded most reasonable expectations of where he would be a week into camp.

He got more work than expected in spring, when Penisini was home dealing with personal issues. And six weeks out, he is one of two rookies (along with No. 7 overall pick Penei Sewell) projected to start in the Lions’ Sept. 12 season-opener against the San Francisco 49ers.

“I think this kid’s going to be able to do more than just play a nose,” Campbell said. “I think there’s going to be more to this kid than just that. We’ll find out, but I’ve been impressed. He’s smart. He’s locked in. He works. He’s been good. (Defensive line coach Todd) Wash has done a heck of a job with him. And it’s a good room to grow in.”

Glenn said he told McNeill after the draft that he had high expectations for his rookie season.

“The thing I want him to make sure, don’t let my expectations be higher than his,” Glenn said. “And the thing is, he comes out each day and tries to show me that. And man, he’s strong. You see him in those run drills that we have, he is dominant in that position.”

McNeill said the goal is not just to be dominant in that position, but

“I hold myself to a standard, a really, really high standard,” McNeill said. “I expect nothing less than greatness.”

This article originally appeared on Detroit Free Press: Why DT Alim McNeill might be steal of Detroit Lions’ 2021 NFL draft