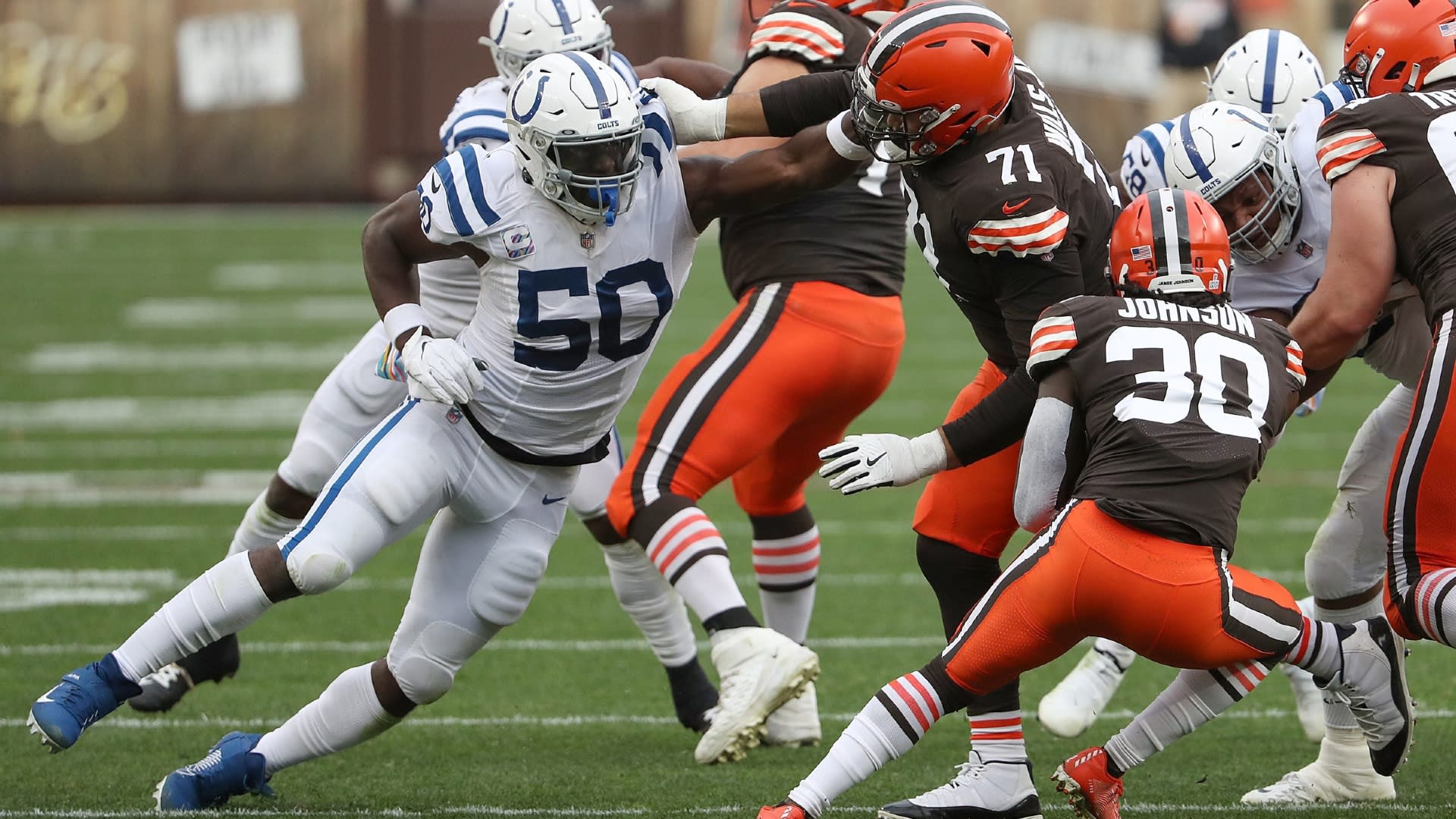 Four months after the Ravens’ top edge rushers Matt Judon and Yannick Ngakoue left in free agency, they’ve found their replacement. On Saturday, Baltimore signed former All-Pro Justin Houston to a one-year deal with just over $2 million guaranteed and incentives that could push the total value up to $4 million, according to multiple reports.

The Ravens were Houston’s top choice in free agency and he was willing to take a pay cut to sign with them after making $24 million over his last two years with the Indianapolis Colts. At 32 years old, Houston has remained an effective edge rusher; he hasn’t missed a game since 2018 and finished last season with eight sacks, 12 quarterback hits and 25 tackles.

Judon, who racked up six sacks and 21 quarterback hits in 14 games last year, signed with the Patriots in March on a four-year, $56 million deal. He played out his final season in Baltimore on the franchise tag but cap constraints prevented the Ravens from locking up both him and Ngakoue, who signed with the Las Vegas Raiders, long term. Instead, the team will turn to Houston to fortify their defensive front alongside Calais Campbell.

With Baltimore, Houston will hope to win a Super Bowl for the first time in his career. The longtime face of the Kansas City Chiefs’ defense just missed winning one with the team that drafted him after leaving for Indianapolis in 2019. The Ravens have won 10 or more games each of the last three seasons but haven’t advanced past the Divisional Round of the AFC playoffs since 2012.