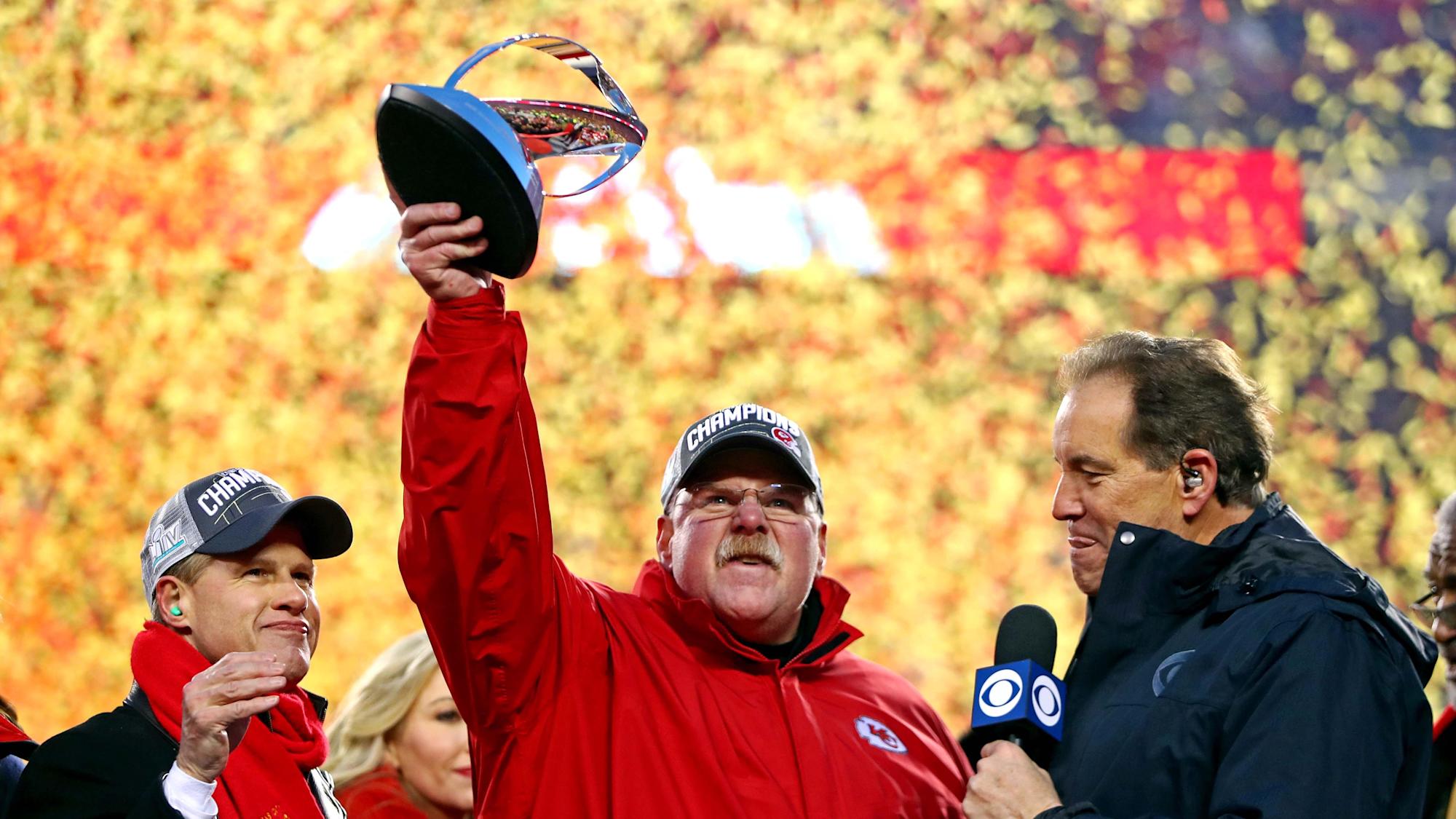 After falling short in his second Super Bowl appearance as the Chiefs’ head coach, former Eagles coach Andy Reid is doing his best to retool for another deep playoff run on the back of franchise QB Patrick Mahomes.

A good way to try and get back to the title game? Give Mahomes as many talented weapons as possible and just out-score your opponents.

Which explains why, during free agency, Reid was trying to convince Steelers wideout JuJu Smith-Schuster to sign with the Chiefs – and was using a hilariously Andy Reid tactic to make his case.

(No, it didn’t involve cheeseburgers or Hawaiian shirts.)

Reid, according to Smith-Schuster during an appearance on the Michael Irvin podcast, said Reid was using a simple but effective method during his recruitment:

“SCHUSTER: Yeah, pictures of the Lombardi [laughs] like, texting it to me while I was trying to make a decision. I have so much respect for him and his team.

Andy! Yes! That’s brilliant. I’ll be honest, just seeing a photo of happy Andy Reid holding the Lombardi trophy would absolutely sway me to his side in basically any decision, so I’m impressed that Smith-Schuster didn’t cave and head out to Kansas City.

Reid was chasing that Super Bowl for more than two decades, and now that he finally has a ring to his name, he’s absolutely going to put it to good use. Good for him.

Smith-Schuster ended up signing a one-year deal with the Steelers for $8 million, a little bit of a prove-it contract for the 24-year-old.

The Eagles were reportedly involved in some manner – though the specifics are fuzzy – in Smith-Schuster’s free agency as well.

We’ll see come next February if Smith-Schuster is happy with his choice, or if he has to watch Reid hoist the Lombardi again and wonder what he’d look like in those photos.