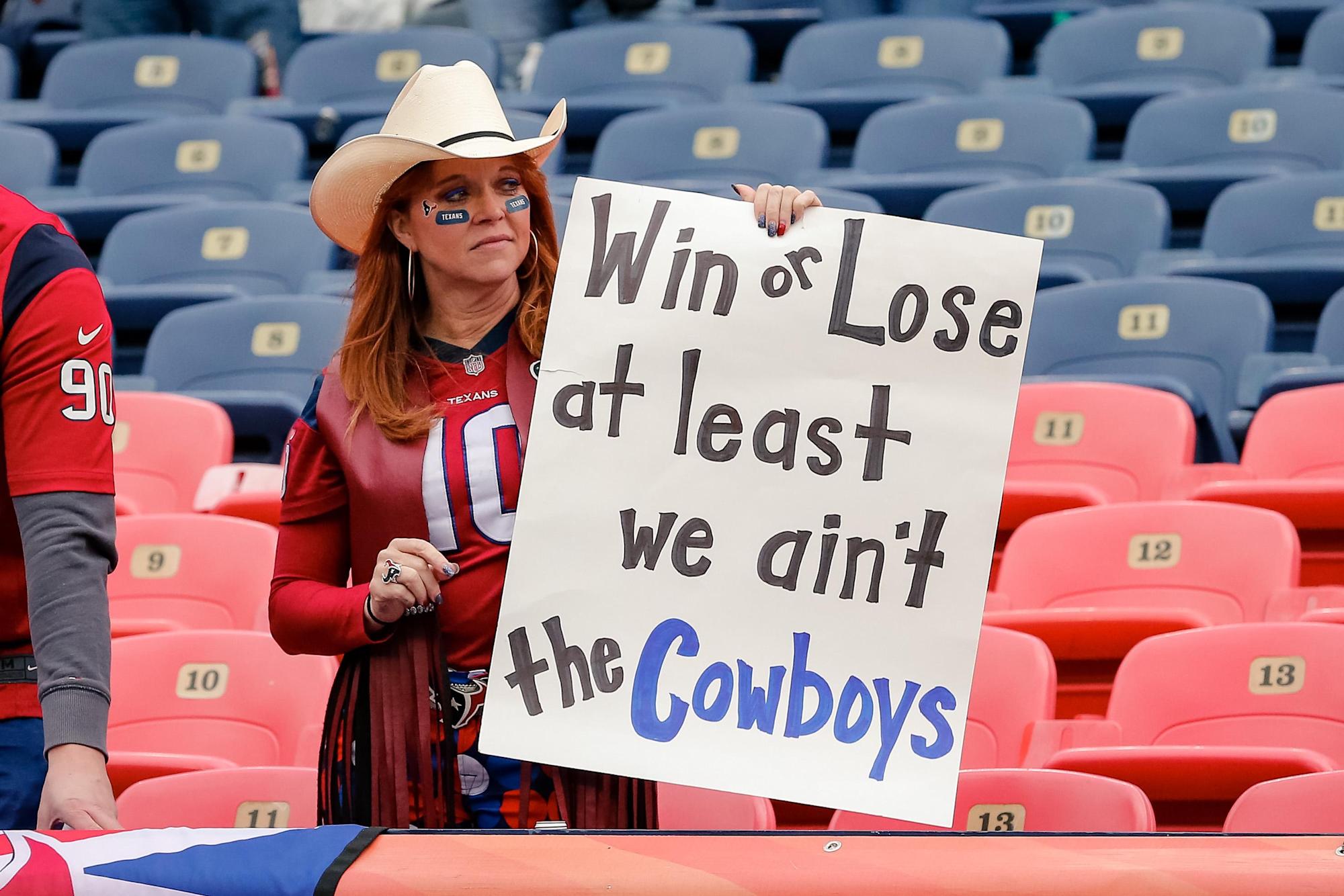 Houston Texans fans may be the most intelligent fans in the NFL.

According to HowToBet.com, which conducted a survey of 1,006 sports fans, Texans fans had an average IQ score of 117.8, the highest among all NFL fan bases.

Among the survey’s participants, which also included fans of the NBA, NHL, MLB, NASCAR, and even WWE, Texans fans ranked as the fifth-most intelligent overall. Only Roman Reigns (126.4), Daniel Bryan (122.2), both of WWE, Boston Bruins (120.3), and Detroit Red Wings (118.6) fans scored higher.

The next most-intelligent NFL fans were actually Dallas Cowboys fans at 112.7. In the overall rankings, Cowboys fans placed 13th.

Going by sport, NFL fans had the fourth-best intelligence at 105.9. NFL fans were also second in verbal intelligence, third at mathematical ability, fifth at logical reasoning, and fourth at visual reasoning.