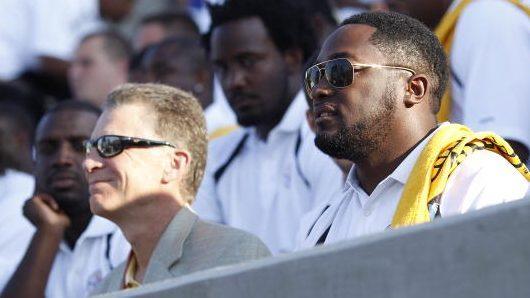 “Mr. Rooney’s the boss,” Tomlin said. “Kevin and I have worked so well and so long together that we can kind of communicate nonverbally in those moments. But at the end of the day, Art Rooney is the boss.”

Steelers General Manager Kevin Colbert said Rooney gives the football people plenty of room to do their jobs, but Rooney is also actively involved in the draft process.

“Of course Art will be involved because he is the owner and he knows every step of the process. He sits in on meetings when he can, he gives us input when he can and when he wants to, and of course we’re going to follow those leads, but I think he trusts us,” Colbert said.

Those comments are not unlike the comments of Jaguars coach Urban Meyer, who said owner Shad Khan will make the final call with the first overall pick in the draft on Thursday night. Although Jerry Jones is the only owner who actually gives himself the General Manager title, the reality is, the owner is the boss in every franchise. Some owners are more hands-on and some owners are more hands-off, but every coach and GM knows that the owner is the boss.