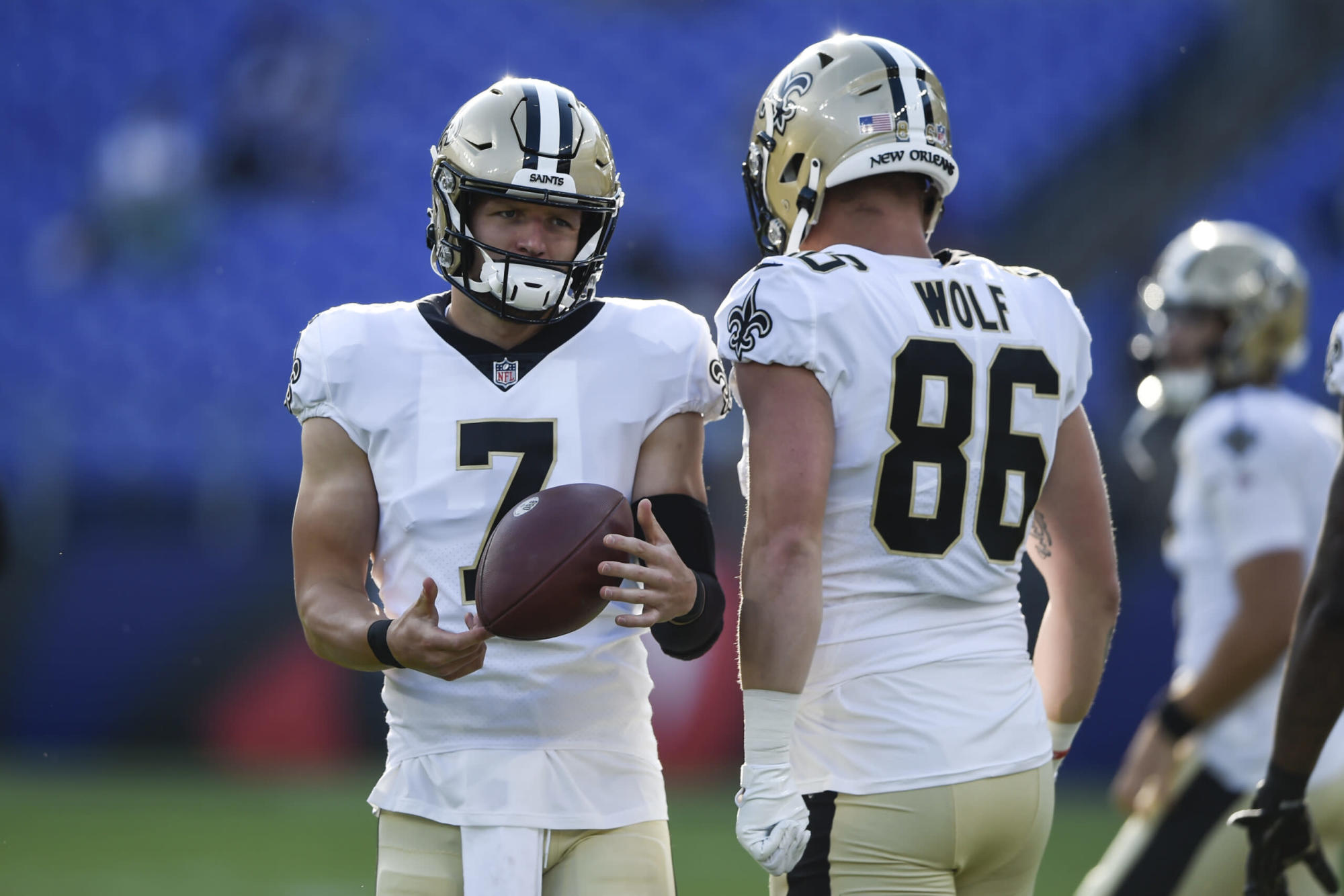 We made it. The long offseason is over, with the New Orleans Saints winning the coin toss and electing to receive the Baltimore Ravens’ kickoff in their preseason opener at M&T Bank Stadium. And as we anticipated, Taysom Hill started at quarterback

But we shouldn’t look too deeply into that. Saints coach Sean Payton said in his pregame interview with FOX 8’s Meghan Payton that he wants to see “18 to 22” plays with Hill and the first-string offense before subbing in Jameis Winston until halftime, where rookie fourth-round pick Ian Book will take over to start the third quarter. Next week will see Winston start the first half with Hill running the second-team offense.

Payton has said before that he wants at least two games of tape on each of his top two passers so he can make an informed decision on who starts the regular season opener with the Green Bay Packers. So while Hill’s seniority gave him this opportunity against Baltimore, it doesn’t mean much in the grand scheme of things. Let’s see how the preseason develops.

Saints vs. Ravens: 11 storylines fans should watch for