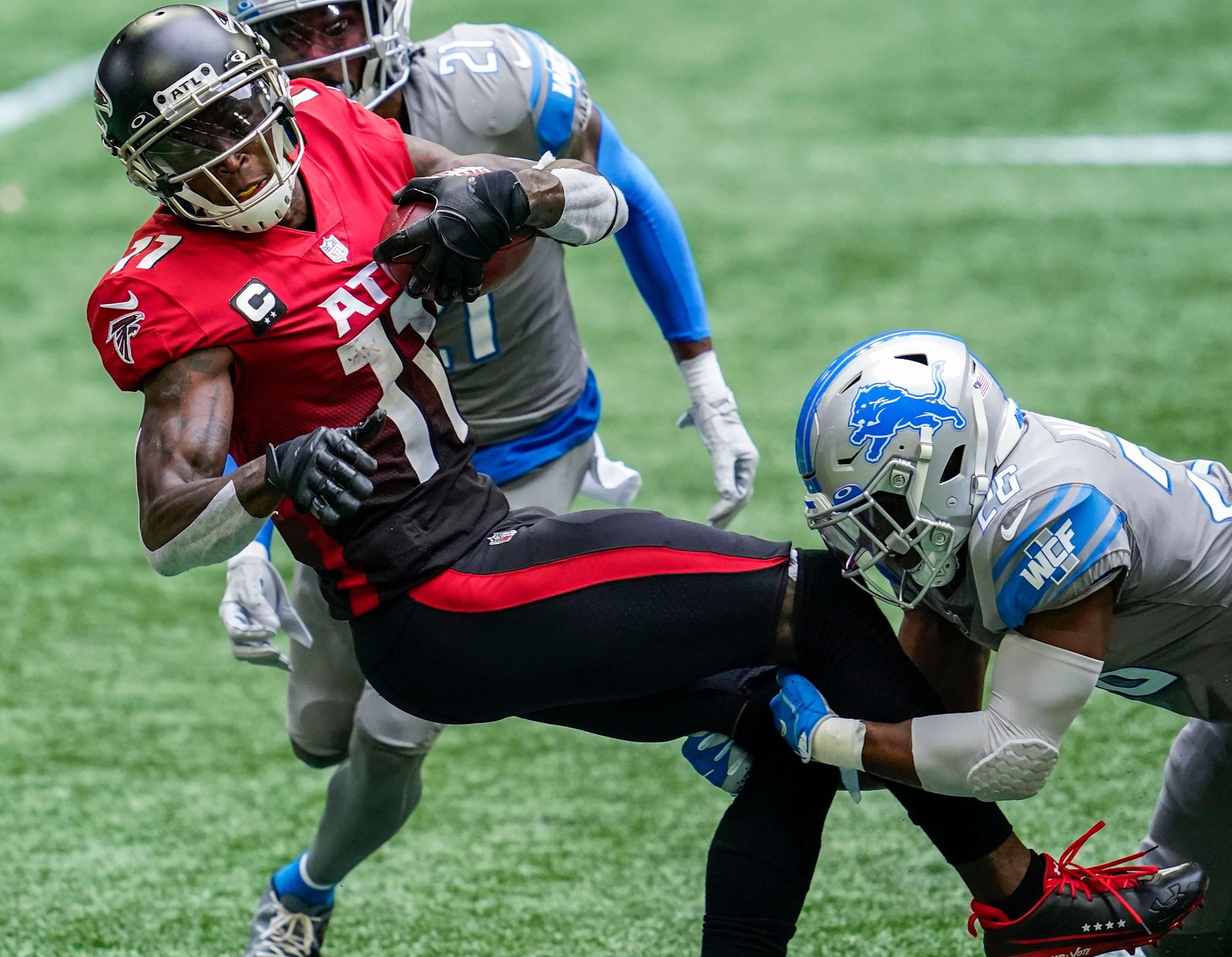 In a move first telegraphed before the NFL draft, the Atlanta Falcons agreed Sunday to trade Julio Jones, sending the seven-time Pro Bowl wide receiver to the Tennessee Titans. The Falcons will receive a second-round pick in 2022 and a fourth-rounder in 2023 in exchange for Jones and their Round 6 choice in 2023.

It’s a huge move for the Titans, a playoff participant in three of the past four seasons and one that reached the AFC title game following the 2019 campaign before losing to the Chiefs in Kansas City. Jones should take their offense to another level, joining fellow Pro Bowl wideout A.J. Brown and back-to-back NFL rushing king Derrick Henry among quarterback Ryan Tannehill‘s weapons. Jones more than fills a void created by the loss of receiver Corey Davis to the New York Jets in free agency, as well as tight end Jonnu Smith’s defection to the New England Patriots.

Tennessee, however, has some bookkeeping to do. The Titans currently have only $3.4 million in salary cap space, per Over The Cap, and will need to make room to accommodate Jones’ fully guaranteed $15.3 million base salary for 2021. That likely means Tannehill, Henry and/or other players will have to restructure their contracts.

The Falcons, meanwhile, part ways with arguably the greatest player in club history.

A two-time All-Pro and member of the NFL’s 2010s All-Decade team, Jones, 32, appears to be on the Hall of Fame fast track. His career average of 95.5 receiving yards per game is not only tops in league history, it’s nearly 10 yards clear of second-place Calvin Johnson (86.1 ypg), who was elected into the Pro Football Hall of Fame on the first ballot earlier this year. Jones has also averaged nearly 1,300 receiving yards per season over the course of his career, that despite missing 25 games.

His arrival as No. 6 overall pick of the vaunted 2011 draft class didn’t come without controversy, though, with former general manager Thomas Dimitroff trading two first-round picks, a second and two fourths to get into position to select Jones.

His exit seemed inevitable for weeks after reports initially surfaced the Falcons might deal him for relief from what’s an almost untenable salary cap situation. However, NFL Network subsequently reported Jones requested a trade, and, when asked about his outlook in Atlanta, he told Fox Sports’ Shannon Sharpe in May: “I’m out of there, man.”

By waiting until after June 1 to trade Jones, the Falcons are able to defer $15.5 million of their $23.25 million dead cap charge into 2022 while also saving on Jones’ hefty base salary. Going into the weekend, Atlanta only had roughly $340,000 in cap space, the smallest amount in the league, and needed to free up room to simply sign its nine-man rookie draft class going into training camp.