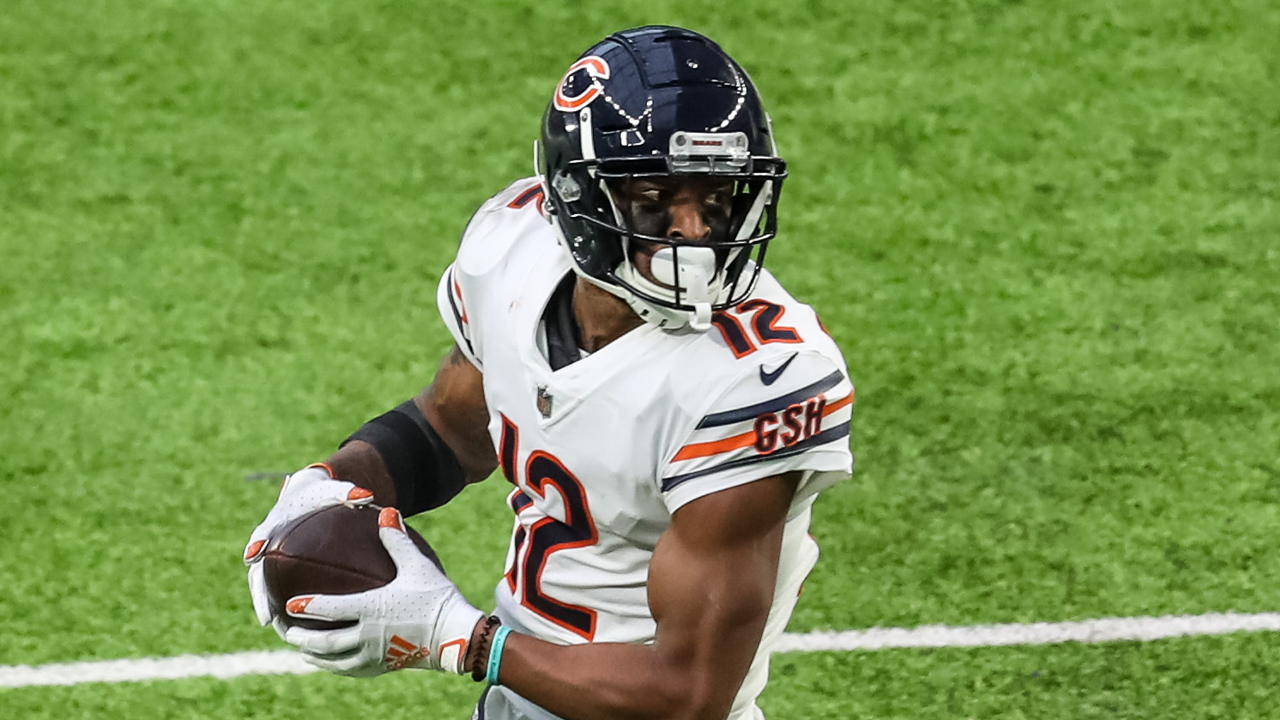 When Allen Robinson signed his franchise tag earlier this month it all but assured he would stay in Chicago for at least one more season. Of course there’s still a chance he could be traded, but outside a blockbuster move it appears Robinson will be playing for the Bears in 2021. The question now becomes, will Robinson’s team and Ryan Pace be able to come to terms on a multi-year deal before the negotiating window for tagged players closes on July 15.

There’s no indication that the Bears and Robinson are close to agreeing to a contract extension, but NFL.com’s Anthony Holzman-Escareno published a hypothetical scenario on Monday, exploring what an extension for ARob could look like if the two sides are able to meet in the middle. Before getting into the dollars and cents, let’s go over areas in which Robinson excels, and one area where he could still improve.

It seems silly to explain how Robinson helps the offense, because anyone who’s watched the Bears over the past three seasons can plainly see that he’s not only the best weapon on the team, he’s also been the most consistent. But when you dig into the numbers, his performance becomes even more impressive. After a 102-catch, 1,250-yard campaign in 2020, Robinson became only the sixth Bears wide receiver in franchise history to post two 1,000-yard seasons with the team, joining Alshon Jeffery, Brandon Marshall, Curtis Conway, Marty Booker and Harlon Hill. No Bears receiver has ever posted three 1,000-yard seasons, so Robinson could make history in 2021. Consider the state of the passing attack during Robinson’s tenure in Chicago however, and the fact he’s in this conversation seems like a miracle.

“Over the last two seasons, Bears quarterbacks averaged 6.3 passing yards per attempt, which is the lowest figure in the NFL over that span,” Holzman-Escareno said. “They placed in the bottom 10 in passing yards per game (234.3), touchdown-to-interception ratio (46:28) and passer rating (85.3).”

Outside of Robinson’s historical context with the Bears, he’s dominated compared to his contemporary peers.

“He posted 12 games with 70 or more receiving yards last season, tying with NFL receiving yards leader Stefon Diggs for the most such games in the NFL,” Holzman-Escareno said. “Since 2019, Robinson ranks in the top three among wide receivers in receptions (200), receiving yards (2,397) and receiving first downs (131). Among the few players ahead of Robinson in each of those categories is DeAndre Hopkins, the NFL’s highest-paid player at the position. Hopkins (2,572) and Diggs (2,665) are the only receivers with more receiving yards than Robinson over that span.

“One thing that makes Robinson special is his ability to win in traffic, as echoed by a variety of analytics sources. Since signing a three-year, $42 million pact with Chicago in 2018, he’s made 61 contested catches on 117 such targets, as charted by Pro Football Focus, pacing the NFL. According to Next Gen Stats, Robinson’s 47 receptions in tight windows (fewer than 1 yard of separation) led the league in that same span, and his 692 receiving yards ranked second.

“Oh, and in addition to producing at an elite level, Robinson has pretty much single-handedly carried the Bears’ passing attack. He has produced 22.6 percent of the Bears scrimmage yards since 2019 — only Washington’s Terry McLaurin (39.6) has accounted for a higher percentage of his team’s offense.”

That said, it’s not like Robinson is the perfect wide receiver. As dominant as he’s been in three years in Chicago, even he has room for growth, specifically in the red zone. According to Holzman-Escareno, Robinson has caught only 44.9% of his red zone targets with the Bears. Among 48 players with at least 30 red zone targets, that rate ranks seventh-worst. Some of that can be explained by the aforementioned sub-par quarterback play, but with a wide receiver who performs so well on contested balls, you’d expect more.

When boiling all of that down, Holzman-Escareno says three players in particular are relevant when trying to find something that could work for Robinson: Julio Jones, Keenan Allen and Amari Cooper. Those three are the only wide receivers earning over $20 million per year, besides DeAndre Hopkins whose $27.25 million average annual value stands out as an outlier.

Using these figures, Holzman-Escareno came up with these numbers for Robinson: 3-year, $61 million ($20.3M AAV), $42 million guaranteed, 28-years-old when signed.

While Robinson barely cracks the $20 million per year club with this deal, he’s happy since over two-thirds of the contract is fully guaranteed — much more than Allen and Cooper have guaranteed. Further, by signing a shorter term contract, Robinson will have the opportunity to sign another deal when he’s 31.

The Bears are happy because they get to field one of the best wide receivers in the game for three more seasons, in his prime, and they get to do it for less money than it would take to use the franchise tag again. At minimum the franchise tag for Robinson would cost $21.456 million next season, since that’s 120% of his current salary.

On paper, a long-term extension for Robinson looks like a win-win for both the Bears and their star receiver. But we’ll have to wait and see if the two sides can come to agreement this summer.