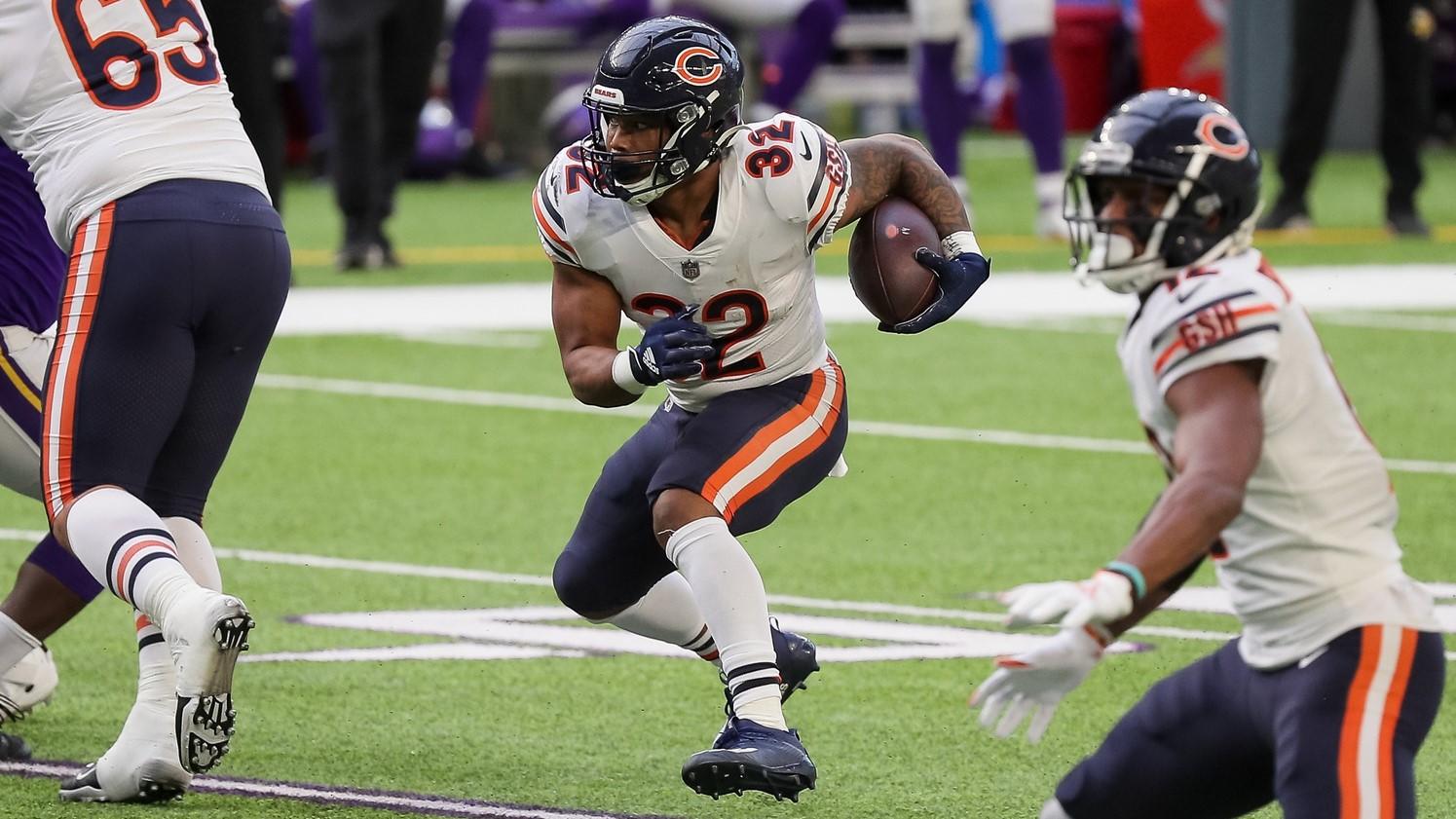 David Montgomery finished 2020 tied with James Robinson for the fifth-most rushing yards in the NFL, so he’s already established himself as a top back after only two years with the Bears. But former Jaguars great Maurice Jones-Drew reportedly believes he still hasn’t hit his ceiling yet.

If anyone knows Montgomery’s game, it’s Jones-Drew. He and Montgomery run with the same power, aren’t afraid to initiate contact with defenders and are tough to tackle. For his part, Montgomery expects more out of himself too.

“It wasn’t enough for me last year, knowing the untapped potential that I have,” Montgomery said earlier this month. “I don’t think I left it all out on the field like I should have. I think I could have done better for my guys around me… That’s what the offseason’s for, for me to go back to the drawing board, to fix things that I feel as if I didn’t do well on and try to improve them. I know this year I’m not here to let my guys down. I’m here for whatever may come my way.”

If things continue to trend the way they did over the course of the 2020 season, Montgomery could be the focal point of the Bears offense. Before the bye, during Weeks 1-9, Montgomery averaged 14.6 carries per game. But after the bye that number jumped up to 19.3. The one thing that could stand in the way however is the return of Tarik Cohen, plus the addition of Damien Williams and Khalil Herbert.

No matter how it shakes out, it doesn’t seem like the running back room will be a weak spot on the roster.