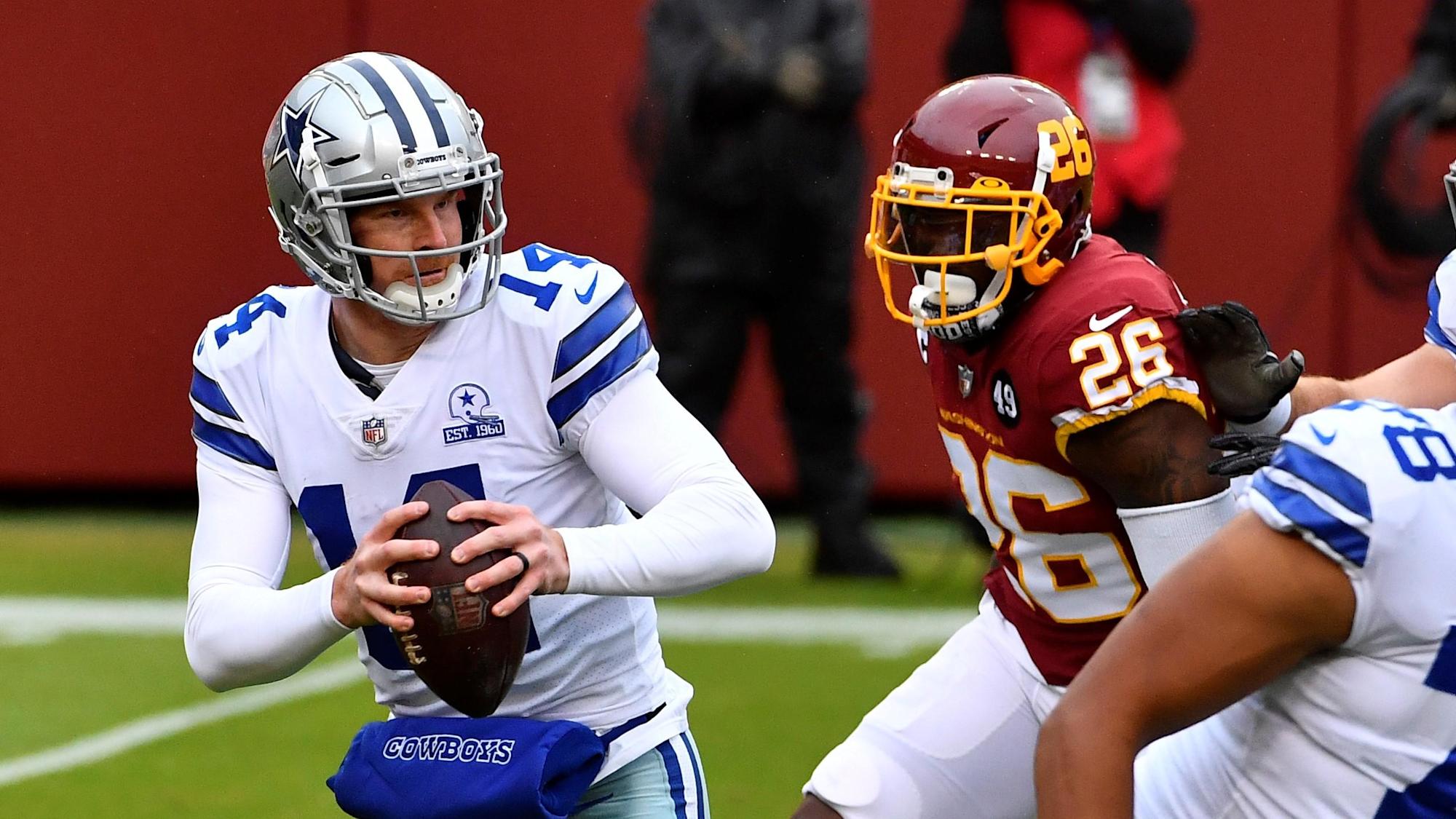 “Andy [Dalton] is our starter,” Pace said before anyone had a chance to ask about a quarterback competition. “We’re gonna have a really good plan in place to develop Justin and do what’s best for our organization and win games.”

The Bears had a plan in place to develop Trubisky as well but that only lasted for a quarter of the 2017 season. John Fox inserted Trubisky as the starter in Week 5 after the Bears got out to a 1-3 start, with Glennon playing a big role in the team’s struggles. In four games, Glennon accounted for only four touchdowns but turned the ball over eight times. It’s unfair to compare Dalton to Glennon, but if it’s clear Fields gives the team a better chance to win it would be equally unfair to keep him on the bench.

“We just have to let it play out,” Pace said. “Let it play out. I think one of the best feelings in the world would be, hey, we’re rolling, we’re playing really good football, we’re winning and we’re looking over there and we’re seeing this guy and we all know— everyone in the building knows that— hey, we got a guy.

“As these guys come into this, even all the experiences they have at the college level, growing and watching tape, reading defenses, working in the huddle— Matt jokes that Patrick’s first time in the huddle— these guys haven’t even really been in a huddle the way the college offenses are— so Matt tells the story about Patrick’s first time in the huddle, his first practice, he’s screaming as loud as he can. He’s like, ‘Dude, you don’t have to scream, you’re in a huddle.’ It’s just so new for these guys but it’ll be a daily process, a daily evaluation but we’re excited to let that play out.”

So for now this is still Dalton’s team, and that’s not surprising. But whether it’s Week 1, Week 5 or 2022, it’ll be Justin Fields’ team soon.