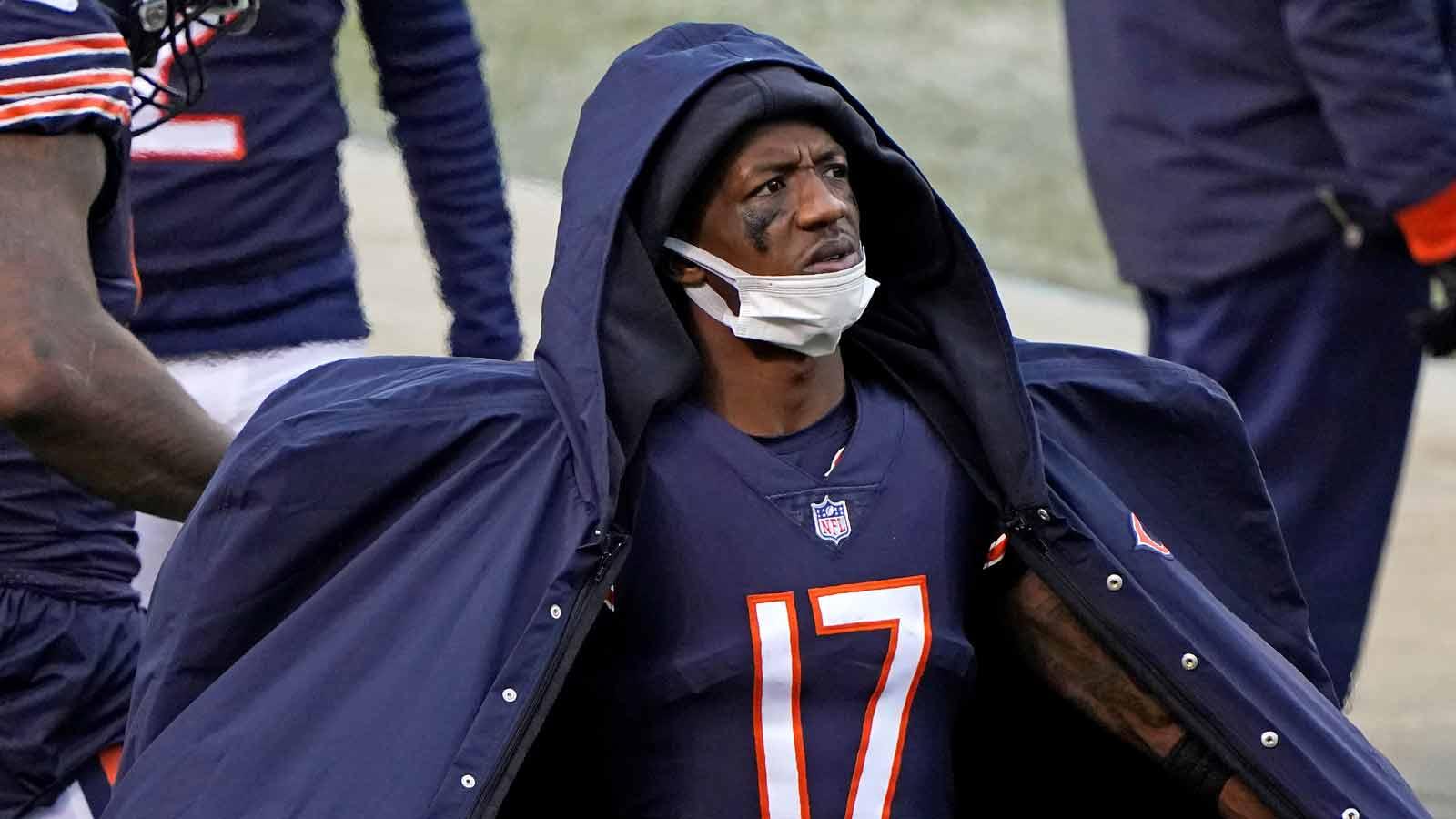 Despite some efforts to trade Anthony Miller, the fourth-year wide receiver is still on the Bears’ roster, which means the current plan is to encourage him to mature as a professional as he faces the threat of losing his job.

And wide receivers coach Mike Furrey was blunt with that reality Wednesday.

After falling out of favor during the 2020 season and ending it with an ejection in the Bears’ playoff loss to the Saints that drew public criticism from chairman George McCaskey, it’s somewhat surprising Miller is still on the roster. The Bears either haven’t been able to trade Miller or haven’t received a good enough offer to warrant moving on. The wideout has shown a lot of talent in three years and only costs $1.7 million against the salary cap, so there’s not a ton of risk in hoping he puts it altogether in a contract year. For now, that appears to be the plan.

“Anthony’s been in our meetings, he’s been doing a great job, we haven’t skipped a beat at all, so you know he’s doing his job,” Furrey said. “He’s growing up, he’s maturing, he’s understanding all the things that we’ve talked about really for the last couple years.”

But this is not the first time the coaching staff has talked about the need to mature and Furrey delivered another honest answer when asked if he believes Miller will be different this time:

“I haven’t yet. You know, you’ve got to see it. Everybody at this level, there’s so much talk, but at this level it’s all about what you show and what you put on film and obviously he’s been doing great so far and he’ll prove that when he gets here in the offseason.”

Meanwhile, the Bears have added plenty of competition at the slot receiver position this offseason. Veterans Marquise Goodwin and Damiere Byrd were signed and rookie Dazz Newsome was drafted in the sixth round. As Furrey put it, the Bears don’t need Miller anymore – or at least that’s the message they’re sending him as motivation.

“There’s a small increment in improvement so he’s done great, he’s been in our rooms, no issues. He’s been alert, he’s been attentive and he’s doing what we’re asking him to do so it’s going to be fun. i think the biggest thing is going to be need,” Furrey said.

Miller undoubtedly has the highest upside among the Bears’ options, but it won’t matter if he doesn’t master the offensive system and execute the details. Time and time again, that’s been the issue.