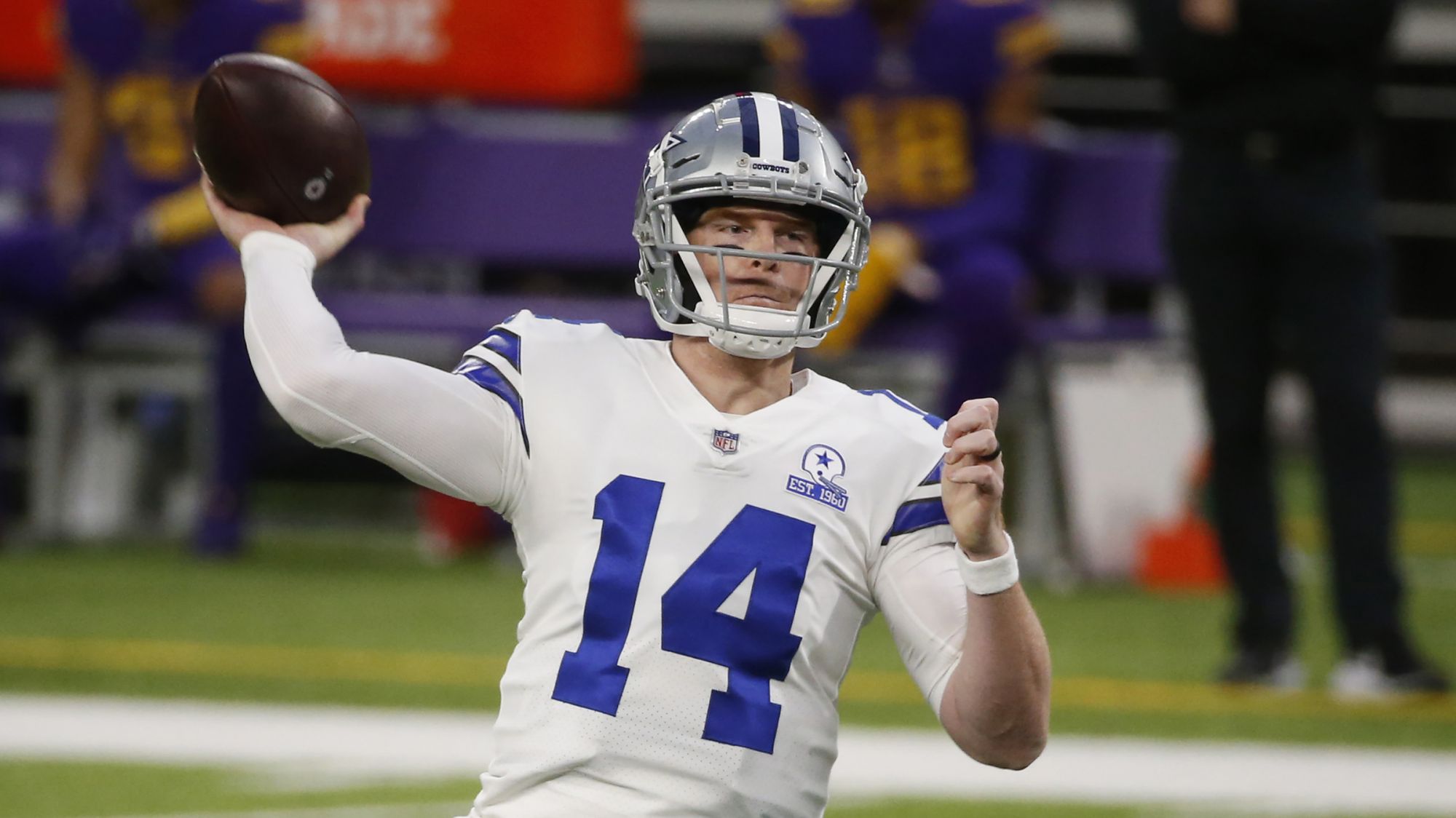 It did not take long for the Chicago Bears to tap Andy Dalton as their starting quarterback.

One week after signing the former Dallas Cowboys quarterback to a one-year, $10 million deal, the team tweeted a concise announcement Wednesday that Dalton had been named QB1:

The announcement quickly puts to bed any idea of a quarterback competition in Chicago between Dalton and Nick Foles. Dalton had actually revealed the Bears told him he would be the starter if he signed, which might explain why he picked the team.

Dalton arrived in Chicago after a one-year stint in Dallas, in which he took over starting duties following Dak Prescott’s season-ending injuries. Dalton performed as a serviceable but inadequate replacement, with the Cowboys going 4-5 while he posted 2,059 passing yards with 14 touchdowns, eight interceptions and a 64.5 percent completion rate in nine starts.

Before that, he was the longtime starter for the Cincinnati Bengals, leading the team to two AFC North titles and five playoff berths under head coach Marvin Lewis, but not winning a single playoff game.

If Andy Dalton is the answer, what on earth is the question?

Not many teams would pounce on a quarterback with Dalton’s history, but the Bears obviously aren’t like other teams.

The team reportedly pushed hard for Seattle Seahawks quarterback Russell Wilson amid rumors the Pro Bowler was interested in a trade, but were reportedly rebuffed by the Seahawks. With few other options — the price for Houston Texans QB Deshaun Watson was reportedly astronomical, and that situation has obviously deteriorated — the Bears turned to Dalton rather than go with Foles, their in-house option.

Former No. 2 overall pick Mitch Trubisky is officially out of Chicago after signing with the Buffalo Bills, leaving Foles as the only other quarterback left on the Bears’ roster. The Bears paid a significant price for Foles last offseason — trading a fourth-round pick to take on his hefty contract (while Dalton signed a $3 million deal with Dallas) — but his performance last year was rough enough for Bears fans to want Trubisky back under center by the end of the season.

Dalton’s price wasn’t huge at $10 million, but the cost was significant. Shortly after agreeing to a deal with Dalton, the Bears released All-Pro cornerback Kyle Fuller to make cap room, bringing in Desmond Trufant to replace him.

So now the Bears will be starting Dalton, because their second overall pick never worked out and their potential back-up plan was even worse, at the cost of one of their best defensive players, all to try to contend again with a roster that went 8-8 last year.

That’s the team’s short-term plan. The long-term plan may be even more inscrutable considering they only hold the 20th overall pick in this year’s NFL draft, which will make it difficult to land one of this year’s big quarterback prospects. We’ll see if their path forward gets any clearer under Dalton.