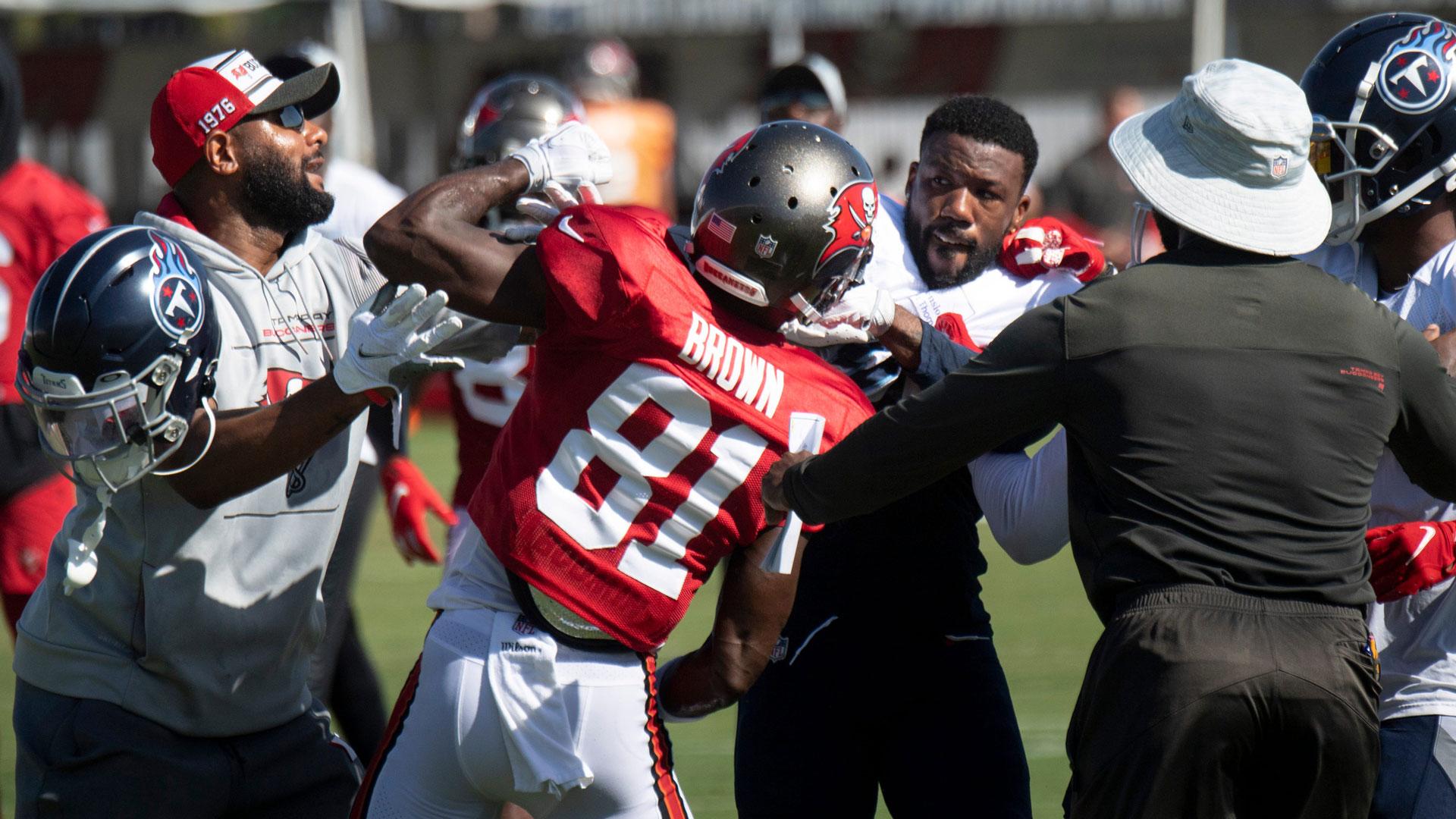 After spending most of the summer facing each other, the league’s biggest stars finally got the opportunity to go head-to-head with another team and it’s led to some huge brawls in practice already.

Here are some of the most notable spats between teams during joint practices this week:

Things got heated between the Los Angeles Rams and Las Vegas Raiders during a joint practice on Wednesday when Rams star cornerback Jalen Ramsey delivered a big hit on Raiders running back Josh Jacobs that knocked Jacobs’ helmet off. Raiders tight end Foster Moreau quickly came to defend his teammate and the pushing and trash-talking ensued.

The next day tensions continued to rise as Rams head coach Sean McVay and Raiders head coach Jon Gruden ended 45 minutes early due to a prolonged brawl during special teams’ work. The players that started the fight weren’t able to be identified but both coaches seemed upset by the disruption ahead of their preseason game Saturday night at SoFi Stadium.

The Rams and Raiders weren’t the only teams involved in a practice altercation on Thursday. The Tampa Bay Buccaneers and Tennessee Titans were involved in several dust-ups during their joint practice as well.

Under extreme heat in Tampa, the practice had five altercations, culminating with Bucs wide receiver Antonio Brown throwing hands with Titans cornerback Chris Jackson. After Brown complained that Jackson was holding him, the Bucs wide receiver ripped Jackson’s helmet off and got off a couple of punches before the two players were eventually separated.

Another fight occurred after Titans defensive tackle Jeffery Simmons held onto Buccaneers running back Leonard Fournette a little too long after the play. This led Tampa Bay center Ryan Jensen to intervene and things got chippy after that.

Fights are inevitably a part of camp and temperatures rise both on the field and with each player, but when the alterations interfere with valuable practice time, that is when it can become detrimental to the development of the team.

Hopefully, the coaches can curb these spats before the season begins on Sept. 9, when the Dallas Cowboys face the Tampa Bay Buccaneers on NBC and Peacock.