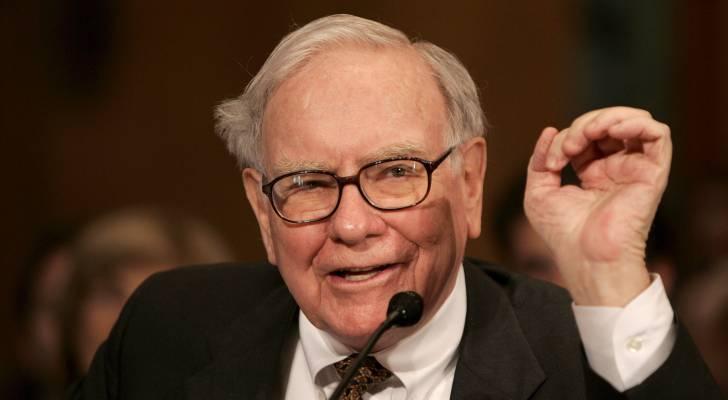 Here’s one trick you can easily copy from the world’s wealthiest. After all, it was designed for you in the first place.

Tycoons like Warren Buffett and PayPal founder Peter Thiel have been hoarding millions or even billions of dollars in tax-sheltered retirement accounts, according to a recent report from ProPublica.

Leaked tax documents show Individual Retirement Accounts (IRAs), originally created to help the middle class save up for a comfortable retirement, are now helping the ultra-rich get ultra-richer.

While lawmakers are promising to close loopholes in the tax code, working Americans should take heed: If a tax strategy is appealing enough for billionaires to borrow, make sure you’re taking advantage yourself.

Following the ProPublica report, a few lawmakers asked the Joint Committee on Taxation to find out exactly how many “mega IRAs” were out there with balances of $5 million or more.

Buffett, who has historically supported higher taxes on the rich, had a Roth IRA valued at $20.2 million at the end of 2018. Ted Weschler, one of his deputies at Berkshire Hathaway, held $264.4 million in his.

“It is shocking, but not surprising, to see how the use of mega-IRA accounts by mega-millionaires and billionaires has exploded,” said Senate Finance Committee Chair Ron Wyden, one of the lawmakers looking into a crackdown, in a statement.

“IRAs were designed to provide retirement security to middle-class families, not allow the super wealthy to avoid paying taxes.”

What exactly are billionaires exploiting?

Traditional IRAs allow people to save and invest a portion of their income before it’s taxed, potentially granting them a nice refund. Your savings and investments can grow tax-free in the account until you cash out and get taxed in retirement.

Roth IRAs — the type billionaires are using — work in the opposite way. Your income is taxed before it’s poured into your account, but after that you won’t face taxes on your earnings once you start making withdrawals later in life.

The key is that whatever you can accomplish with the money will be totally tax free.

Say you use that money to invest in a promising new tech startup, and that company takes off. Even if you end up selling those shares for a million times their initial value, you won’t owe any taxes on that growth.

Now you can turn around and invest your profits in more companies. As long as it all happens within a Roth IRA account, and you wait to cash out until you’re 59 and a half, you won’t owe a penny to the government.

How to make those perks work for you

All things considered, there’s not much the average taxpayer can do to prevent billionaires from exploiting the tax code. That’s a problem for lawmakers like Wyden.

What average individuals can do is build themselves a little tax shelter, too.

Most banks and brokerage firms offer these accounts. And if you’re not keen on making the big investment decisions yourself, you can always open an IRA through a robo advisor that will manage your retirement account for you.

One popular robo advisor will even let you boost your account by investing your “spare change.”

Your account may not grow to $5 billion, but by the time you’re ready to retire, you should be a little closer to living like the 1%.

This article provides information only and should not be construed as advice. It is provided without warranty of any kind.