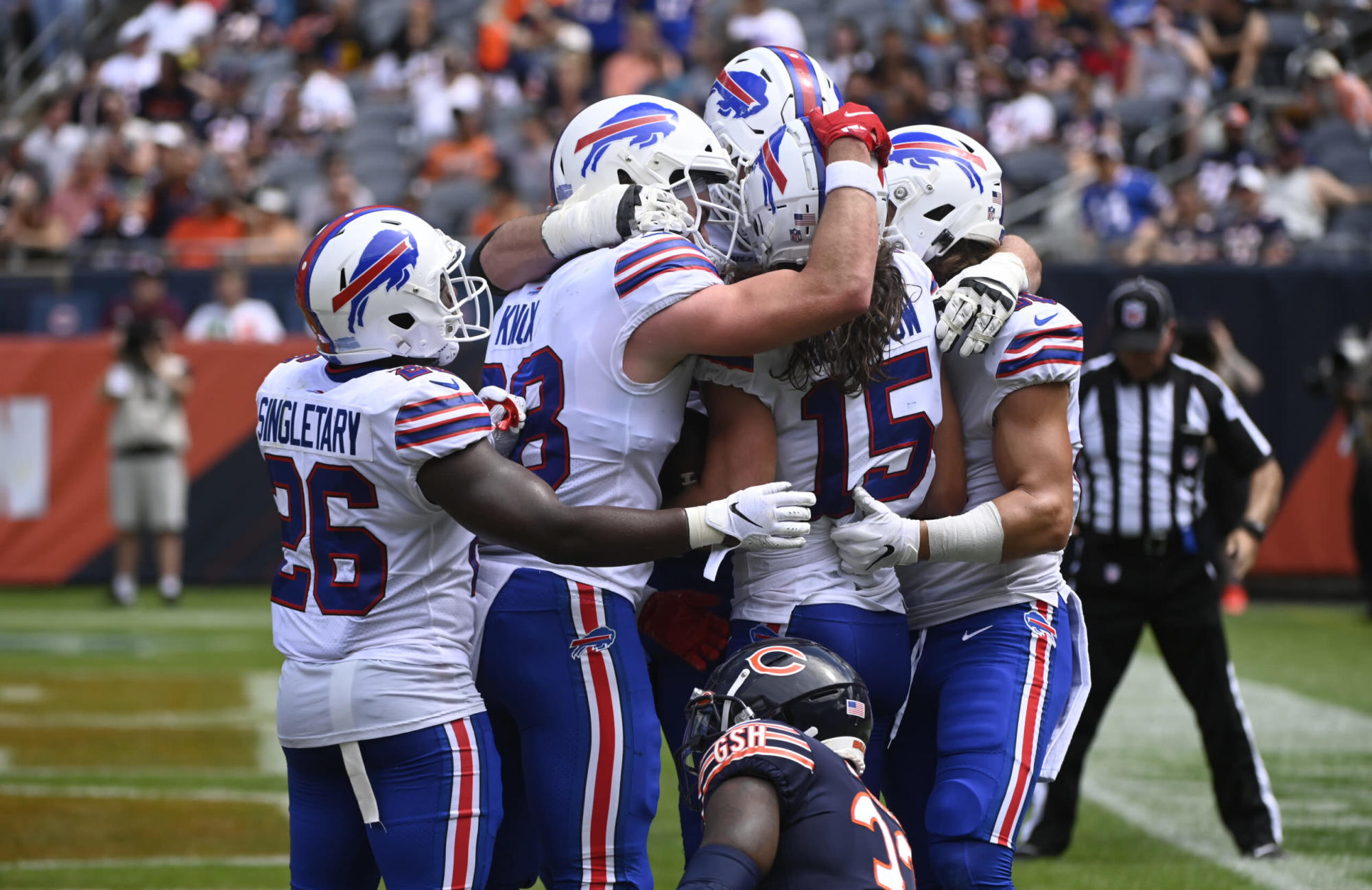 This was as close to a perfect preseason game as could have occurred. The game dubbed as the “Mitchell Trubisky revenge game” fell in the Buffalo Bills’ favor in every possible aspect.

The Bills dominated the Chicago Bears in all facets, winning 41-15 in Week 2 preseason action.

Trubisky played the first half in flawless fashion for the Bills. The 2017 second-overall pick had a day against his former team, going 20-of-28 for 221 passing yards and touchdown pass.

From the first series, Trubisky was in control. Offensive coordinator Brian Daboll started with a high tempo to start the game. From there, Trubisky was decisive in the pocket and accurate with his passes. It was an impressive first half, and it should give confidence that Trubisky can guide this team if he’s called upon in the regular season.

Along with the QB, the Bills running backs flashed throughout the game.

Devin Singletary had another nice outing, making it challenging to keep him off the field in the regular season. Singletary ran only two times, but the second rush found the end zone, as the third-year pro took a toss to the end zone on fourth down.

Matt Breida made a nice play in the red zone, taking a screen pass and cutting across to the one-yard line on an 18-yard reception. Breida rushed five times for 18 yards as well. Fullback Reggie Gilliam punched in two touchdowns from one-yard out.

Overall, it seems that each running back will have a role when the regular season commences. It also showed that the offensive line, even with starters mixed with reserves, can hold their own. In particular, it was promising to see left tackle Dion Dawkins get his first action of the preseason returning from his battle with coronavirus.

The Bills defense only allowed on 145 yards in the first half. They forced four Chicago three-and-outs with Andy Dalton at the helm of the Bears offense. Half of the yards allowed occurred on one play, as Rodney Adams reeled in a contested catch against Bills cornerback Siran Neal. Adams scored on the play, giving Chicago their first points on the afternoon.

Buffalo’s special teams also found the highlight reel, as Marquez Stevenson returned a punt 79 yards to the house. The entire play worked well for the Bills’ special teams unit, as Stevenson caught the ball with at least 10 yards of running room.

Buffalo’s defensive line worked well today, which will make it challenging for Sean McDermott and company to cut the roster down its final form. The depth positions in the secondary could be an interesting point to watch moving forward as well, as the Bills have options behind Tre’Davious White, Levi Wallace, Micah Hyde, and Jordan Poyer.

As it’s the preseason, it’s a time to knick-pick at some things in the game. However, most of the issues occurred with players deep on the roster bubble. When Justin Fields entered the game, the defensive line had to adjust to a mobile quarterback who could make something happen outside of the pocket. Even so, the unit improved at keeping Fields at bay as the game progressed.

The only challenge from this game: the roster bubble questions will still exist. Jake Kumerow put together a nice game, but it was matched by a couple of drops. Isaiah McKenzie fumbled a punt but returned with a solid overall game, catching seven passes for 72 receiving yards. Matt Haack, who isn’t facing a challenge on the roster, did not have a stellar day punting. Davis Webb fumbled on consecutive possessions. Tight end Dawson Knox had a drop.

But I’m reaching for negatives, especially in a four-score victory.

It’s all smiles in western New York. The bottom of the roster will have one more chance next Sunday against the Green Bay Packers at Highmark Stadium.

WATCH: NFL Network on what to watch for during Bills-Bears

PODCAST: Why Josh Allen extension was win-win for Bills