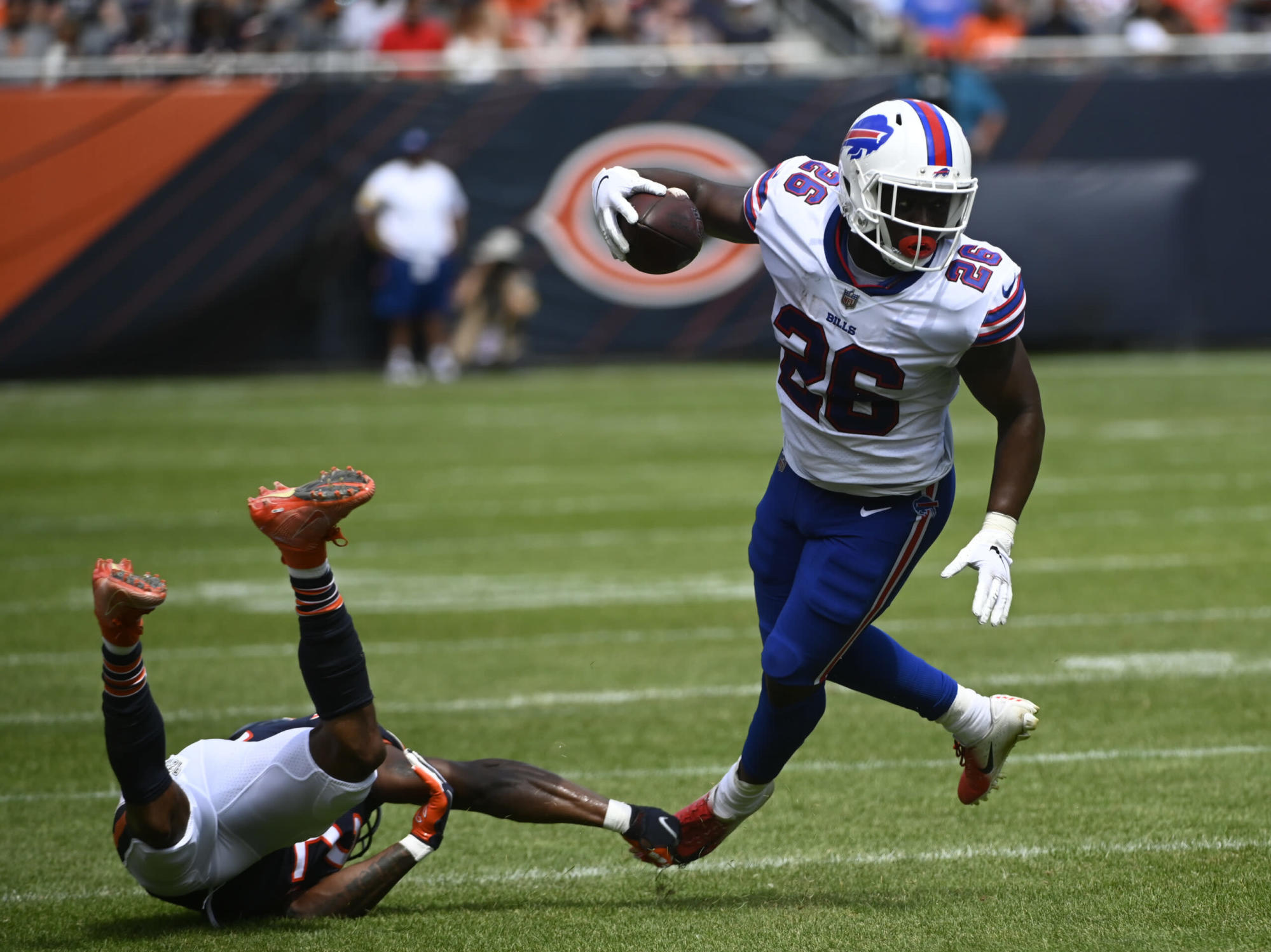 While it’s only the preseason, the Buffalo Bills racked up a high-scoring 41-15 win against the Chicago Bears at Soldier Field.

Although it was due in no small part to the record-setting passing game and emergence of quarterback Josh Allen, the Bills ground attack has been seen as an area in need of improvement.

Bills running back Devin Singletary got the ground scoring started in the first quarter, turning what appeared to be a play that wasn’t going anywhere on fourth-and-one into a 14-yard touchdown run.

Singletary had a down-year numbers-wise last season after a breakout 2019 rookie campaign and is looking to bounce back. In the first two games of the season, Singletary has done just that.

And it caught the attention of Bills head coach Sean McDermott, who liked what he saw from his players carrying the ball.

“Great effort. Guys were ready to play and to continue with that effort in the second half after the first half we had,” McDermott said during his media session. “We got off to a good start, and played well in all three phases. I thought some guys stepped up, guys that you don’t hear a lot about. Reggie Gilliam carrying the ball at the end and two big returns from Isaiah and Speedy (Marquez Stevenson).”

In the second quarter, Gilliam added two 1-yard rushing touchdowns for good measure, in a game that fell one day after his 24th Birthday. It was his first pair of scoring TD’s since high school..

“Going into the game, I had no idea I was going to be playing so much running back at the end,” Gilliam said while addressing the media. “So I was just going out there and playing football like I’d always done as a kid.”

The fullback plays as a blocking Tight End as well and saw time at that position last year with Buffalo after the team signed him as an undrafted free agent out of Toledo following the 2020 draft.

“Coach always says, ‘be ready to adjust and adapt’, that’s what I did today,” Gilliam added.

“Reggie is a real serious young man. Football is important to him. His role is important to him as well,” McDermott said. “Happy to see him have success. He’s worked hard. He’s a team player. We got short a little bit on the backs and we knew going into the game he was going to need to be ready to go.”

Stevenson left the game with a limp, however, among some injuries that took place in the second half. The receiver is getting an x-ray done on his foot/ankle per Buffalo Bills PR.

Next up, the team will face a potential Super Bowl opponent in the Green Bay Packers at 1 p.m. on Aug. 18 in Buffalo to roundout the preseason.

Here’s which Bills players are not suiting up vs. Bears