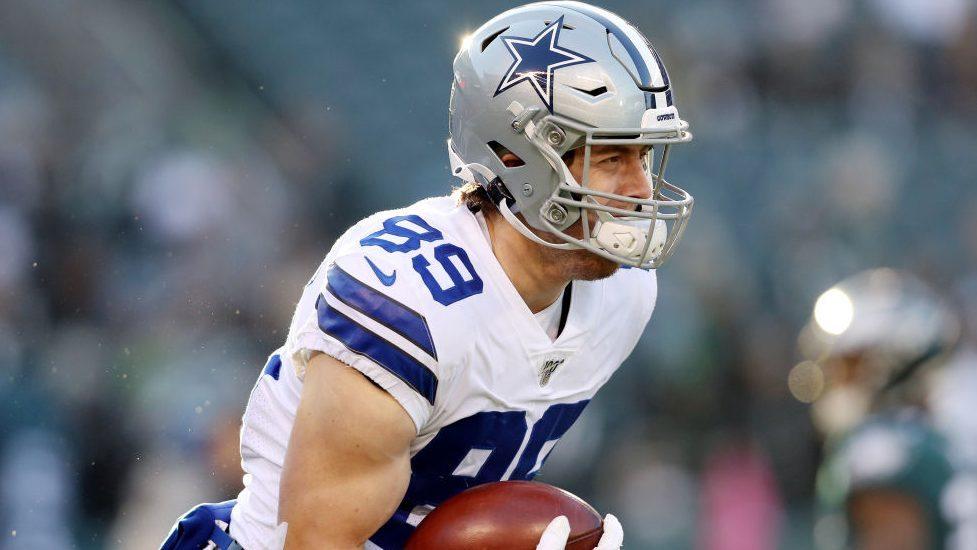 When the Cowboys signed tight end Blake Jarwin to a four-year extension before last season, it set the stage for Jarwin to step into a leading role on the team’s offense.

Jarwin’s time in that role lasted all of 25 snaps. Jarwin tore his ACL during the opening game of the 2020 season, which meant that he had one catch for 12 yards to show for what many expected to be a breakout year. Jarwin has been at the team’s offseason workouts, but isn’t participating as he looks toward training camp as his time to fully resume football work.

“There’s really no reason, I guess, to rush into it,” Jarwin said, via the team’s website. “Just make sure that I’m feeling good — and I feel good. I’ll just keep pushing along, and I anticipate, Day 1 of training camp, being ready to roll.”

Jarwin’s injury opened the door for Dalton Schultz to play a larger role and he took advantage of it by catching 63 passes. Jarwin said he’s excited to compete with Schultz and thinks “both of us on the field at the same time will be awesome” for a Dallas team looking to bounce back from a disappointing season.