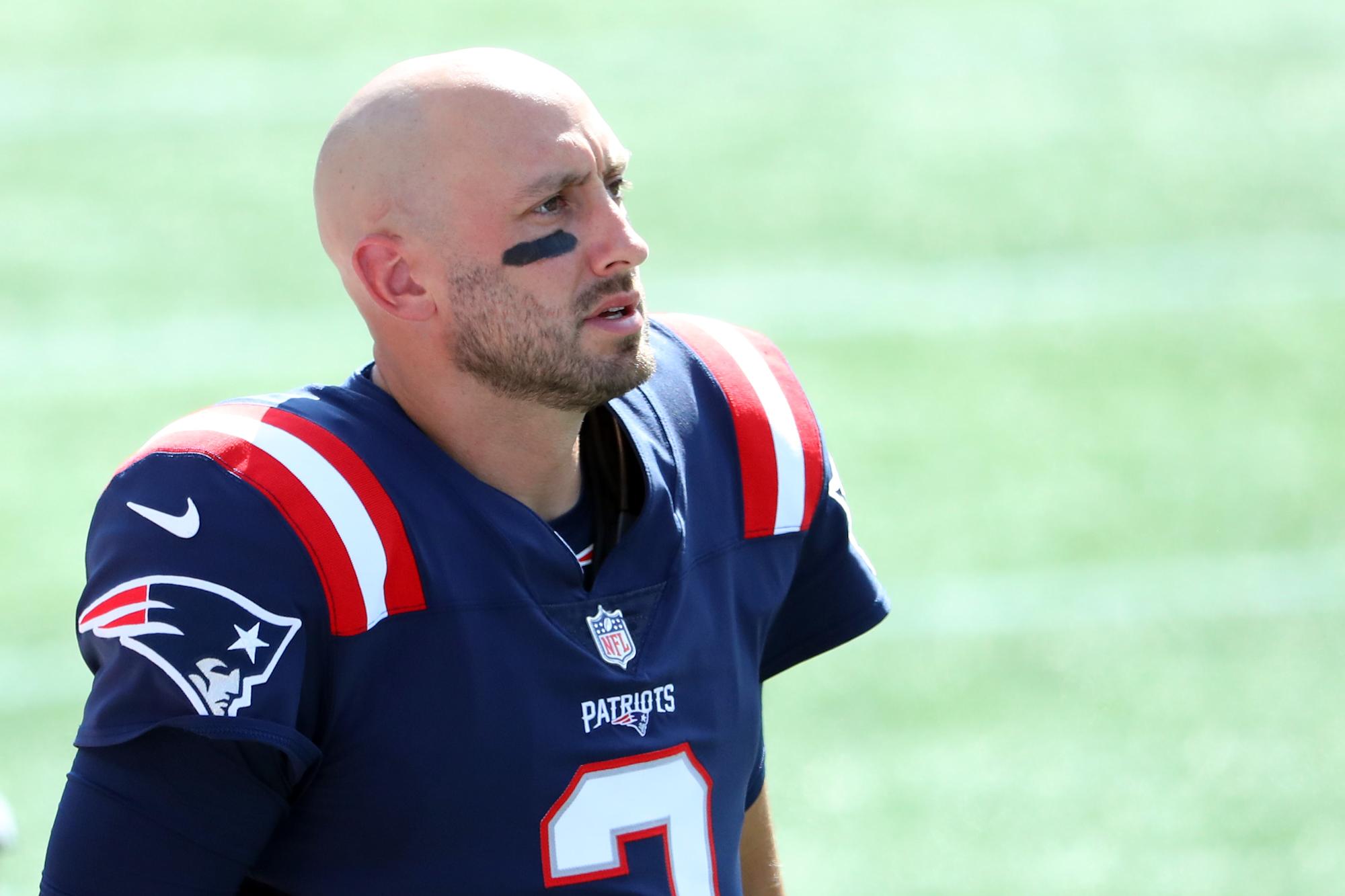 The New England Patriots are bringing back old friend Brian Hoyer, who is in his third tour with the team.

Hoyer signed a modest one-year deal, according to the Boston Globe. It’s expected to be for lower-end money; a year ago, he signed for one year, $1.05 million.

Now the question is: Which ones stick? Bill Belichick hasn’t kept four quarterbacks on his roster since 2000, and the Patriots appear to have their deepest depth chart in a few years.

Brian Hoyer figures to have the edge

Hoyer started and played in only one game last season as a last-minute replacement for Newton at Kansas City. It didn’t go well, as Hoyer completed only 15 of 24 passes (62.5% completions) for 130 yards with one INT, a fumble and a fourth-down sack in the red zone in a 26-10 loss in which the Patriots’ defense played fairly well.

Getting that start over Stidham seemed to indicate that Bill Belichick trusted the more veteran Hoyer over Stidham at that point, but Stidham replaced Hoyer in that game and went on to relieve Newton a total of five times last season. He completed 22 of 44 passes (50.0%) for 256 yards, two TDs and three picks. In his 48 career pass attempts, Stidham has four INTs.

If the Patriots keep three quarterbacks, the 35-year-old Hoyer would appear to have the early edge. It’s also possible that the Patriots only keep two quarterbacks on the roster, but this move gives them flexibility to make Hoyer the early-season backup while Jones is immersed in the system.

Stidham is a former fourth-round pick in 2019, and he doesn’t turn 25 years old until training camp. Perhaps a team such as the Tennessee Titans might be interested in upgrading its QB position behind Ryan Tannehill, but there might be other clubs willing to kick the tires on Stidham, even though he’s never started a game in the NFL.