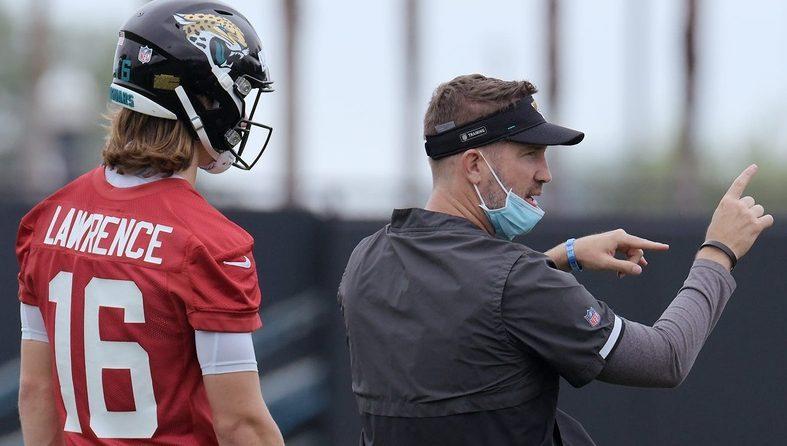 Trevor Lawrence will be the Jaguars’ starting quarterback this season. But Jaguars passing game coordinator and quarterbacks coach Brian Schottenheimer won’t say so just yet.

Schottenheimer said today that the Jaguars have not yet named their starting quarterback for the 2021 season.

“It’s still too early to say how this thing’s going to play out,” Schottenheimer said, via Michael DiRocco of ESPN.

But it’s not too early to say: The Jaguars were fortunate enough to have the first overall pick in the 2021 NFL draft, when Lawrence — a once-in-a-generation prospect — was available. The Jaguars got the franchise quarterback they were desperate for. They’re going to play him, not tell him to hold a clipboard and watch Gardner Minshew.

Coaches, however, don’t like to give anything away, even the most obvious things, like that Lawrence is going to be the Jaguars’ starter. So it may be a couple months before they make it official, but Lawrence will be the starter for the Jaguars in Week One.