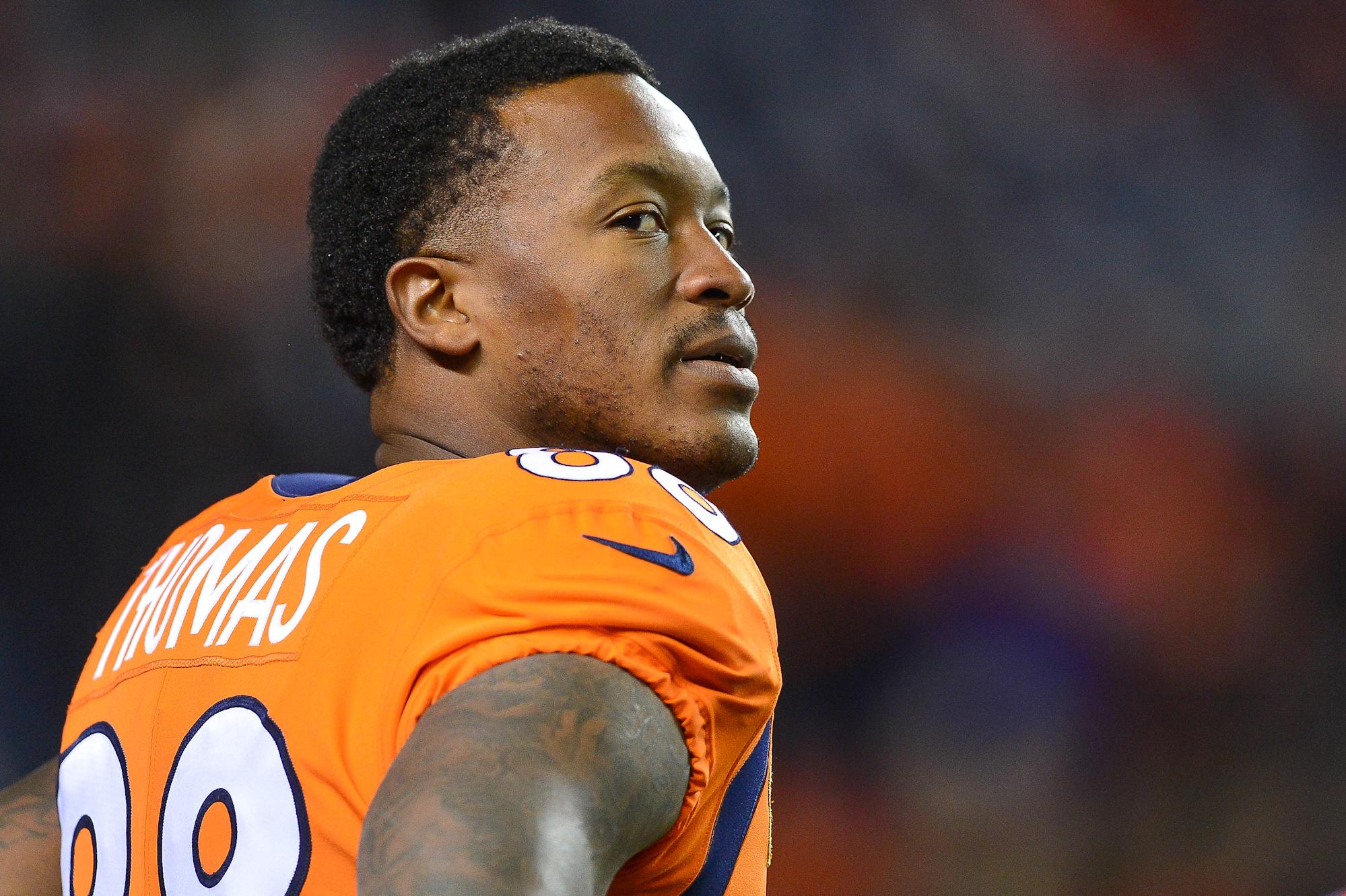 Demaryius Thomas is calling it quits.

The four-time Pro Bowl wide receiver who won a Super Bowl with the Denver Broncos announced his retirement on Monday at 33 years old in a social media video.

“I’m Demaryius Thomas, and I’ve finally came to a decision to hang it up,” Thomas said in the video shared by the Broncos. ‘I’m going to retire, and I’m gonna to retire a Denver Bronco.

“I’m honored and I’m grateful. I’m appreciative. There’s so many things I can say. I’m just happy to say I’m done, and it did me well.”

The Broncos selected Thomas out of Georgia Tech with the 22nd pick as the first receiver taken in the 2010 NFL draft, two picks ahead of Dez Bryant. He was the first of two first-round picks by the Broncos, who took Tim Tebow with the 25th pick.

Thomas and Tebow played two seasons together in Denver. The pair connected for one of the most memorable plays in playoff history, an 80-yard catch-and-run on the first play of overtime to eliminate the Pittsburgh Steelers in the 2012 wild-card round.

Tebow congratulated Thomas on his career and his decision to retire in a video shared by the Broncos on Monday.

“You made other people’s lives better because they were in your presence, and I think that is really cool,” Tebow said.

At his peak, Thomas was one of the game’s most dominant offensive weapons, a dangerous combination of size (6-3, 225 pounds), speed and talent. He produced three straight seasons from 2012-14 with at least 1,400 receiving yards and 10 touchdowns as Peyton Manning’s top target. He tallied 1,304 yards and six touchdowns during the Broncos’ 2015 Super Bowl season.

Thomas finishes his career with 724 catches for 9,763 yards and 63 touchdowns in 10 seasons. He played eight of those seasons in Denver before a mid-season trade to the Houston Texans in his ninth season. He played his final season with the New York Jets in 2019. He did not play in 2020.

His 9,055 receiving yards with the Broncos ranks second in franchise history behind Rod Smith (11,389 yards). The Broncos plan to honor Thomas during their home opener against the Jets on Sept. 26.