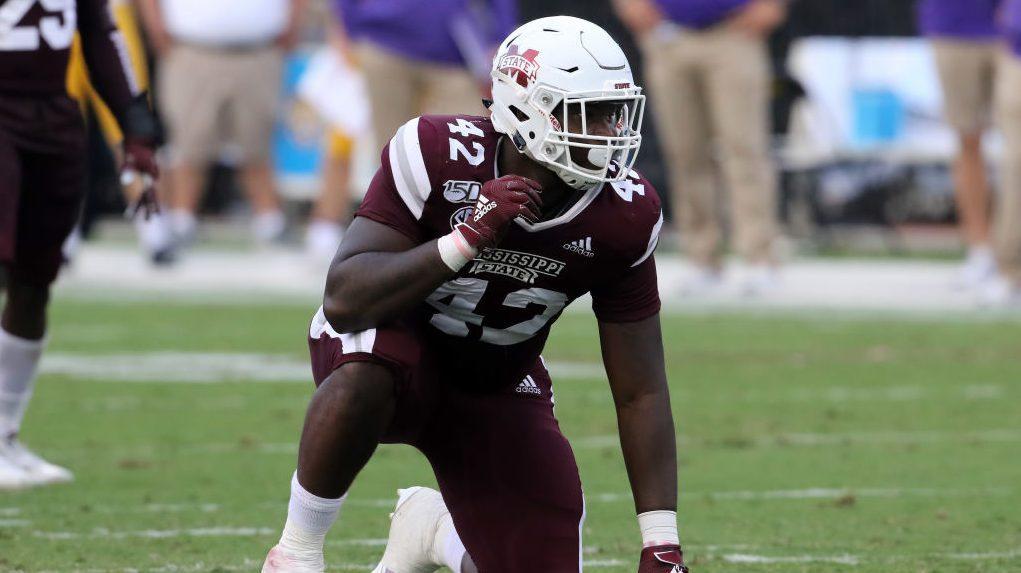 The Denver Broncos have signed seventh-round defensive end Marquiss Spencer to his four-year rookie contract, the team announced on Thursday.

Spencer was the 253rd overall pick of the NFL Draft out of Mississippi State. He was the final selection of Denver’s 10-man draft class.

Spencer is the fifth member of the class to sign his contract along with fifth-rounders Caden Sterns and Jamar Johnson, sixth-round pick Seth Williams and fellow seventh-round pick Kary Vincent Jr.

Spencer appeared in 46 career games for the Bulldogs during parts of five seasons with the team. He recorded 110 total tackles with 7.0 sacks, a forced fumble and an interception.